Check out the following graphic by VPAP showing the diversity – or lack thereof – among the Democratic and Republican candidates (incumbents and non-incumbents) running for Virginia House of Delegates this year.

Now, it would be one thing if the Republicans’ lack of diversity still somehow resulted in  them advocating for policies that moved Virginia forward. Instead, it’s the exact opposite, with the old White guys in the VA GOP pushing for policies that would harm almost everybody except possibly for wealthy White men. You think those two things (the lack of diversity and the godawful policies) might be connected in some way? Hmmm… 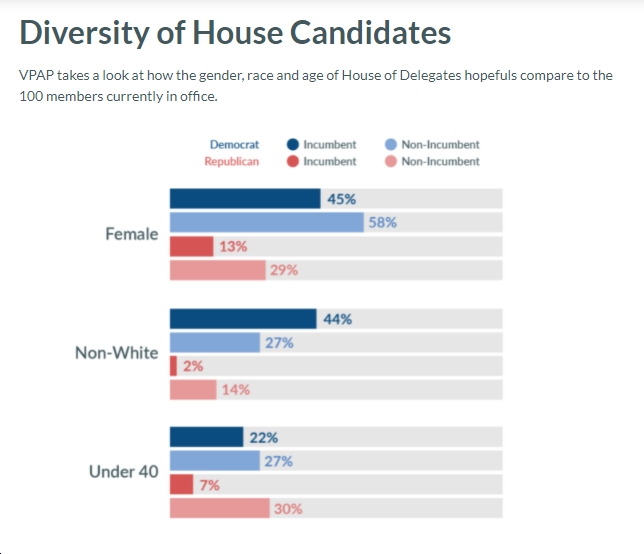