What the @#$@!??? See below for some tweets, as well as a press release from the Democratic Party of Virginia, regarding “a new report… highlighting how extreme Glenn Youngkin’s allegiance to Donald Trump truly is. As DPVA says:

At a recent campaign event, Youngkin suggested that the courts could reinstate Trump into office:

“I don’t know the particulars about how that can happen, because what’s happening in the court system is moving slowly and it’s unclear. And we all know the courts move slowly.”

This unhinged conspiracy theory — and anyone who is willing to advance it — belongs nowhere near the governorship.

By the way, anyone who ever bought that this nutjob was a “moderate” in any way (or would “pivot” in that direction) is just too clueless and/or “terminally naive” for words…

No, Glenn. Your boss isn’t moving back into the White House. Stop spreading the Big Lie. #VAGovhttps://t.co/7C4T9tz4A9 pic.twitter.com/QX9S4pPxJW 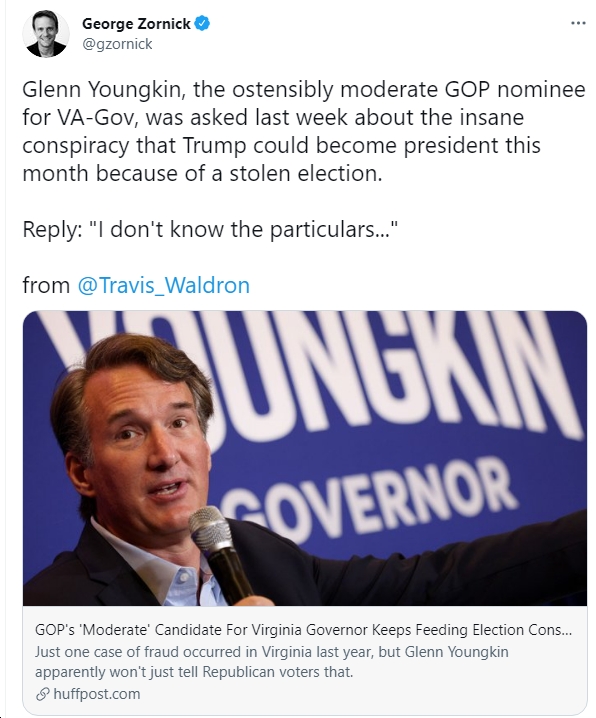 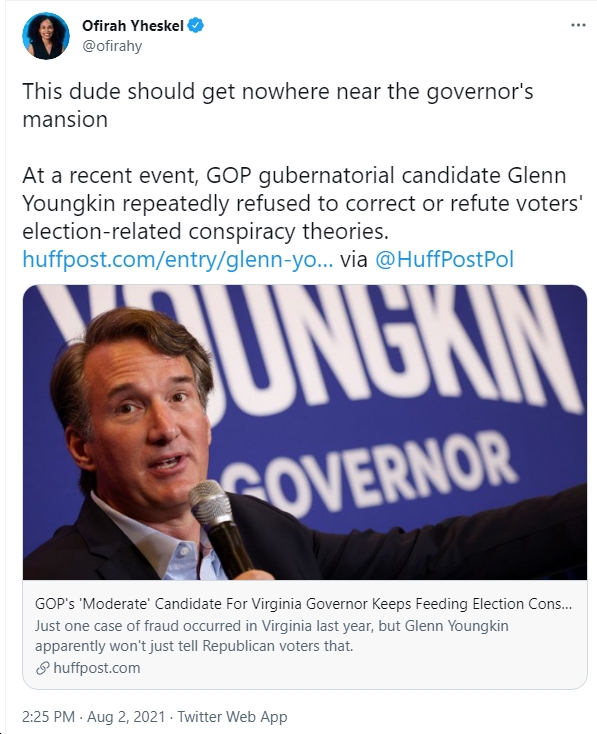 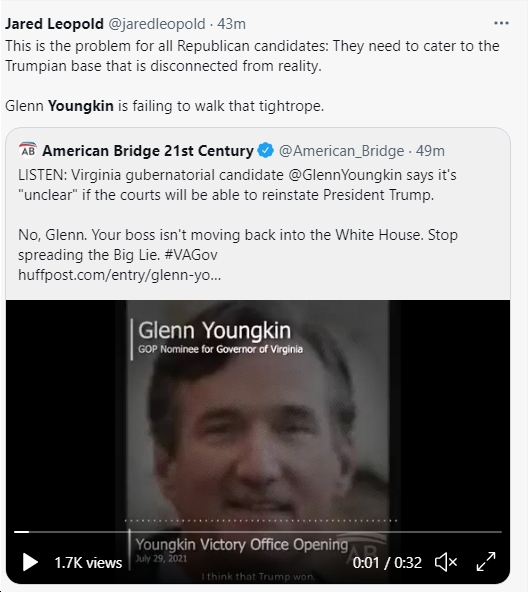 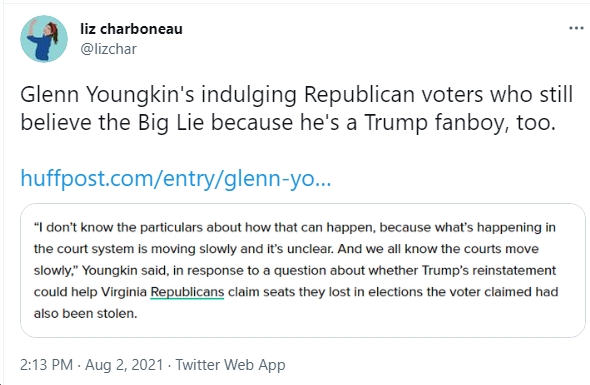