This morning, the Cook Political Report moved the Virginia governor’s race to “Toss Up,” from “Lean Democratic” previously. Cue the panic?  Maybe, maybe not, but here are a few thoughts, with just 39 days until election day on 11/2. 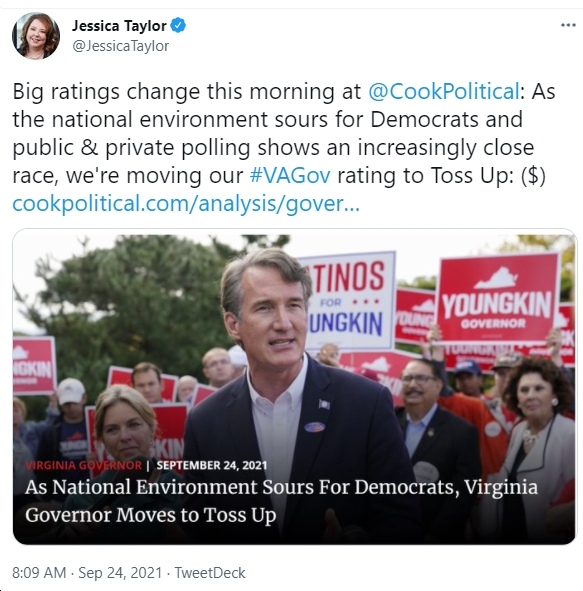 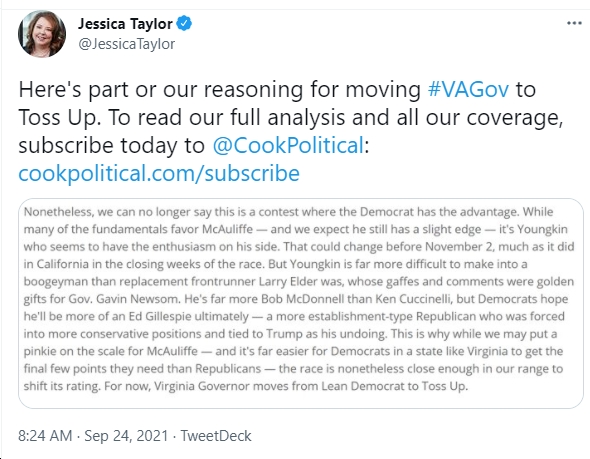 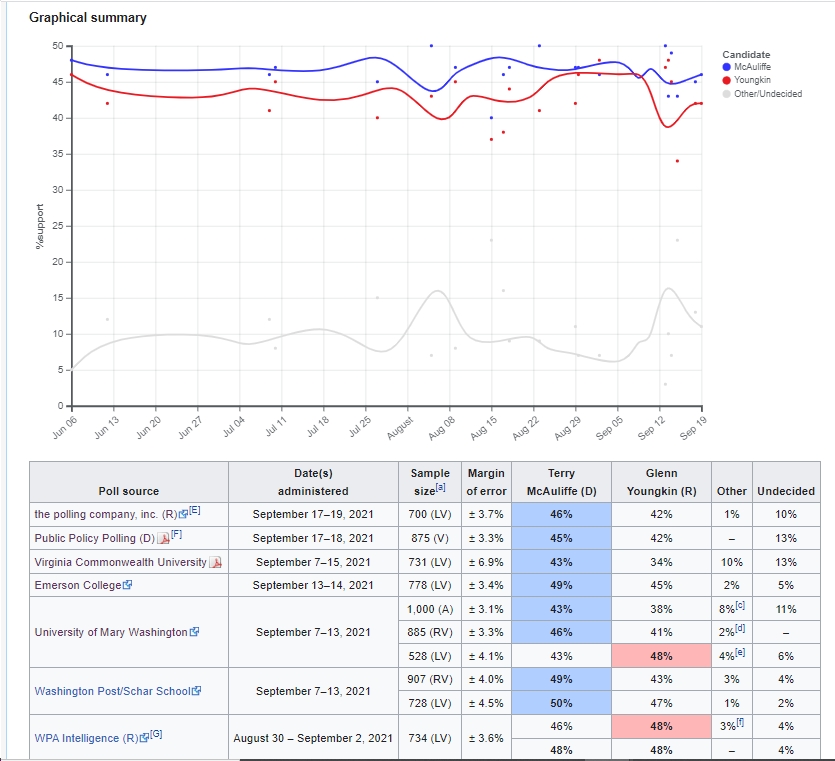 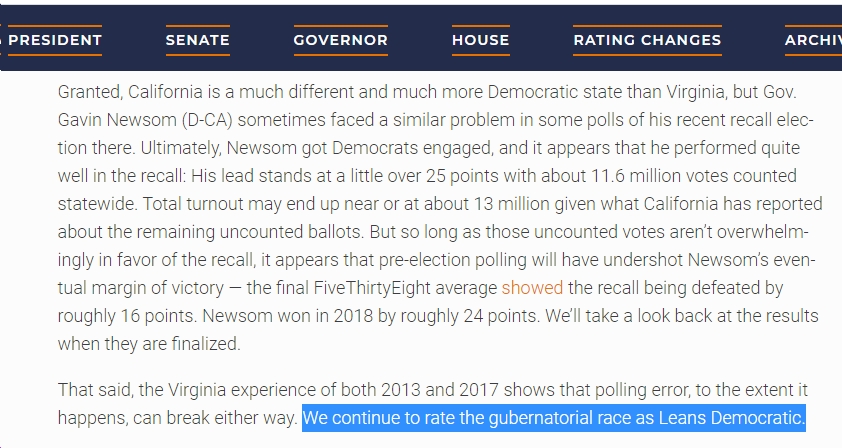