“With only 37 days left to complete its work, the Virginia Redistricting Commission on Thursday was shown preliminary maps for new state House and Senate districts that cover a portion of Northern Virginia.

The release of the maps came as a surprise to many, including some Commission members. The maps were drawn in recent days by two Commission-retained consultants — one Republican, one Democratic — at the behest of the two citizen co-chairs.

Greta Harris, the Democratic citizen co-chair from Richmond, told commissioners meeting remotely that the plan over the next month was to break the state into regions and tackle one a week until the work is done.

The first region consists of Fairfax County, Arlington County and the cities of Alexandria, Falls Church and Fairfax. The Republican and Democratic consultants lacked the time to discuss their proposals, so they each presented separate mapes, one for the House and one for the Senate…

…VPAP has a map of the proposed districts, a chart showing how the partisan lean of each existing district would change and a list of two or more incumbent legislators who would be placed in a single district.

At the meeting, some legislative members drew attention to flaws in the maps, including a lack of consideration for town boundaries by the Republican consultant and the fact that mapmakers had no access to “communities of interest” identified by interested citizens.

Harris said the maps were very preliminary and said she hoped the consultants would work together to come up with a single map. The next Commission meeting is Thursday, September 9.” 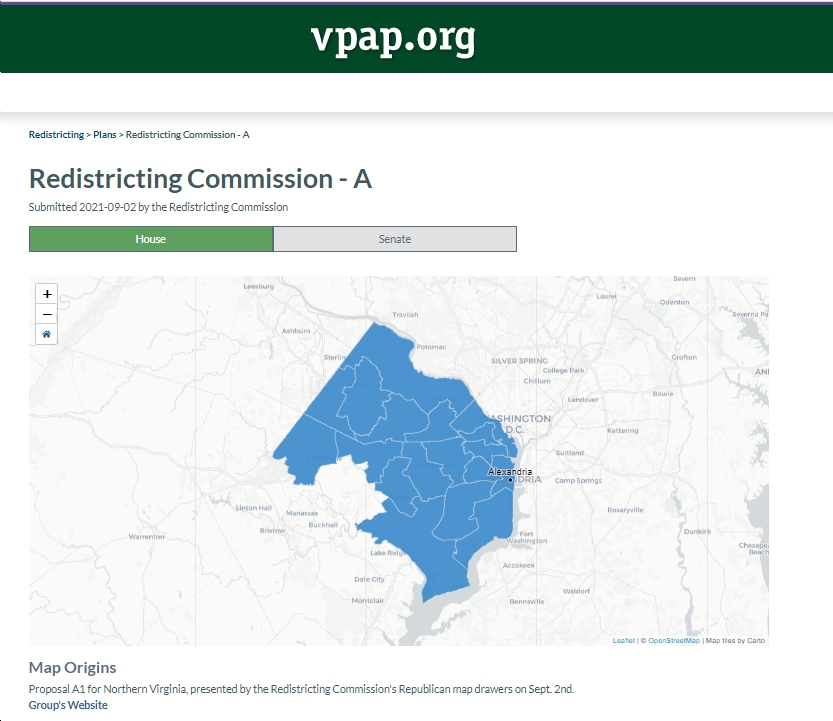 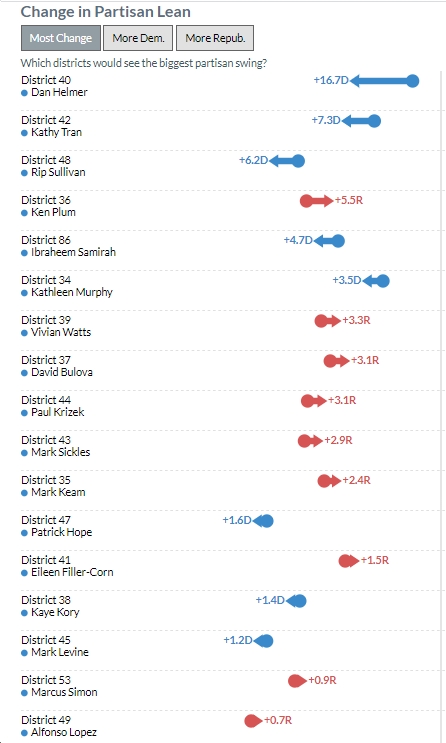 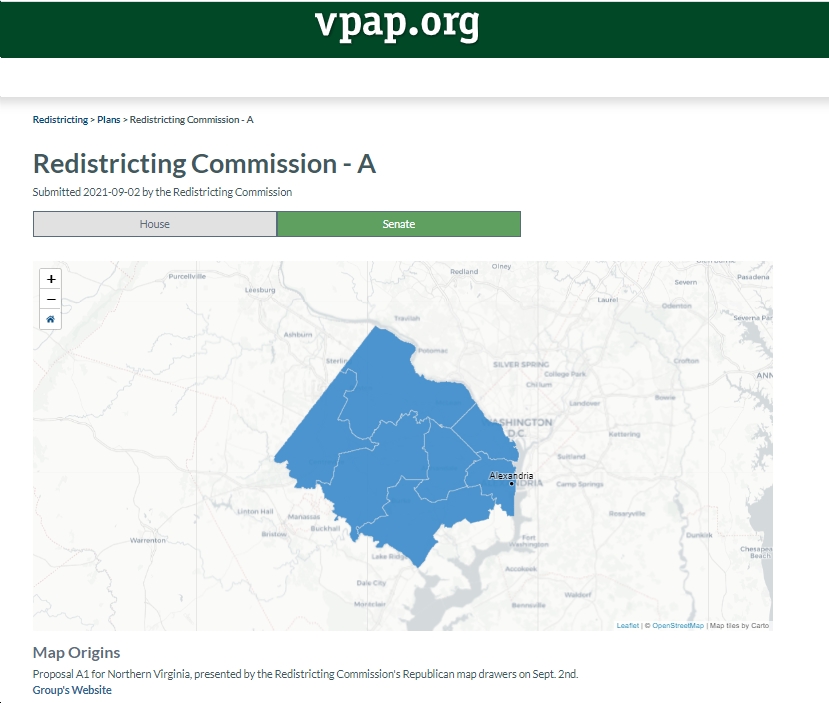 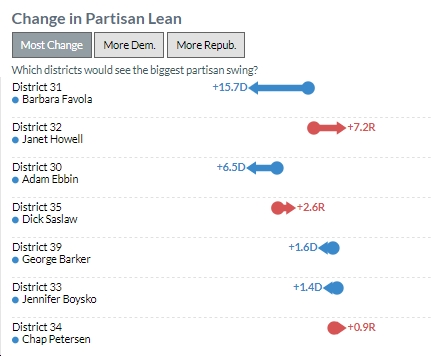 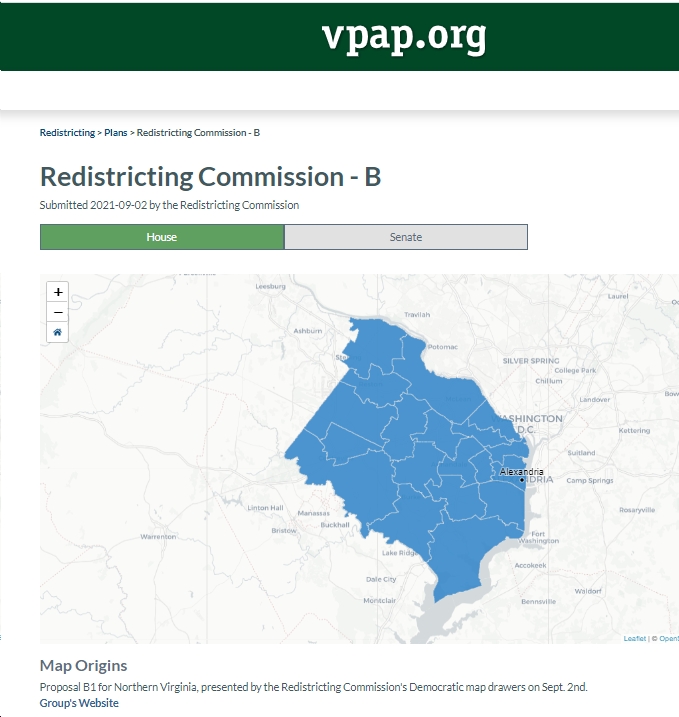 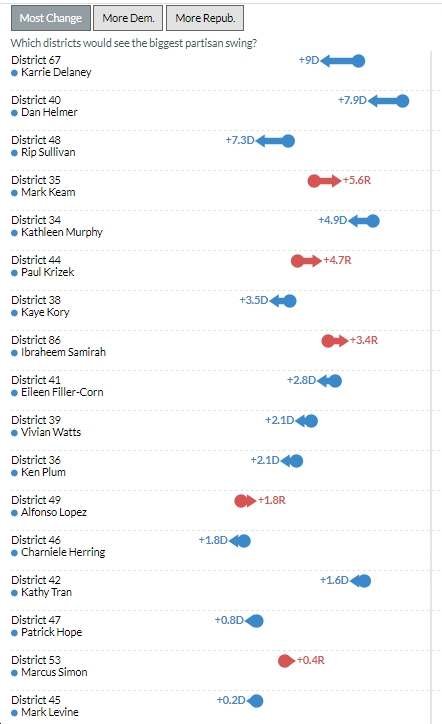 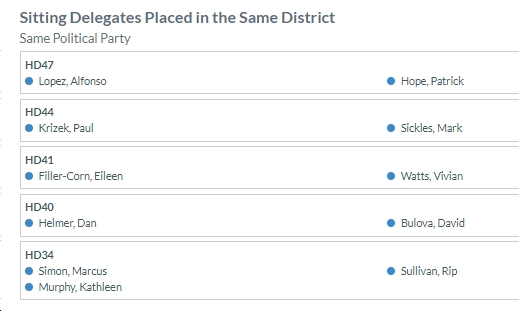 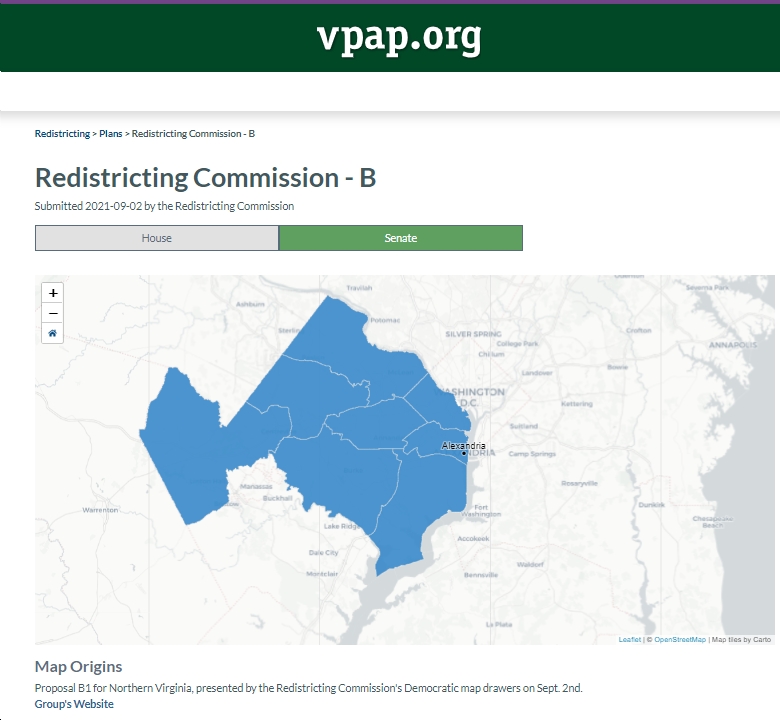 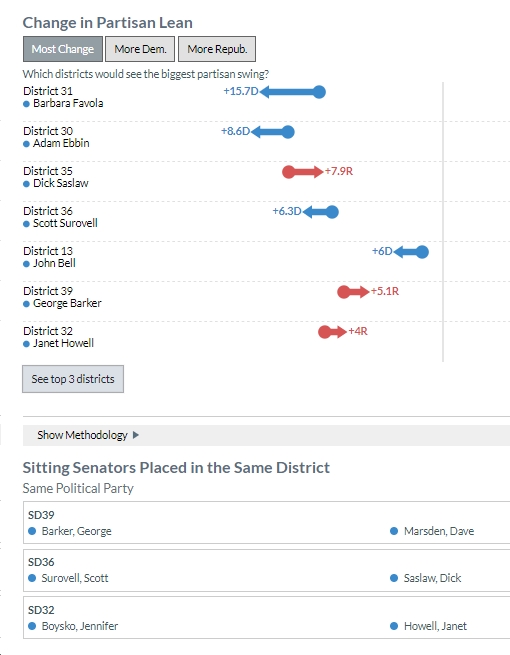