As soon as it finishes uploading to YouTube, I’ll put up video of the intense, sometimes emotionally heated first hour of today’s Virginia Redistricting Commission meeting. For now, see below for some highlights from VAPLAN, reporter Graham Moomaw and Sierra Club Associate Attorney Ankit Jain. I’d echo strongly what Cindy/VAPLAN said, which is that: a) Republican Commissioner Harrell’s spiel was really ignorant and absurd; b) Del. @marcussimon is spot on, “propos[ing] language to give to map-makers re: not diminishing (rel to past legally enforceable maps) the ability of minority voters to choose a representative of their choice”; c) Democrats on the commission should STRONGLY take note – and do the opposite – of Sen. @ryanmcdougle (R), who said “he hasn’t had time to ‘disseminate’ {sic} it, but will vote against it,” and also note that McDougle’s fellow Republican member Sen. Bill Stanley agrees with him. 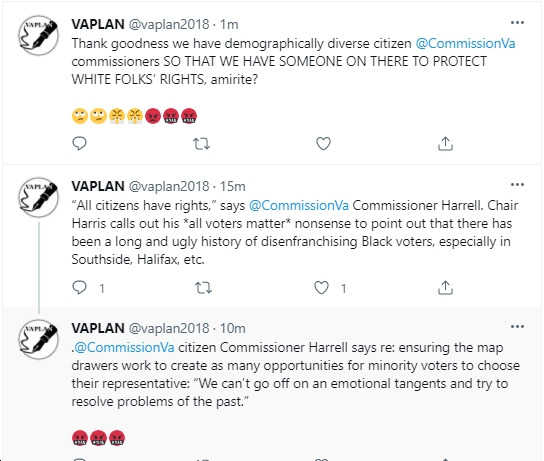 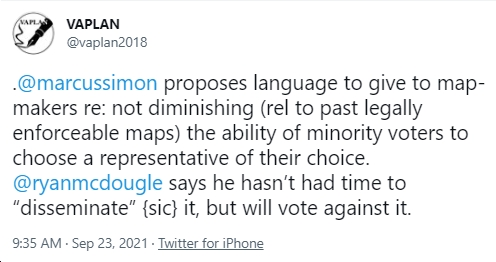 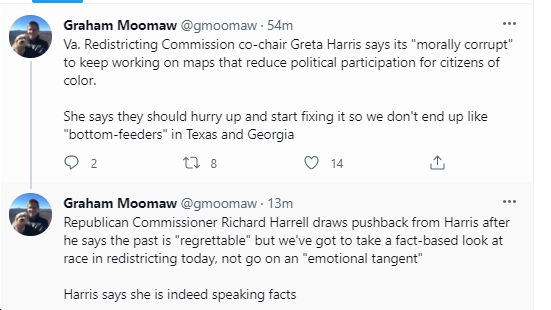 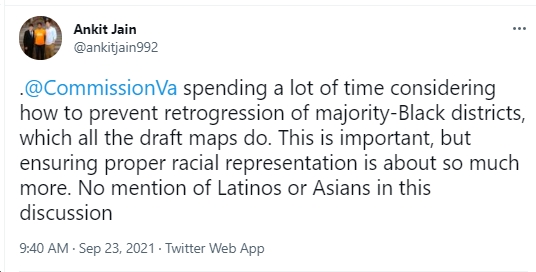 Whether on Voting Rights, Labor Rights, Environmental Protection, or Racial Equity/Economic Justice, Glenn Youngkin Would Have Been (and Is Today) the Antithesis of Dr....