LOS ANGELES, CA — On the heels of MeidasTouch, a leading pro-democracy Super PAC, launching the hard-hitting ad “#TrumpinHiding” on TV in Mar-a-Lago after Donald Trump was not invited to campaign in Virginia ahead of the gubernatorial elections, yesterday the former President released a statement where he blasted FOX News for daring to run commercials that are critical of him.

Donald Trump’s statement can be found here or below: 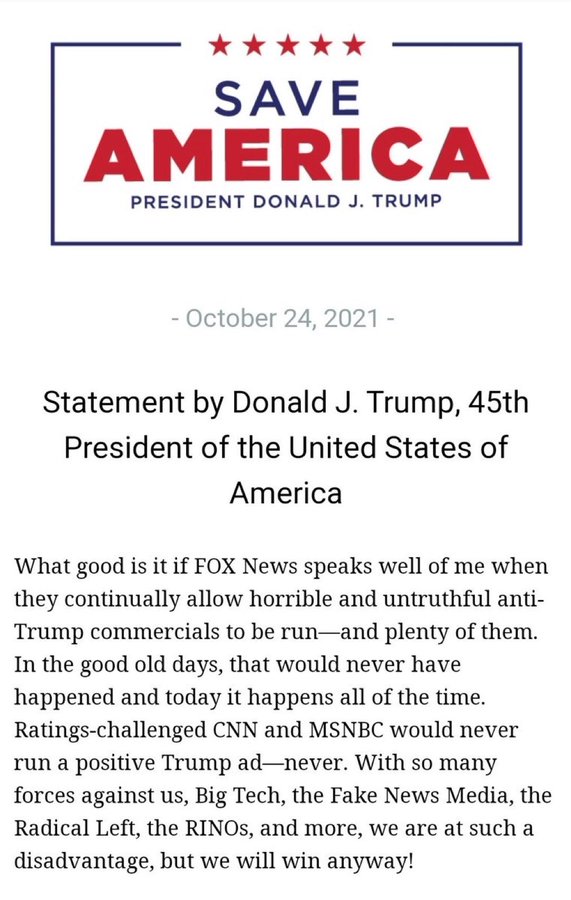 The ad “#TrumpinHiding” can also be found here or on the image below: 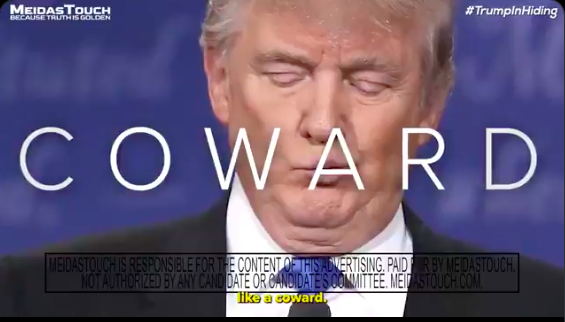 Reacting to the former President’s cowardly statement, Brett Meiselas, one of the founders of the PAC, stated:

“We already knew Trump was a pathetic loser, but hopefully his unhinged tirade at seeing our ad also showed voters in Virginia how heavily invested Trump is in destroying the state by having his proxy Youngkin elected.”

MeidasTouch is a progressive Democratic PAC founded by three brothers, all lifelong Democrats, Ben Meiselas (35), Brett Meiselas (30), and Jordy Meiselas (27) during the quarantine.  Ben is an accomplished civil rights litigator, entertainment dealmaker, and nonprofit leader. Brett is an Emmy Award-winning video editor, and Jordy is an award-winning marketing supervisor. MeidasTouch has produced over 500 videos since the 2020 election, which have been viewed more than a billion times, continuing their efforts in Georgia with the same success. MeidasTouch has revolutionized political ad making and campaigns for the digital age and has amassed a following larger than any political action committee in the country.