This morning on “The Sunday Show With Jonathan Capehart,” Terry McAuliffe DID appear to talk about his record, his vision for Virginia and the stark contrast with his Trump-endorsed, insurrectionist-supported opponent, Glenn Youngkin. See below for video and a few highlights, including at the end of the interview, where Jonathan Capehart notes that MSNBC as asked Youngkin “numerous times” to appear on the show, but that Youngkin has “declined.” This isn’t an isolated situation, either, as Youngkin also has blown off CNN, is literally sneaking around in back alleys (see below) in an attempt to avoid answering questions about his extremist views/supporters, but IS appearing on faaaar-right media outlets, whether far-right talk radio or white nationalist Tucker Carlson or also-white-nationalist Sebastian Gorka, etc. In short, Youngkin is almost completely avoiding the “mainstream media” but IS courting the far-right, white nationalist/supremacist media.  Anything else you need to know about why it’s crucially important to vote on or before 11/2 for Democrats up and down the ballot? With that, here are a few key quotes by Terry McAuliffe on Jonathan Capehart’s show this morning:

“Despicable, disgraceful, unpatriotic, un-American, and he needs to come out much stronger and condemn it,” Democratic gubernatorial candidate @TerryMcAuliffe says of Glenn Youngkin supporters pledging allegiance to a Jan. 6 flag at a rally. #SundayShow pic.twitter.com/IVwKQnpHp1

Yes, that is GOP candidate Glenn Youngkin going on Sebastian Gorka's show. Gorka has sworn a "lifelong allegiance to a Hungarian Neo-Nazi group" + "published articles in a white nationalist newspaper." 🤮 🤮 🤮 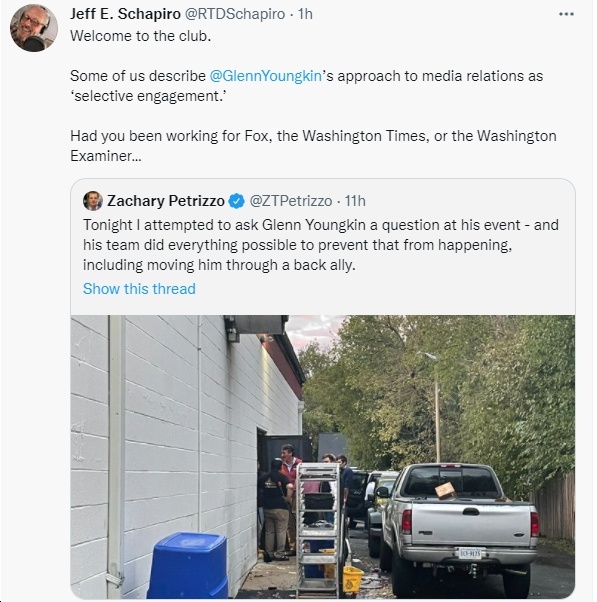 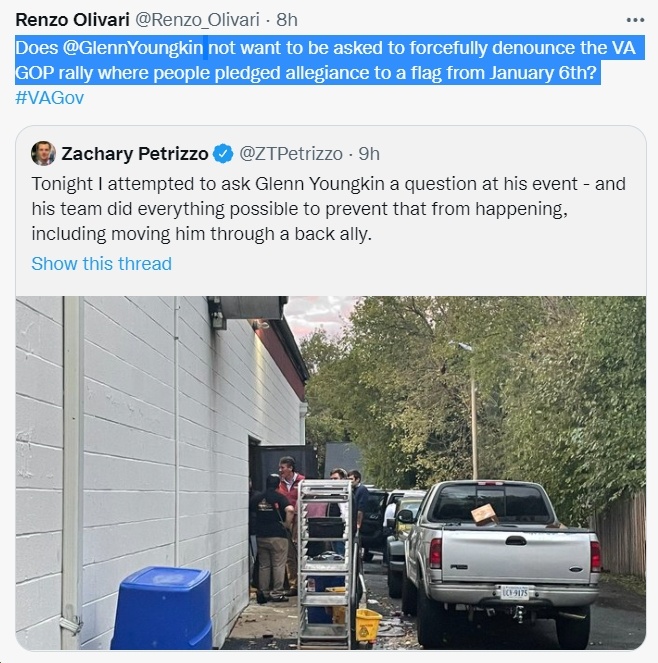