Secretly recorded video of his speech reveals that Glenn Youngkin participated in the Virginia Tea Party’s “Backlash to Socialism Summit” this past June, which featured two keynotes:  Del. Nick Freitas (#HD30) in the morning, and Chinese Communist conspiracy theorist Trevor Loudon in the afternoon.

Youngkin spoke via a pre-recorded video in which he says that while he could not attend in person, he was present “in spirit.”  Kelly Weill of The Daily Beast wrote a great exposé of Youngkin’s appearance and of his attempts to hide and even to deny it as he seeks to convince suburban Republicans that he’s not a Trumpian extremist.

Also present at the event was Del. John McGuire (#HD56), who was recorded congratulating Loudon, asking for his card, and asserting that the Virginia Assembly has suffered pervasive infiltration by the Chinese Communists, casting doubt on even those members of his own party who vote for “Democrat stuff” (see Blue Virginia).

Loudon’s speech, the first 30 minutes of which is available here, ranged widely, though with the basic theme that the United States is losing its democracy to pervasive infiltration by the Chinese Communist Party (Canada is already gone, by the way).  Highlights of Loudon’s allegations include:

According to The Daily Beast article, Youngkin claims not to have known who the speakers were in advance of the event; however the speaker list (minus Youngkin) was available online – and then there’s always the good old-fashioned telephone call.  Or texting!  They could have found out in a heartbeat.

Kelly Weill also received word from an anonymous source within the Tea Party that Youngkin’s name was not included on the speaker list because he did not confirm until the last minute; however, his name IS listed on this YouTube promo, which was posted five days prior to the event.  And none of those excuses account for the fact that, as Weill points out, neither the Virginia Tea Party nor Youngkin posted photos on social media of Youngkin after the event, though Youngkin has other postings on his whereabouts that day and the Tea Party has more than 60 photos that include every other speaker on its Facebook page.

No, none of these excuses will fly.  Youngkin is following a now-familiar pattern of trying to hide his extremist tendencies from voters. The truest thing he said in his speech was that he was present “in spirit.”  While he didn’t allude in his speech to a “specter haunting America,” he did fall back on Republican boogeymen both old and new: if Democrats are elected, there will be crime and chaos in the streets and the murder rate will go up (racists, do you hear that old dog whistle?) and election fraud will be rampant.

We must do all we can to keep Glenn Youngkin and extremist members of our General Assembly, such as Nick Freitas and John McGuire from holding power.  If they are willing to participate in events where the featured speaker instills distrust in our major institutions, our neighbors and allies, and in the political process itself, then they themselves do not deserve our trust.

But we can stop the madness by voting between now and November 2nd, and by contributing to the Democrats running against Youngkin, Freitas, and McGuire:  Terry McAuliffe, Annette Hyde, and Blakely Lockhart. 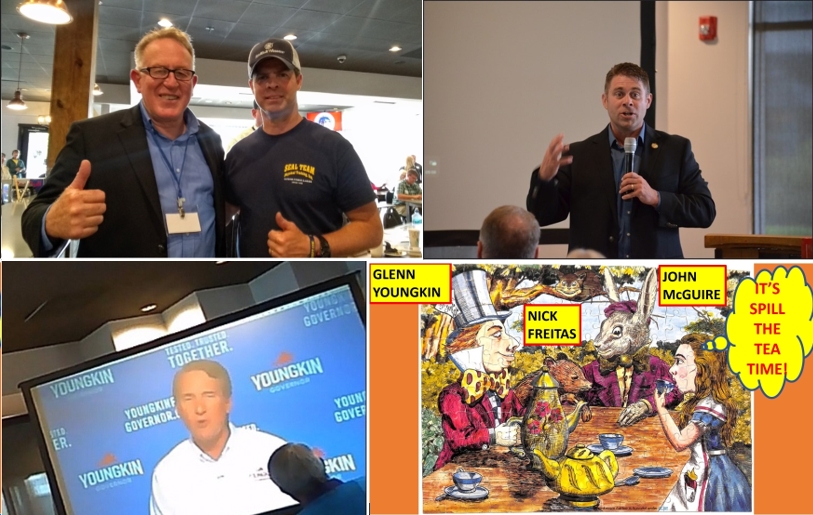 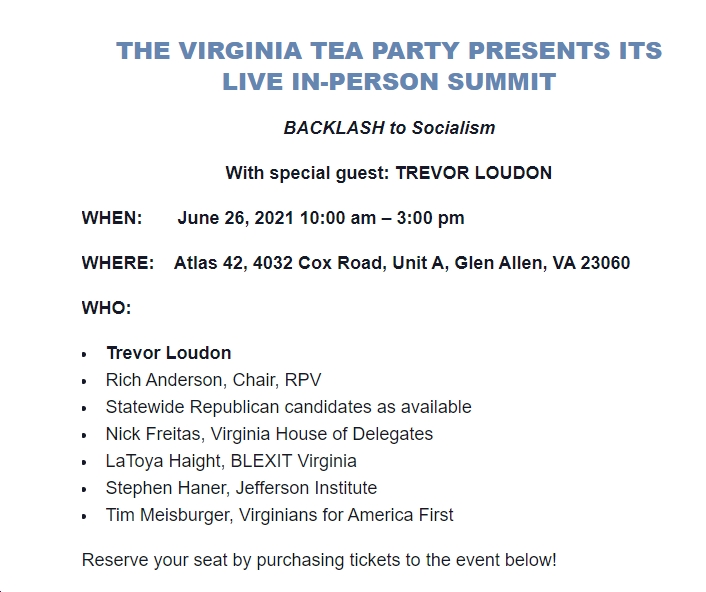 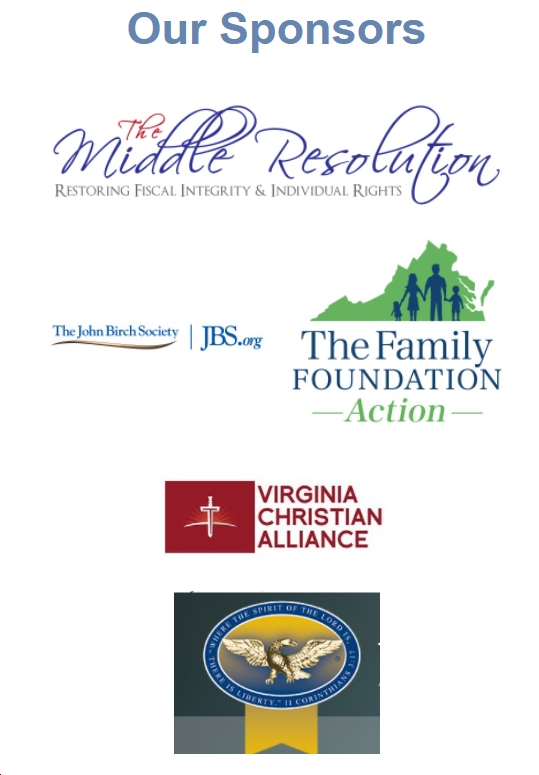 “BREAKING: Gov. Youngkin accused of lining his own pockets at the expense of police officers and firefighters!”