There are so many accomplishments by the VA House Democrats’ Classes of 2017 and 2019, it’s hard to know where to start! Just incredible, really…massively improving Virginia in just two years, with 100s of pieces of progressive, clean energy, environmental, etc. legislation passed by VA House Democrats. See below for some of the accomplishments, courtesy of a Twitter thread started by VAPLAN.  I’d add a bunch, including (just a VERY short list!):

And SO much more, such as in the following items in VAPLAN’s Twitter thread. Finally, thanks so much to Virginia House Democrats – both members who will be returning and those who will not be, sadly – for the incredible work you all did the past two years with a hard-earned Democratic majority! Now, we’ve got to make sure that NONE of these gains are rolled back by Republicans, as much as they’d love to do so! 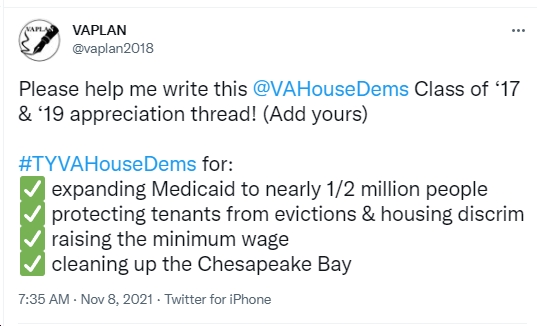 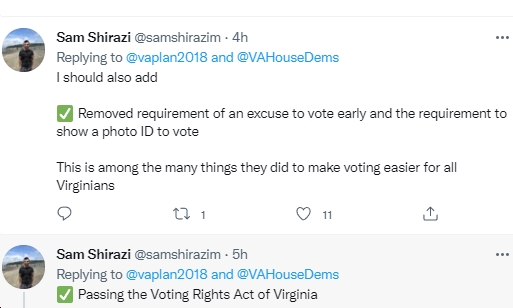 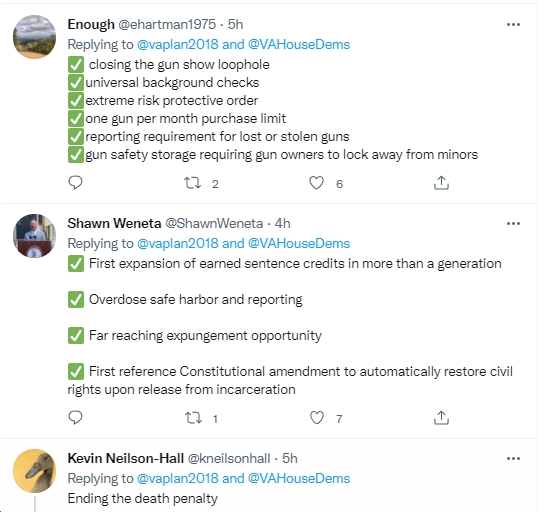 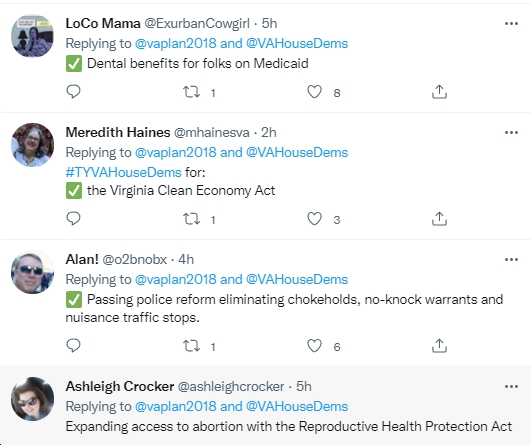