Thanks to Gov. Ralph Northam and First Lady Pam Northam for their service, and specifically for leaving Virginia a *much* better place than when they started. See below for a thread by the PBS NewsHour’s Chief Washington Correspondent, Geoff Bennett, who writes:

Following his 2019 yearbook scandal, @GovernorVA  Ralph Northam told me in an interview he would prioritize racial equity policy. As his term ends tomorrow, it’s worth noting the breadth and depth of what he and state Democrats accomplished. Here’s a long and yet incomplete list

Also, in the past four years, Gov. Northam signed literally *hundreds* of progressive and environmental laws into effect that made Virginia a lot better. Here’s a VERY short list, taken from Gov. Northam’s “Thank You, Virginia” brochure that his office mailed out. 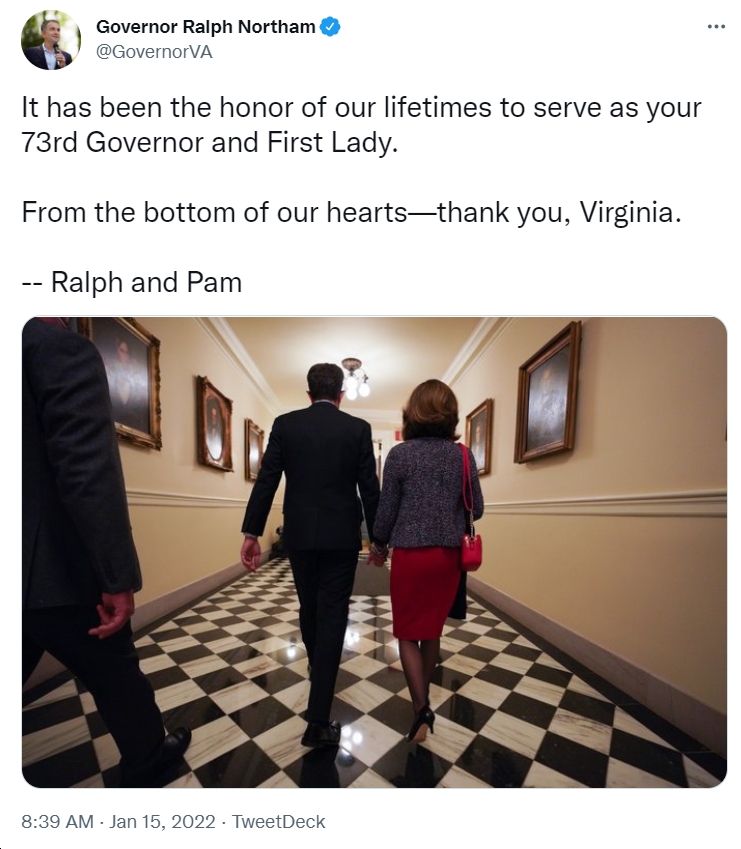 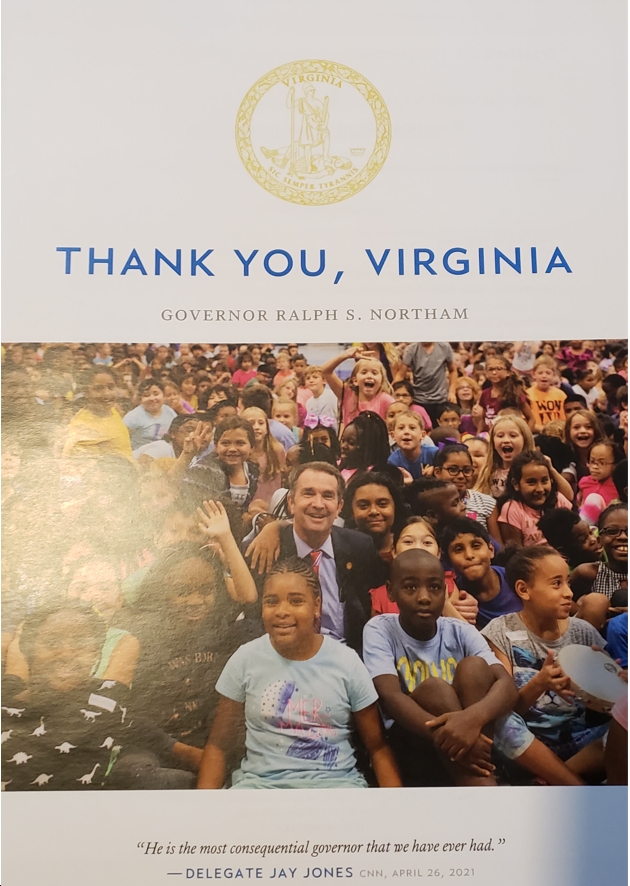 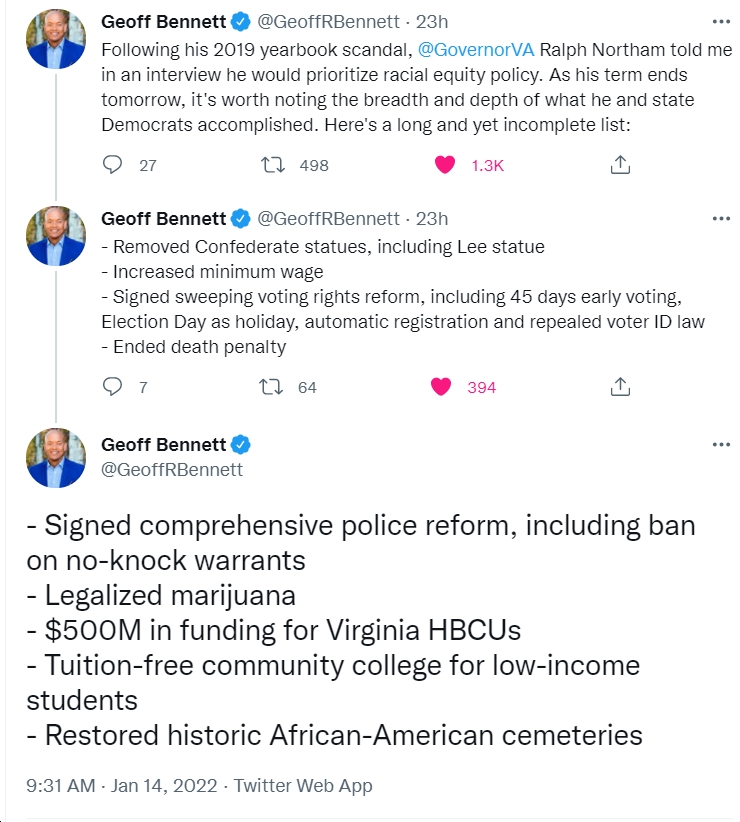 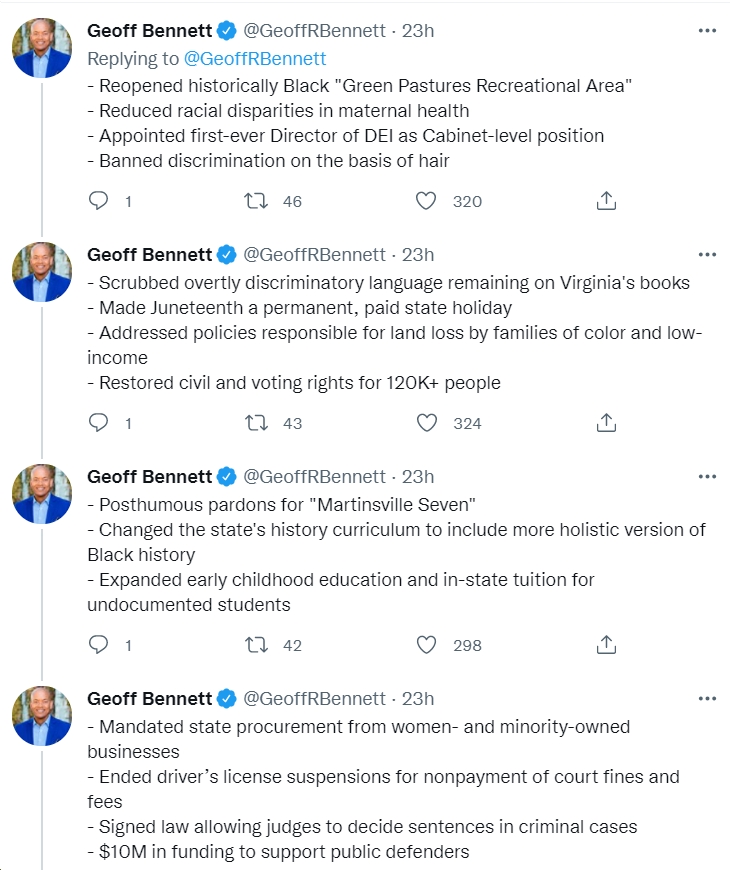 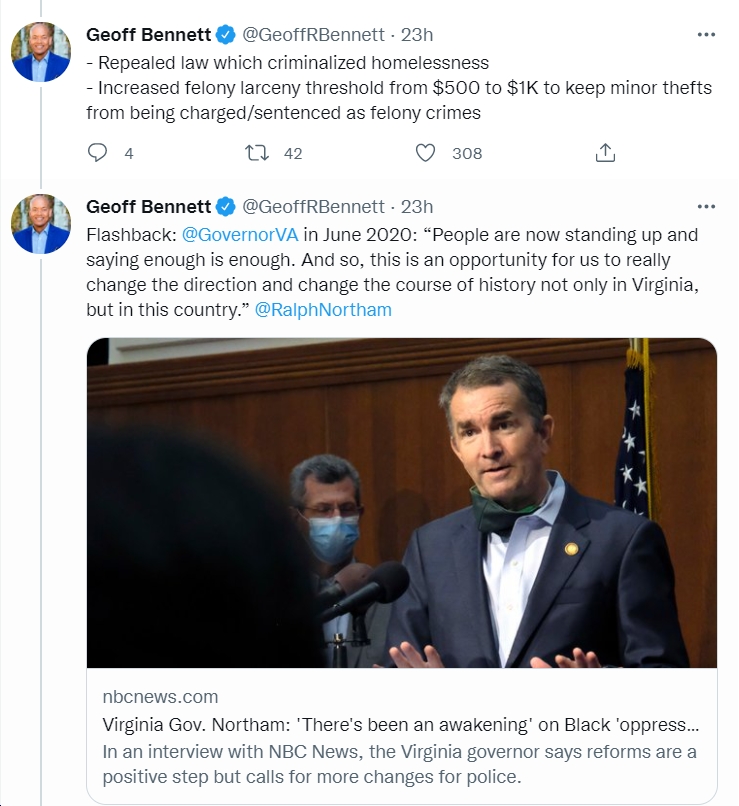