Thanks to Rep. Donald McEachin (D-VA04) for sending this letter, regarding Glenn Youngkin’s appalling nomination of the Andrew Wheeler – who, as Rep. McEachin correctly states, “has shown callous disregard for climate protections and environmental justice priorities” – as Virginia’s Secretary of Natural and Historic Resources. REJECT THIS NOMINATION.

“At the Environmental Protection Agency, Mr. Wheeler sought to minimize the impacts of pollution in the rulemaking process, undo the Clean Power Plan to limit carbon pollution from our energy generation sector, weaken federal vehicle fuel standards, restrict the use of science in the rulemaking process and in protecting public health, and hinder the restoration of Chesapeake Bay by weakening Clean Water Act protections and proposing funding cuts to EPA’s Chesapeake Bay Program of 90 percent,” the letter reads.

For years, Rep. McEachin, during his time in the Virginia General Assembly, the Virginia State Senate, and now in Congress, has fought to advance forward-looking climate and environmental justice priorities to benefit the Commonwealth and all Virginians.

“I recognize that it is rare for the Senate of Virginia to not give approval to a gubernatorial nominee, but this would not be the first time a nomination has not moved forward… At best, Mr. Wheeler is an imprudent environmental and climate leader. He has shown callous disregard for climate protections and environmental justice priorities and, should he become Governor-elect Youngkin’s Secretary of Natural and Historic Resources, would threaten the progress our Commonwealth has made in these areas,” the letter continues. “I urge you to oppose Mr. Wheeler’s nomination by Governor-elect Youngkin to serve as Secretary of Natural and Historic Resources.” 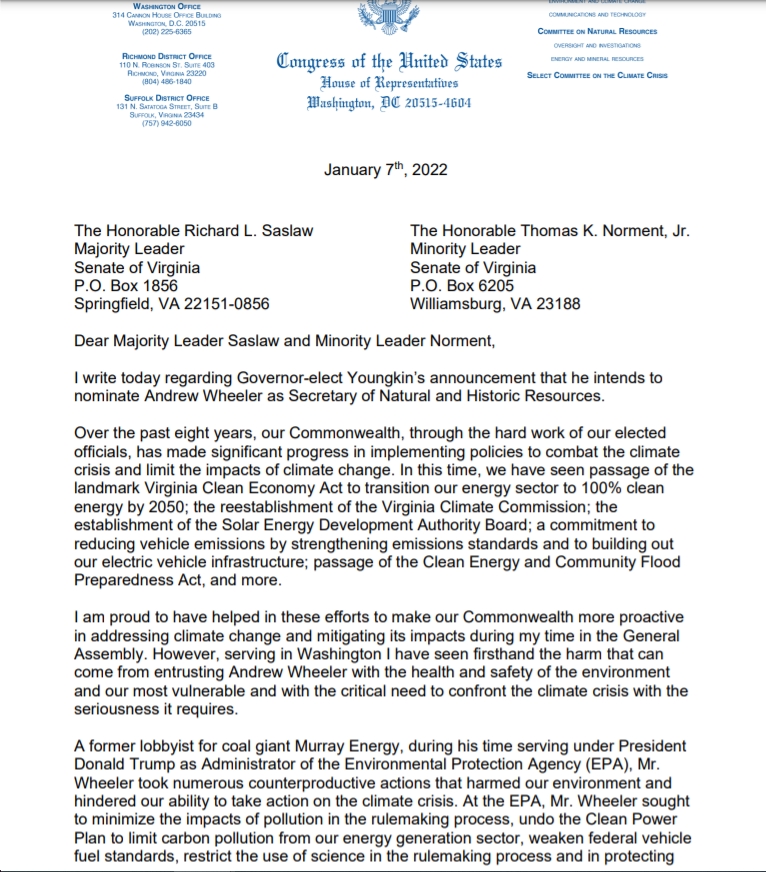 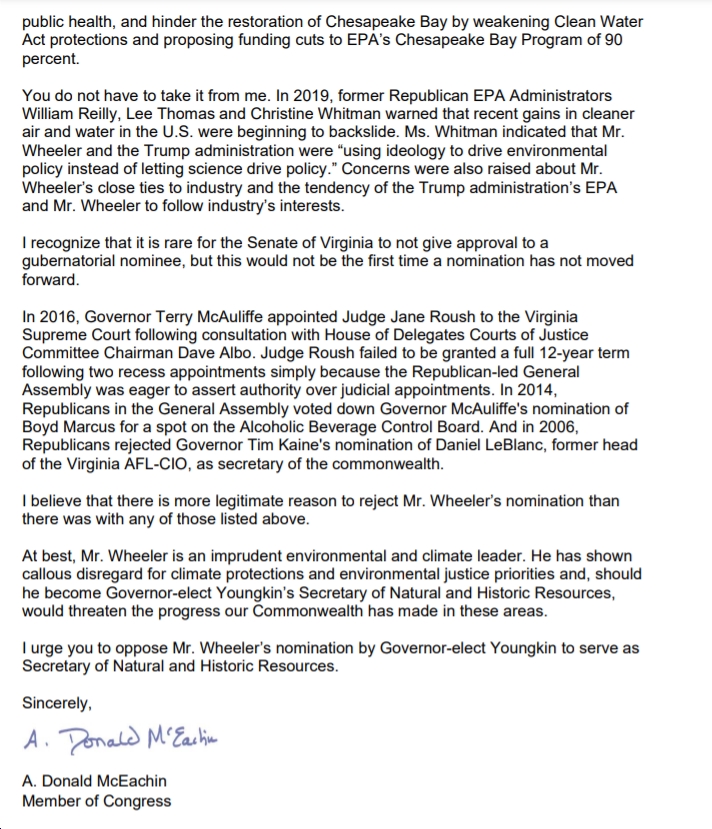