For the record, in 1858, Republican candidate for US Senate Abraham Lincoln and Sen. Stephen Douglas (D-IL) engaged in a series of seven debates focused on slavery; the famous Lincoln-Douglas debates. Meanwhile, a totally different person, Frederick Douglass (with two “s”es at the end of his last name, unlike Stephen Douglas), he was “an African-American social reformer, abolitionist, orator, writer, and statesman” who, “after escaping from slavery in Maryland…became a national leader of the abolitionist movement in Massachusetts and New York, becoming famous for his oratory and incisive antislavery writings.”  As for  the US-history-challenged, far-right-wing Del. Wren Williams (R-HD09), see Video: Glenn Youngkin, Winsome Sears, Jason Miyares Campaign with Wren Williams, “a Big Lie conspiracy theorist who led Donald Trump’s effort to overturn Wisconsin” for more on that guy.

P.S. Major “hat tip” to Del. Sally Hudson (D-Charlottesville) for highlighting Williams’ extreme bill which would “[require] the Board of Education to incorporate into each relevant Standard of Learning and associated curriculum framework a requirement that each student demonstrate the understanding of, among other concepts, the fundamental moral, political, and intellectual foundations of the American experiment in self-government, as well as the history, qualities, traditions, and features of civic engagement in the United States. The bill also “prohibits any public school teacher or other instructional staff member from being required to discuss any current event or widely debated and currently controversial issue of public policy or social affairs” 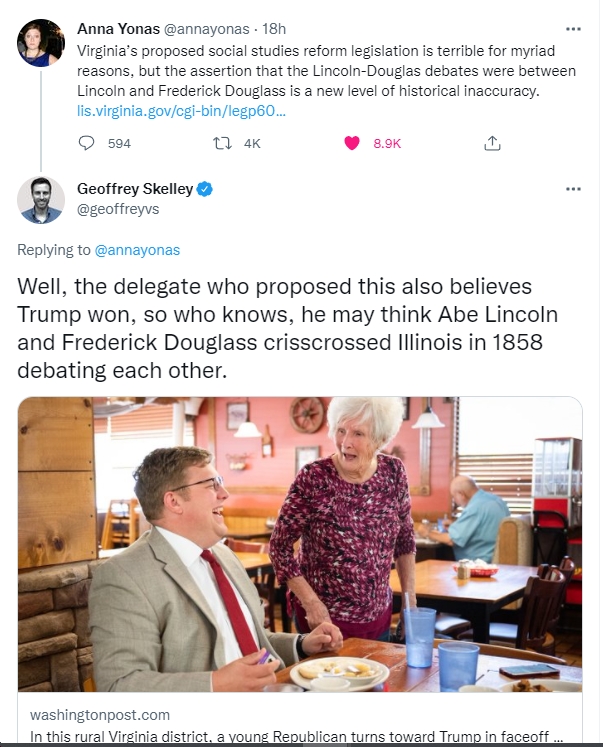 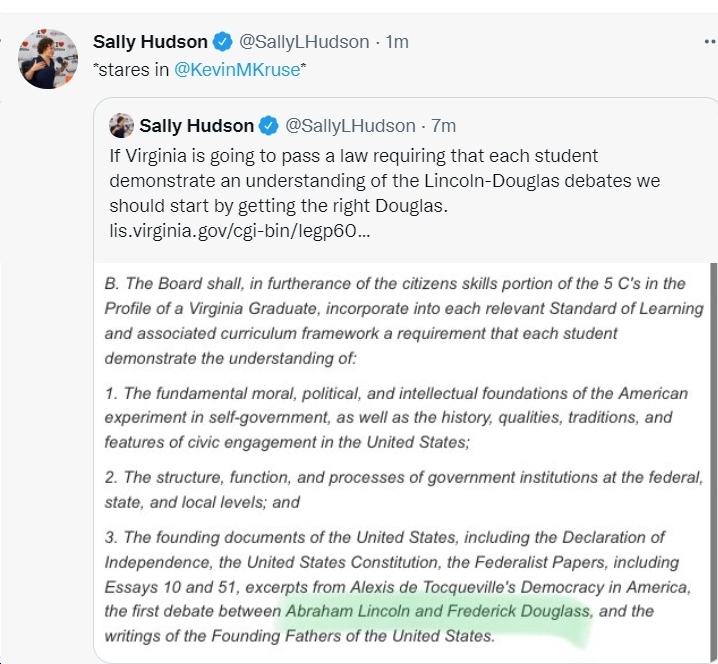 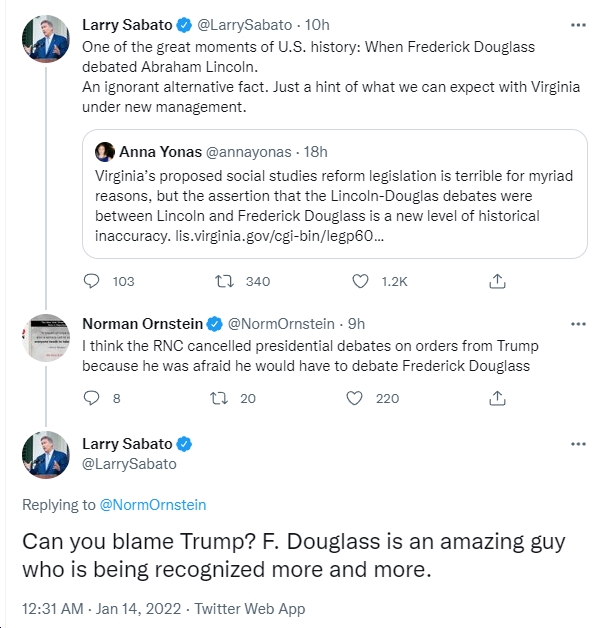 As usual, when Republicans accuse others of doing something, it means that they are doing that very thing (in this case, "childhood indoctration") https://bluevirginia.us/2022/05/thursday-news-eu-hits-fast-forward-on-renewables-election-deniers-on-many-ballots-raise-stakes-of-midterms-tuesday-primaries-show-that-trumpism-has-metastasized-biden-invokes#comment-5862158190 h/t @PRandallcares