After a HORRENDOUS start to his governorship (a judge blocking his absurd/lawless executive order on masking in schools; getting taunted in an Alexandria Safeway to “read the room, buddy!”; an approval rating barely above water, during the normal “honeymoon” period, no less; etc), one can understand to an extent (even if it’s all his own fault) why Glenn Youngkin and his team might be frustrated at this point. But seriously?  Attacking a high school student? This is completely pathetic on every level – as Sen. Louise Lucas tweets:

“Excuse me, did this come from an official account of the Governor of Virginia?!?! Every reporter in the state needs to get on this immediately. The Governor is attacking a high school student. Governor- this is a disgrace and you owe Ethan a public apology immediately.”

And as Del. Mike Mullin says:

“An official account of @GovernorVA  is attacking a child. A grown man bullying a kid. I don’t even think Trump did that.“ 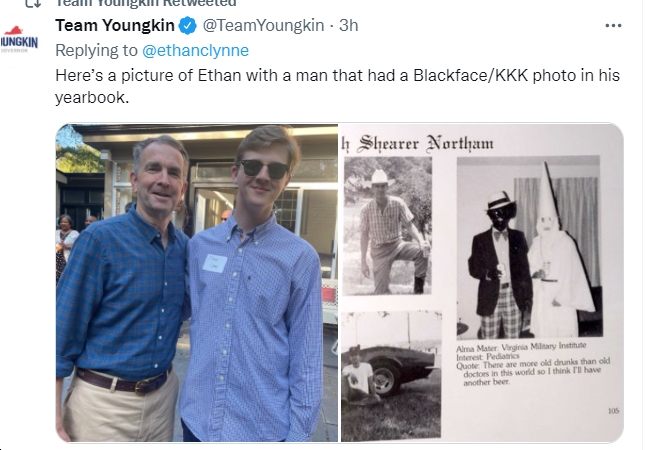 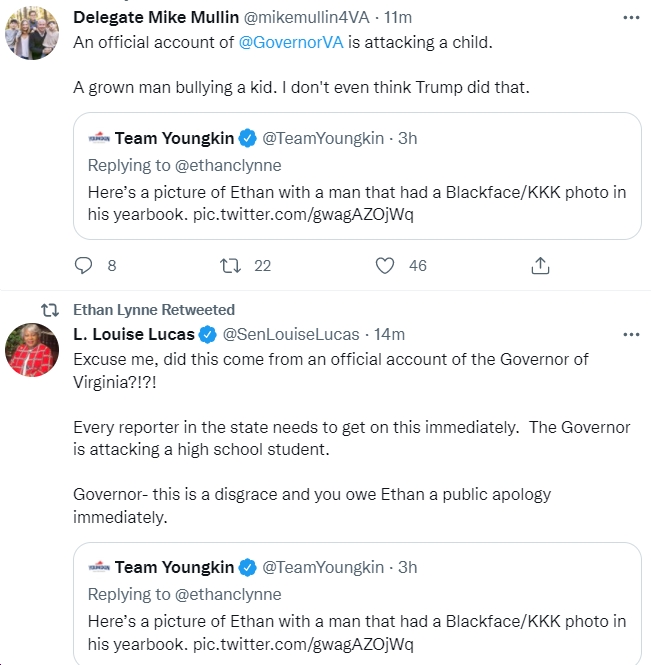 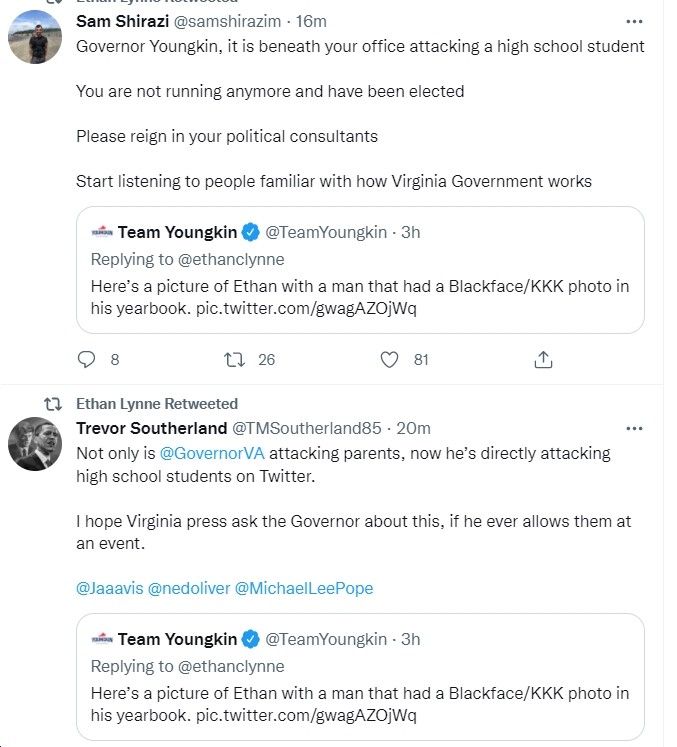 Would a CEO attack a child or a Governor or uh…… neither? https://t.co/tOmoE7to1p