VPAP is out with its annual legislators’ “batting averages,” as you can see in the following screenshots. But first, see here for all the usual caveats: 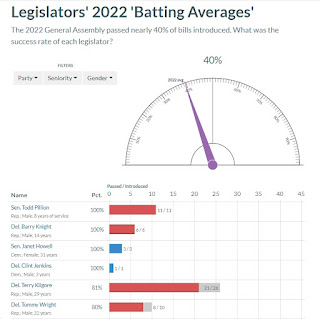 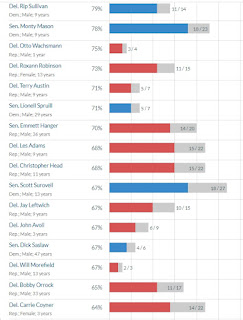 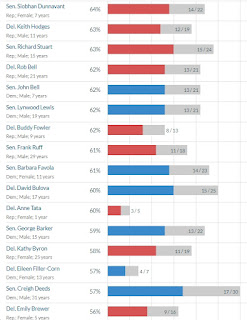 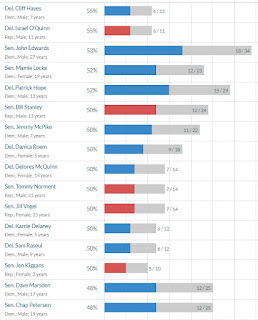 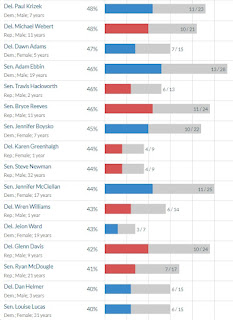 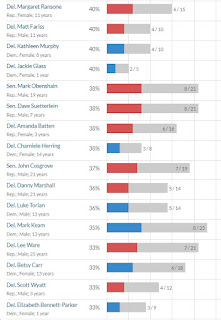 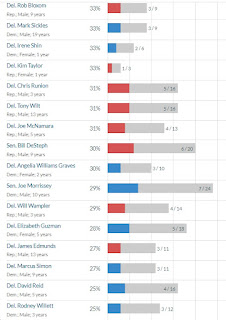 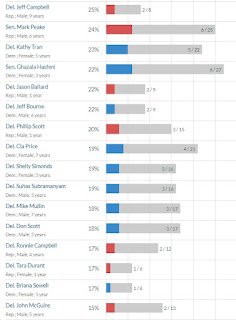 The lowest “batting averages” were a mix of Democrats and some really far-right Republicans. For instance, far-right Delegates Marie March and Dave LaRock only saw 5% and 6%, respectively, of their introduced bills pass. Also-far-right Del. Tim Anderson and Sen. Amanda Chase actually passed NONE of their introduced bills, which is even worse considering that they both introduced a lot of bills (23 each). Also at 0% were Delegates Michelle Maldonado (0/5) and Candi King (0/6), although neither introduced many bills. Also under 10% were hard-right Del. Nick Freitas (at just 4/43, or 9%), Democratic freshman Del. Nadarius Clark (9%), Democratic Del. Wendy Gooditis (9%), Democratic Del. Kelly Fowler (5%), Democratic Del. Kaye Kory (5%), and Democratic Del. Alfonso Lopez (3%). Again, consider all the caveats noted at the top of this piece as you evaluate these “batting averages.” Finally, note that for whatever reasons, three delegates (Democrats Ken Plum and Lamont Bagby; Republican Speaker Todd Gilbert)  introduced no bills at all. 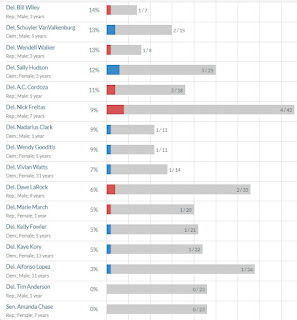 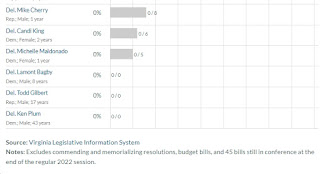