A good analysis by Catalist (“the data utility powering the progressive community”) is out this morning, regarding “What Happened in Virginia” in the 2021 election. The major takeaways from the analysis are as follows (comments by me are in parentheses/green, following each takeaway): 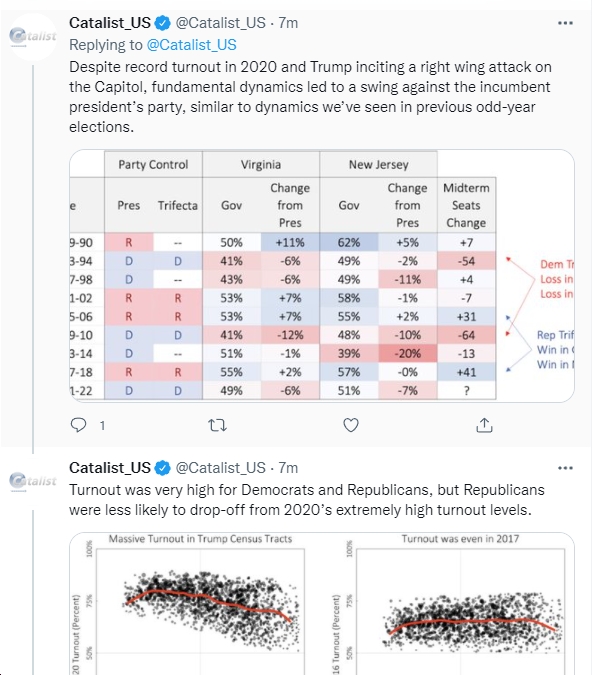