Who could possibly forget the January 3-4, 2022 snow/ice storm that left Sen. Tim Kaine stuck in his car for 26+ hours, and that also stranded many other Virginia motorists in hazardous, nasty conditions? Well, now we have a thorough “after-action report” of the incident, conducted by the CNA Institute for Public Research, which explains:

“The Virginia Department of Emergency Management (VDEM), Virginia Department of Transportation (VDOT), and Virginia State Police (VSP) asked CNA to develop an after-action report (AAR) for the January 3–4, 2022, winter weather event including the Interstate 95 (I-95) incident. First, we must clarify what an AAR is not. It is not an investigation or a search for a person or entity upon which to lay blame. After almost 80 years of analyzing critical incidents for the U.S. Navy and for local, state, and federal government agencies, CNA has learned that responses to multi-faceted and multi-layered incidents are, in a word, complex. In our collective experience, we have never seen an example when one moment—or one person—was solely responsible for what happened during the response to an incident. Without exception, we have found that negative cascading effects during response operations stem from multiple issues with plans, procedures, policies, and preparedness (including training and exercises), not from the actions of individuals or even one organization.”

See below for some highlights from the report, but the bottom line is that: 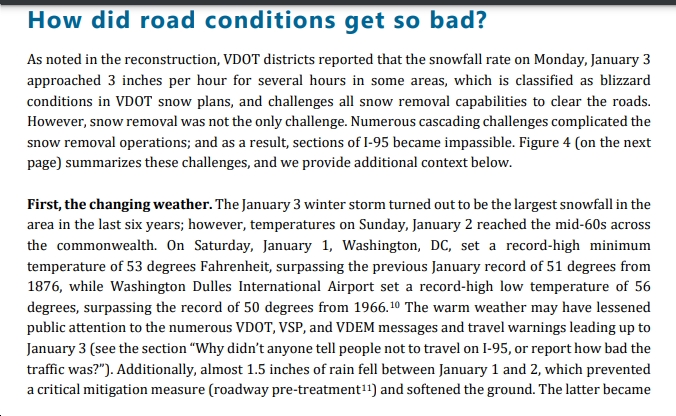 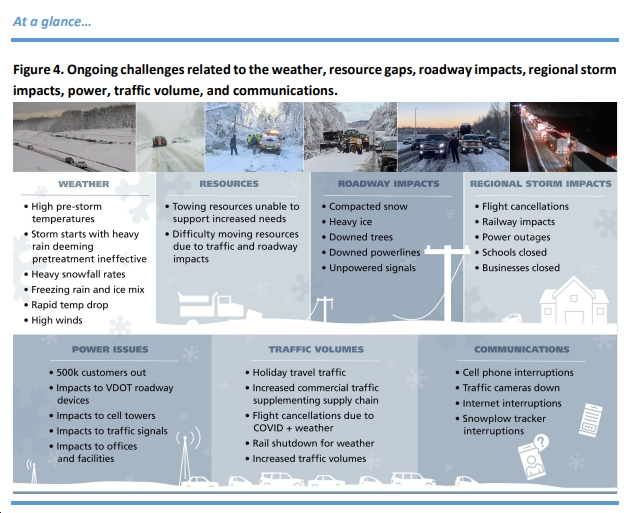 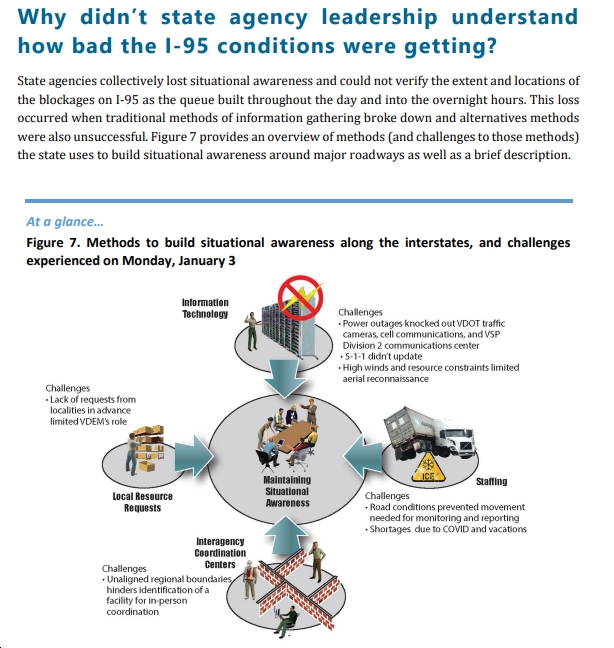 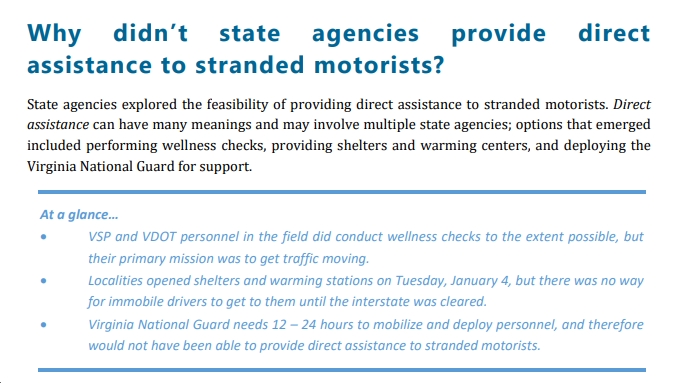 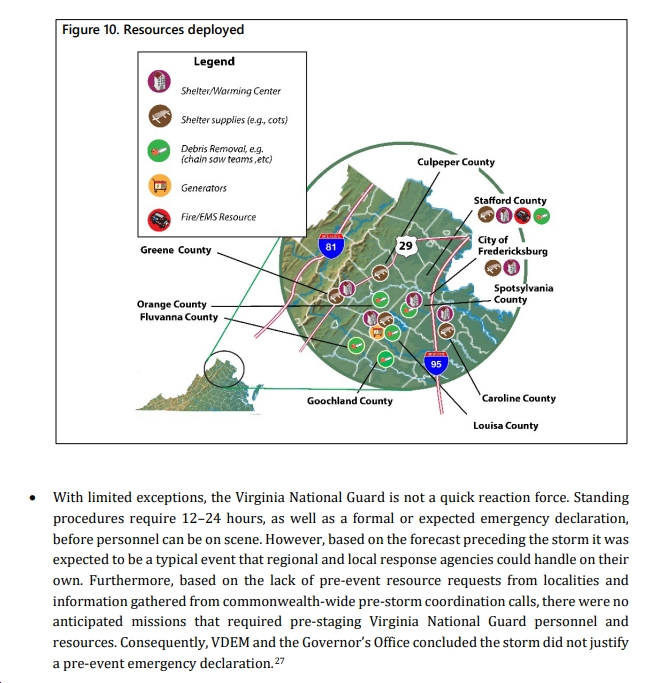 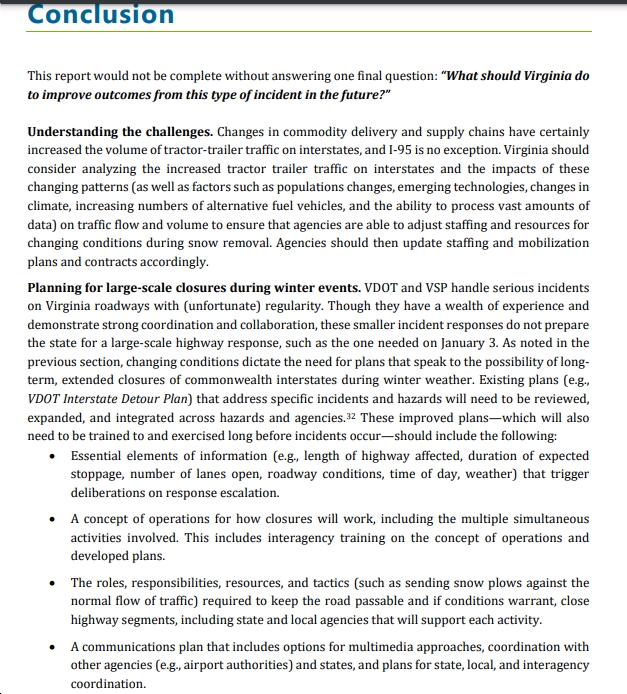