“…on Friday dropped the state’s federal appeal in the manslaughter case against two U.S. Park Police officers, effectively ending any attempt at criminal prosecution of the officers who fatally shot unarmed motorist Bijan Ghaisar in a Fairfax County neighborhood in 2017.”

See below for reactions, including from Sen. Scott Surovell (D-Fairfax), who says he’s “dumbfounded that [Miyares] thinks it’s ok for the government to shoot unarmed crime victims 4 times in the head when he’s supposedly focused on violent crime, gun crime, being the ‘new sheriff in town’ and VA’s ‘Chief Crime Fighter’.” To the contrary, Miyares is working very hard at being the worst Attorney General in Virginia’s history…

.⁦@ssurovell⁩ on the outrageous action by Virginia Atty General halting prosecution of Park Police officers who shot and killed unarmed ⁦@WeAreBijan⁩ in Mount Vernon and who were indicted by a grand jury. https://t.co/VodOy0sC5m

Virginia’s Attorney General, our alleged “Chief Crime Fighter,” who said he “would put victim’s first,” has “held victim’s hand’s,” wanted to go after violent gun crime, and would prosecute crimes when local prosecutors exercise their discretion to not prosecute crimes, refused to meet with the victim’s family, decided to dismiss a prosecution of violate gun crime initiated by local prosecutors (Ray Morrogh). So much for victim’s first and tough on violent crime. 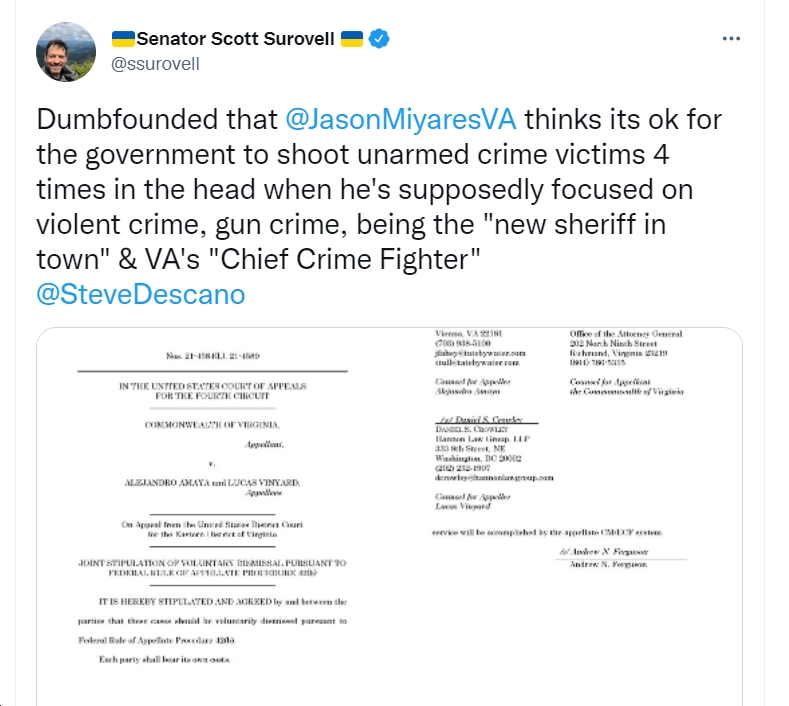 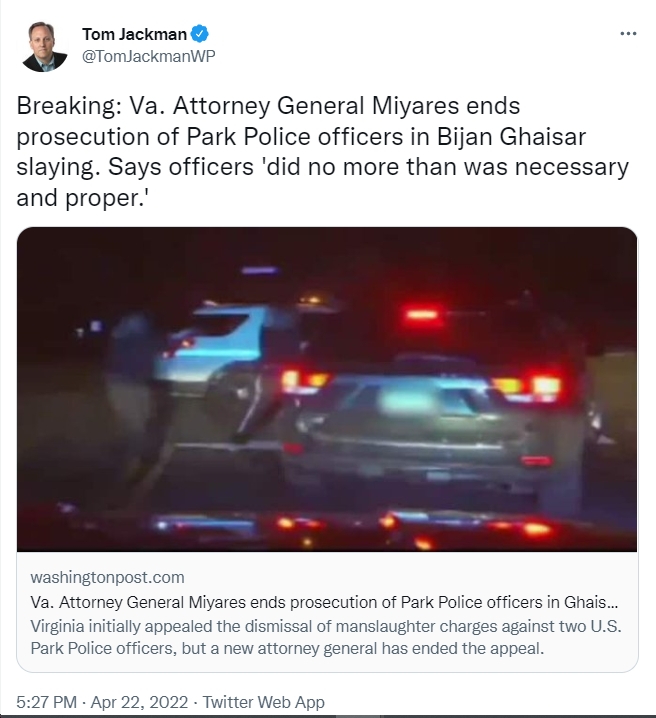 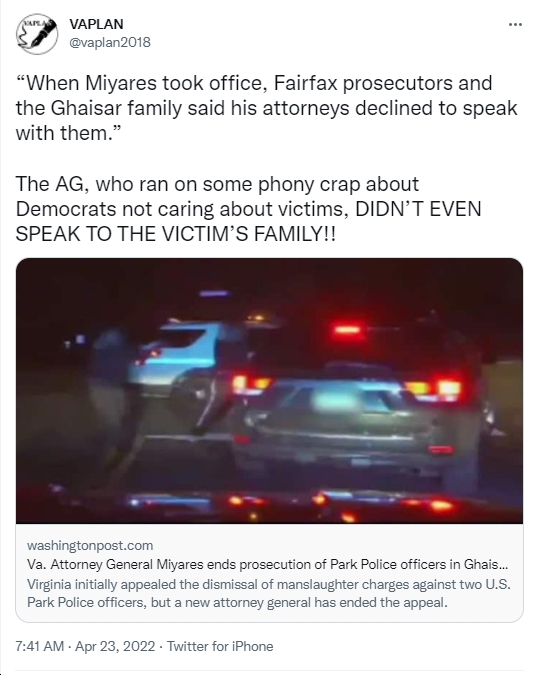