See below for a brilliant thread by Georgetown Visiting Professor Thomas Zimmer. The thread begins:

“The fundamental asymmetry of American politics is captured precisely by the fact that Pelosi won’t stop with the ‘strong GOP’ nostalgia while no one on the Republican side would even consider saying something like this about the Democratic Party. It’s so bizarre.”

And argues, “this type of fact-free nostalgia only perpetuates the myth of a GOP that was only recently captured by extremists – an aberration from the noble Republican norm.”

Disturbingly, “What Pelosi is saying is significant, however, as a manifestation of much of the Democratic establishment’s inability to reckon with the radicalizing Republican assault on democracy and civil rights.”

Also disturbingly, “Many in the Democratic establishment act as if politics as usual is still an option and a return to ‘normalcy’ imminent, even as Republicans could not be clearer about the fact that they consider Democrats the real enemy and Democratic governance fundamentally illegitimate.”

Meanwhile, what we’re actually up against is this: “The GOP has been focused almost solely on the interests and sensibilities of white conservatives for decades and Republicans are explicitly claiming to be the sole proponents of this ‘real’ (read: white Christian patriarchal) America.”

And here’s another HUGE mistake by Democrats: “Much of the Democratic elite still subscribes to an exceptionalist understanding that America is fundamentally good and inexorably on its way to overcoming whatever vestigial problems there might still be.” That, of course ,is simply not true about America.

Finally, the bottom line is this: “Pretending the Republican Party was a noble, (small-d) democratic force for good until very recently is just political fiction; wishing such a party into existence won’t work. Better to grapple with the GOP that actually exists – the one that’s an acute threat to democracy.” 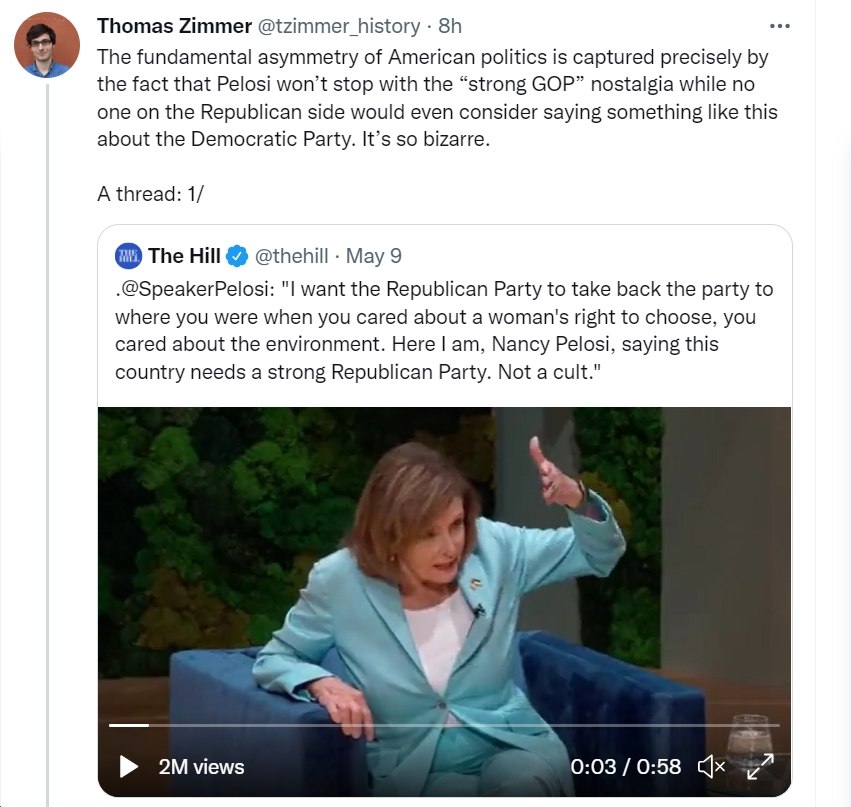 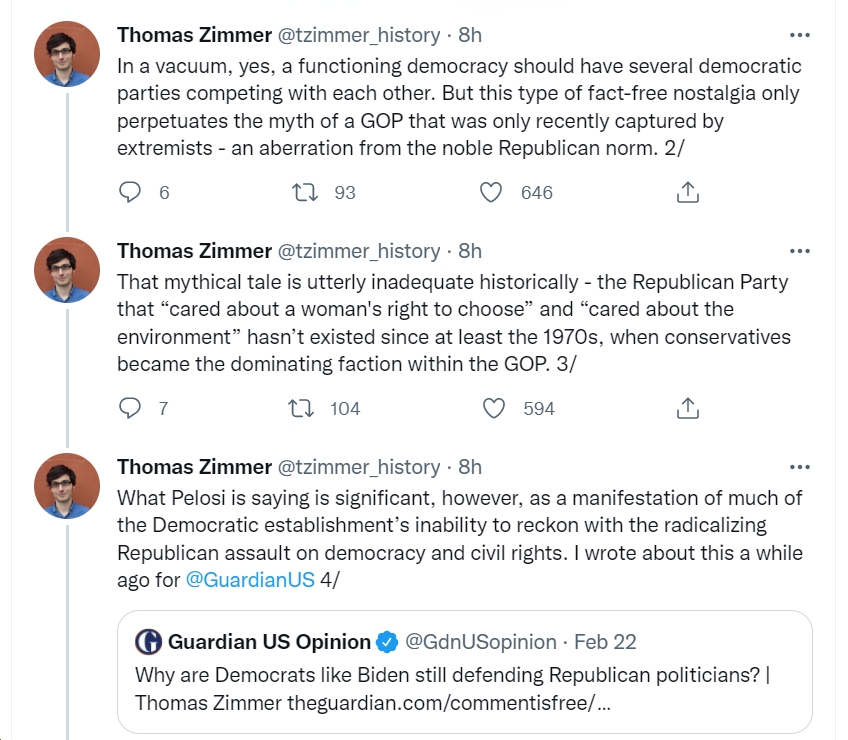 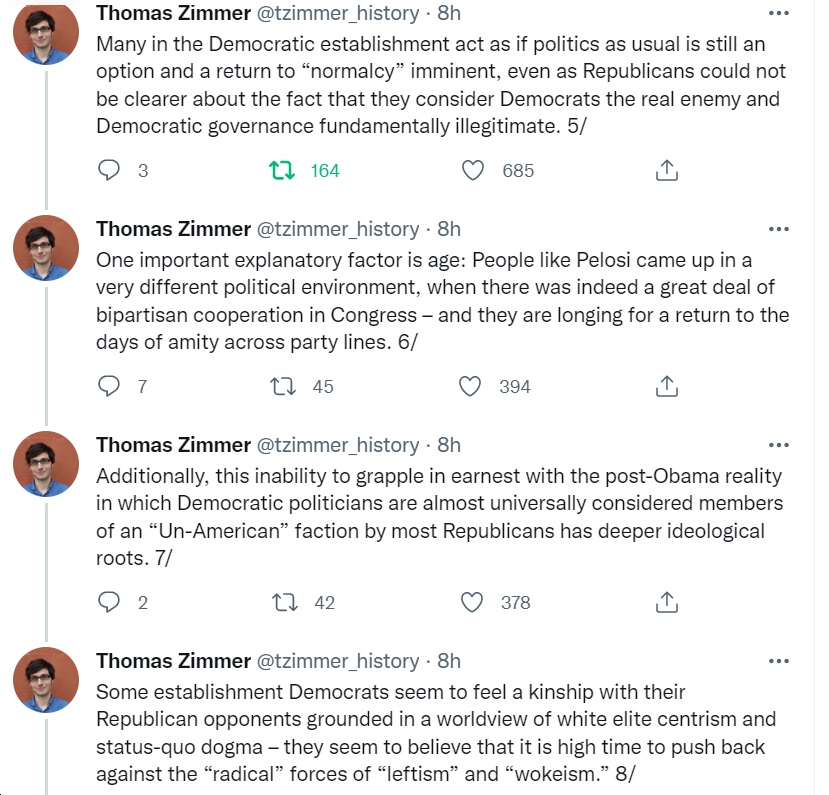 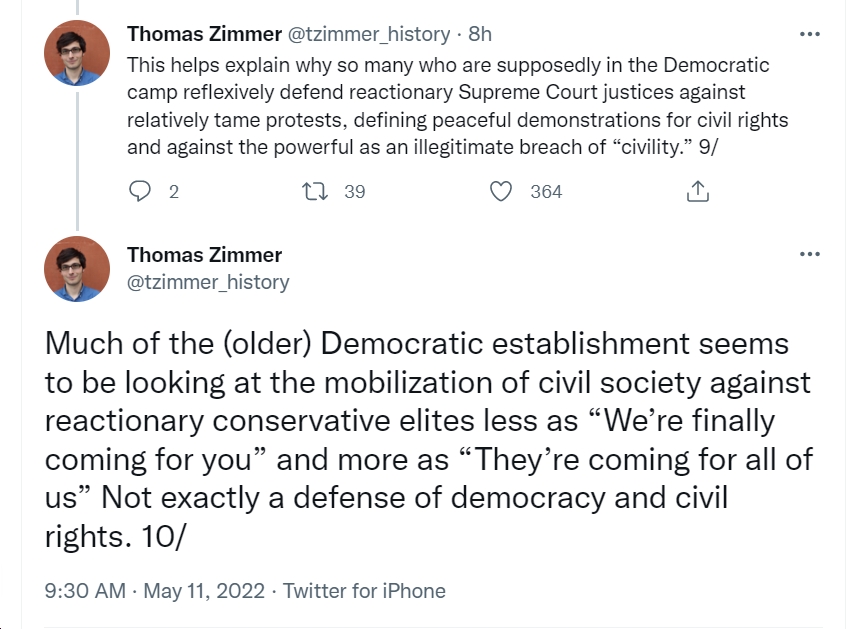 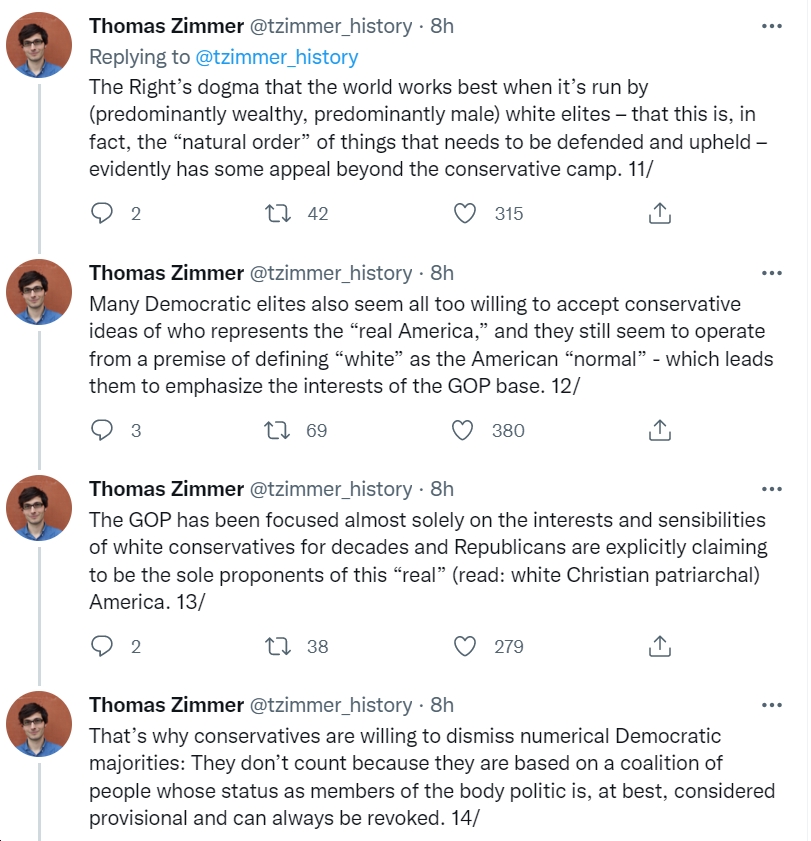 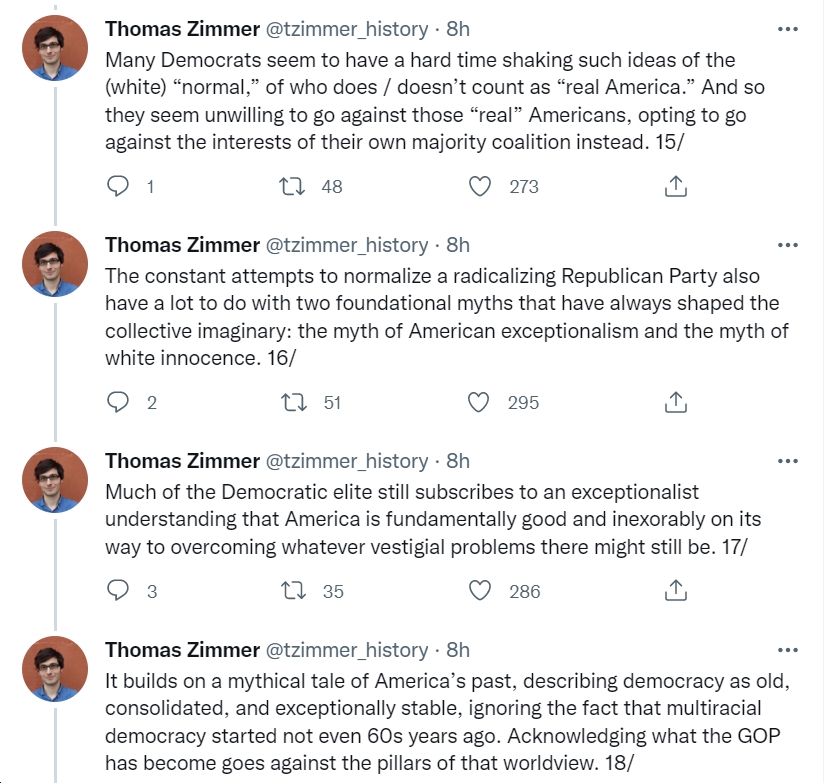 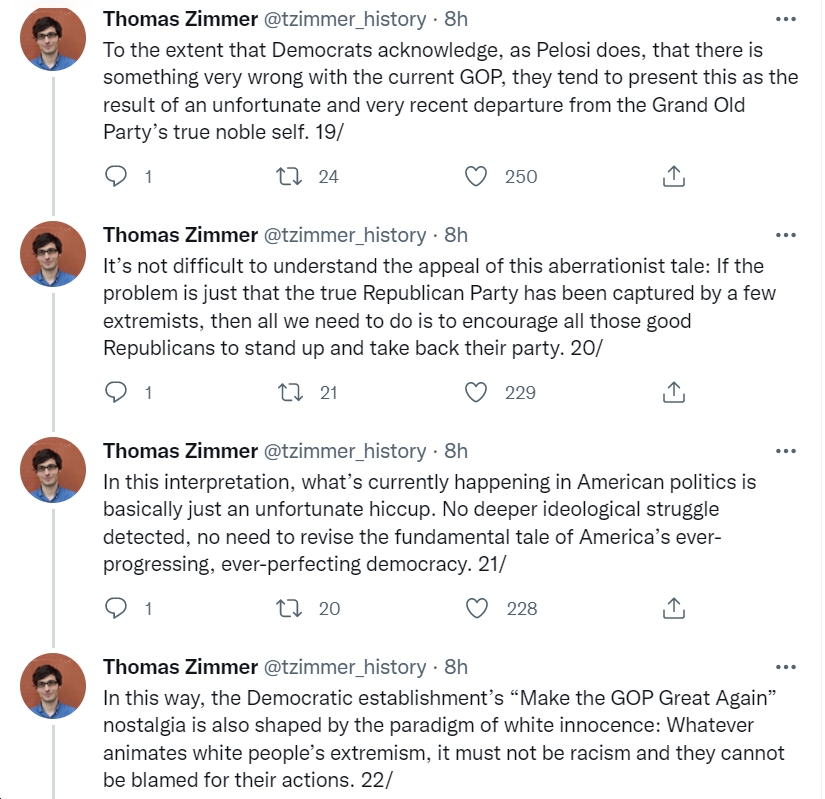 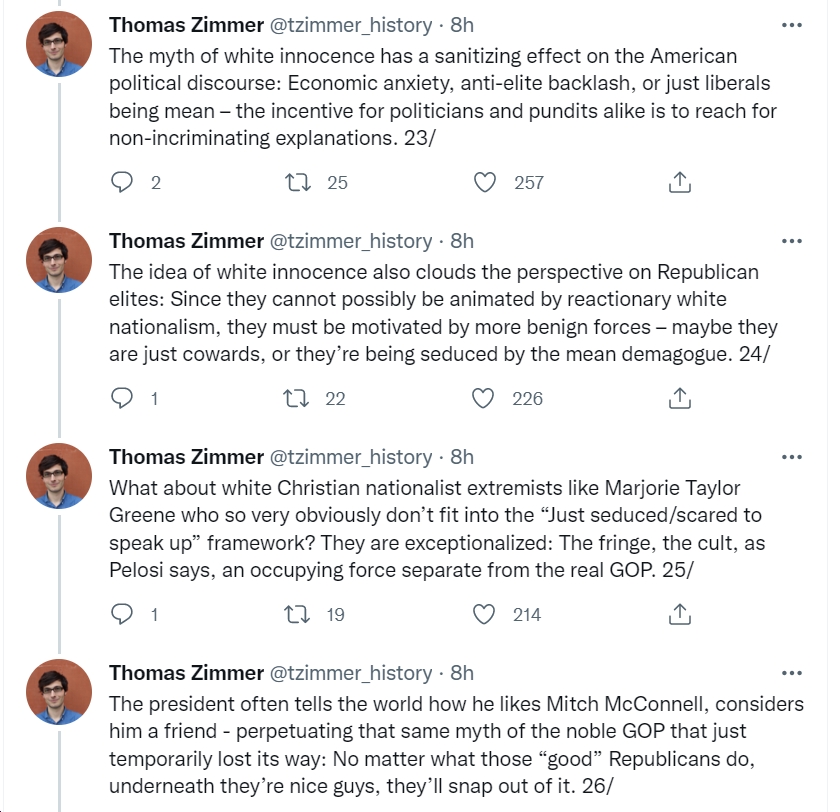 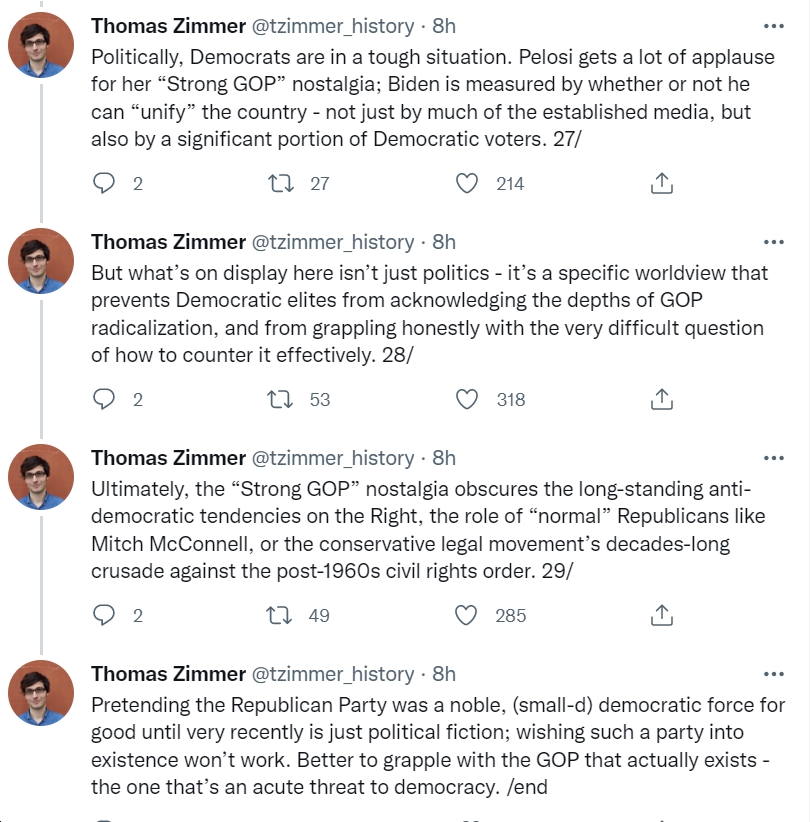