In the old days, the ability of legislators to work across the proverbial aisle – aka “bipartisanship” – was considered a very good thing. And today, it still is to an extent. However, with the Republican Party heading into Trumpist, #MAGA, far-right territory, it’s hard to know what to make of that metric anymore. I mean, while it certainly would be good if far-right/Trumpist members of Congress would work “across the aisle” to get stuff done, that’s not very likely to happen. As for Democrats being able to work with Trumpists? I mean…god bless ’em if they can, I suppose, but good luck with that. Because the fact is, on issue after issue, it’s the Democratic Party that’s in the mainstream/center (or at most slightly left of center) of American voters, while Republicans are now further right than the “right-wing populist” Austrian “Freedom Party,” and far to the right of the British Conservative Party. All of which would seem to shift the concept of “working across the aisle”/bipartisanship.

With that intro, see below for the latest “Bipartisan Index” from the Lugar Center, which claims to be “an objective measure of how well members of opposite parties work with one another using bill sponsorship and co-sponsorship data.” Interestingly, the report finds “strong quantitative evidence that bipartisanship at the individual member level plummeted last year.” Also note that the index finds two of the least-popular Democrats among Democratic activists and progressives, Kyrsten Sinema of Arizona and Joe Manchin of West Virginia ranking fourth and seventh, respectively. Also in the Senate, the report finds, “Tom Cotton (R-AR), Josh Hawley (R-MO), Ted Cruz (R-TX), and Rick Scott (R-FL) all ranked 90th or below,” while “former Democratic presidential candidate Bernie Sanders (I-VT), was the lowest ranking member of the Democratic caucus at 87th.” And in the House, ” Republicans near the bottom of the rankings included Marjorie Taylor Greene (R-GA), Lauren Boebert (R-CO), Andy Biggs (R-AZ), Mo Brooks (R-AL), Jim Jordan (R-OH) and Madison Cawthorn (R-NC).”

For US Senators and US Representatives from Virginia, the scores are as follows: 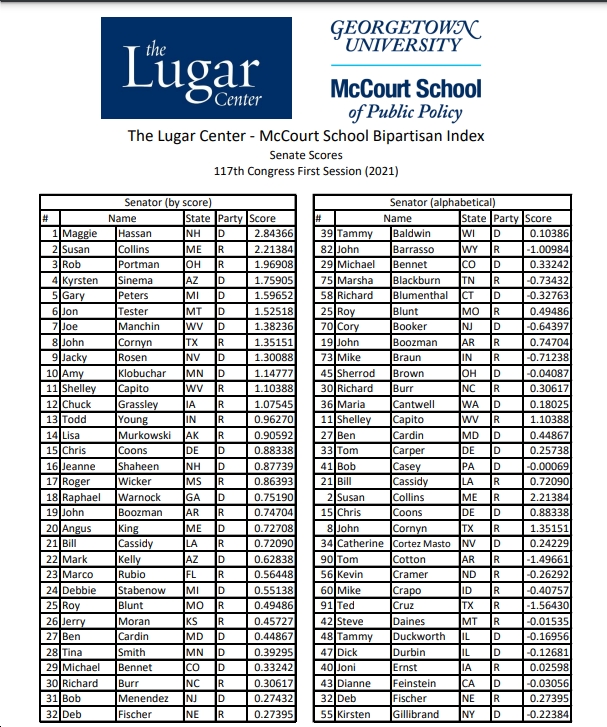 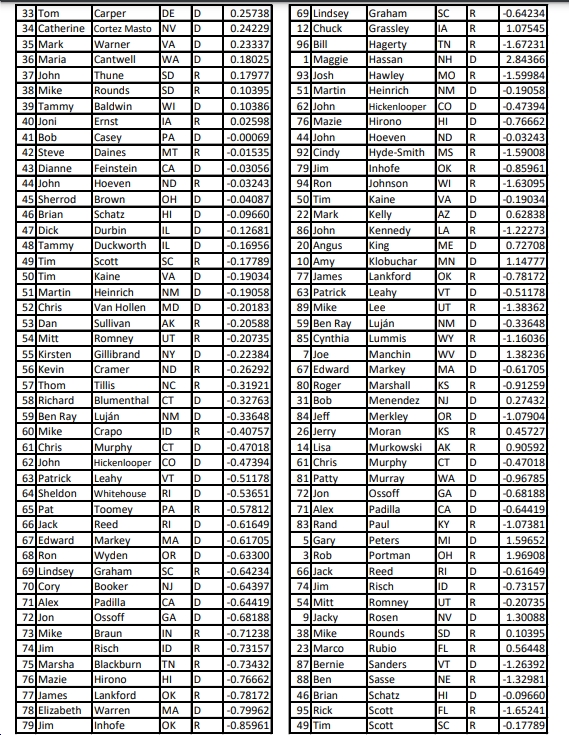 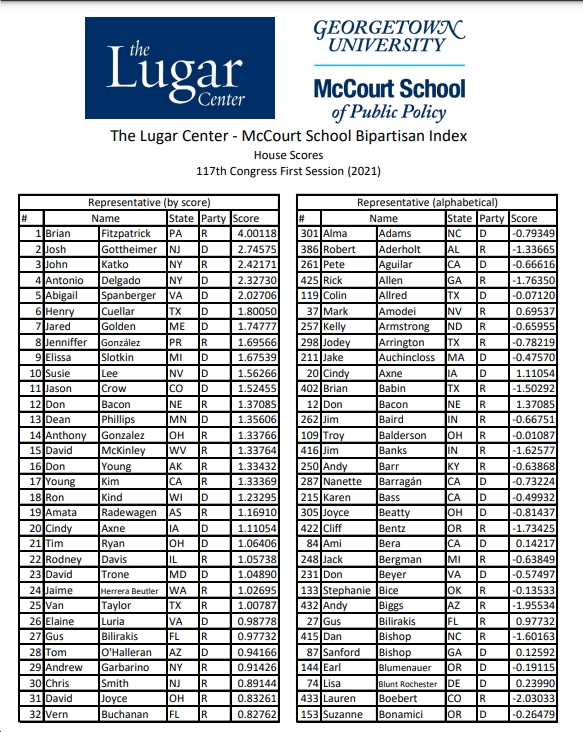 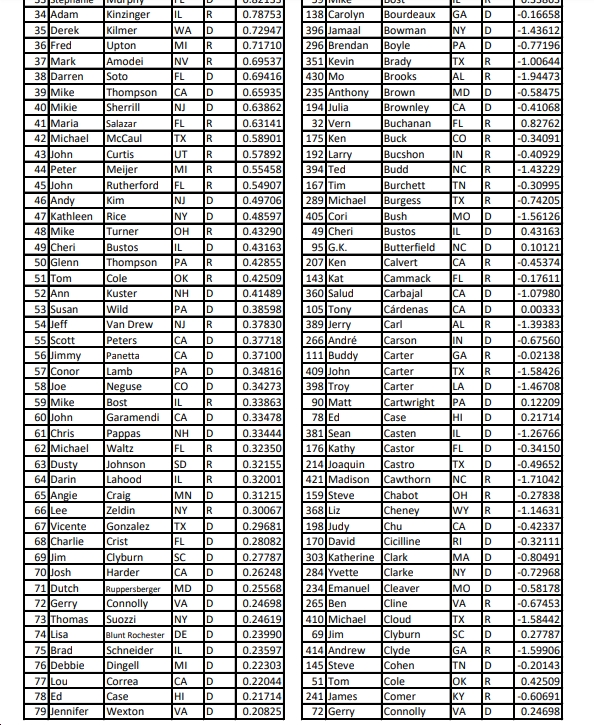 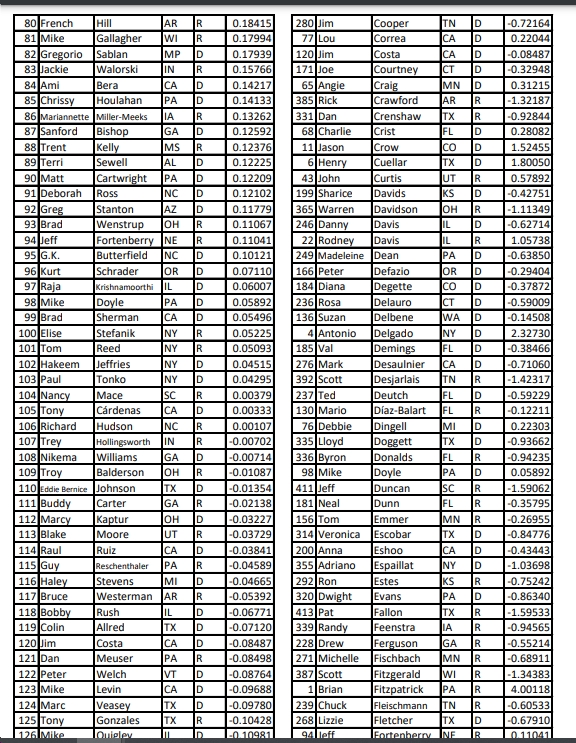 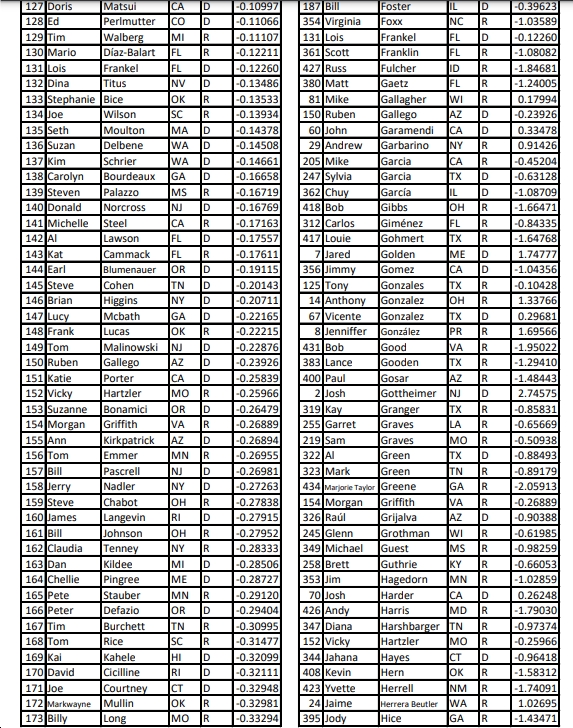 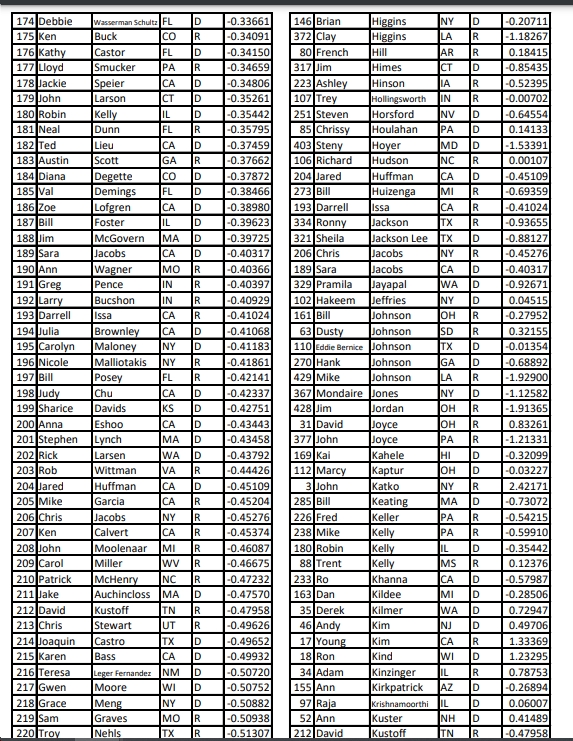 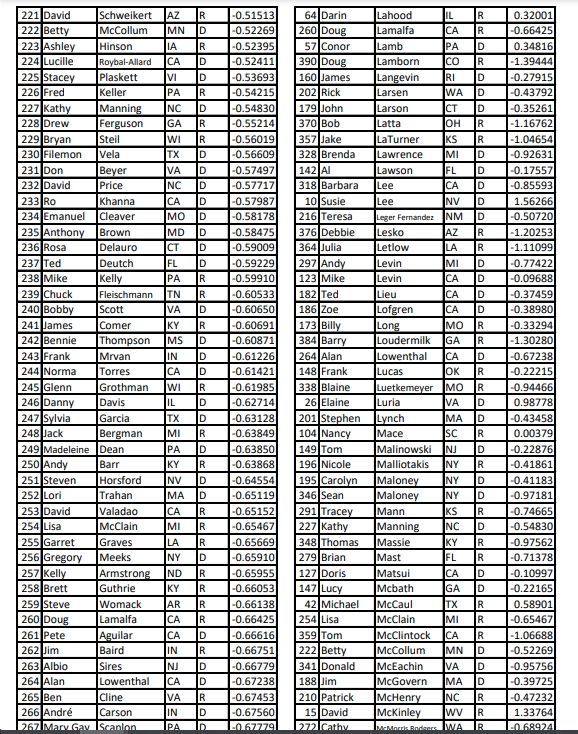 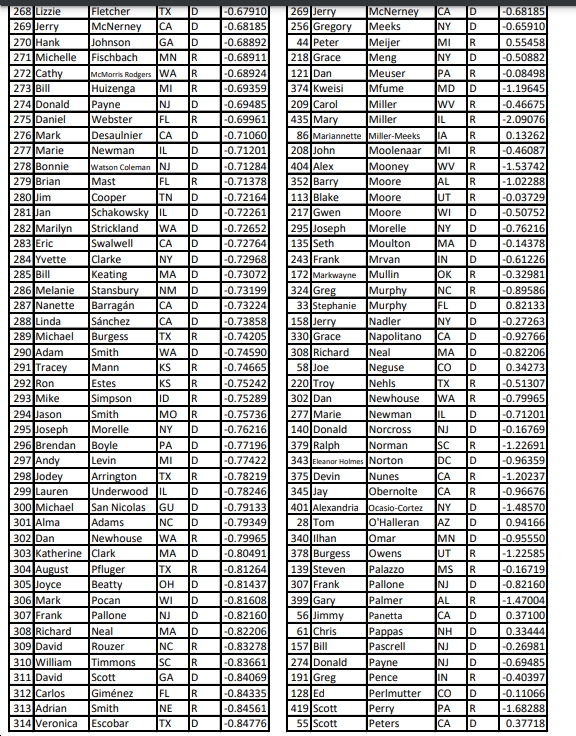 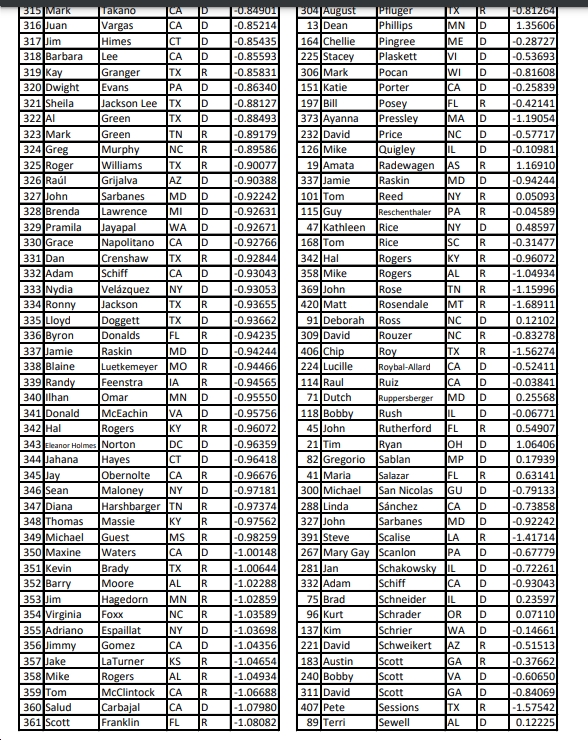 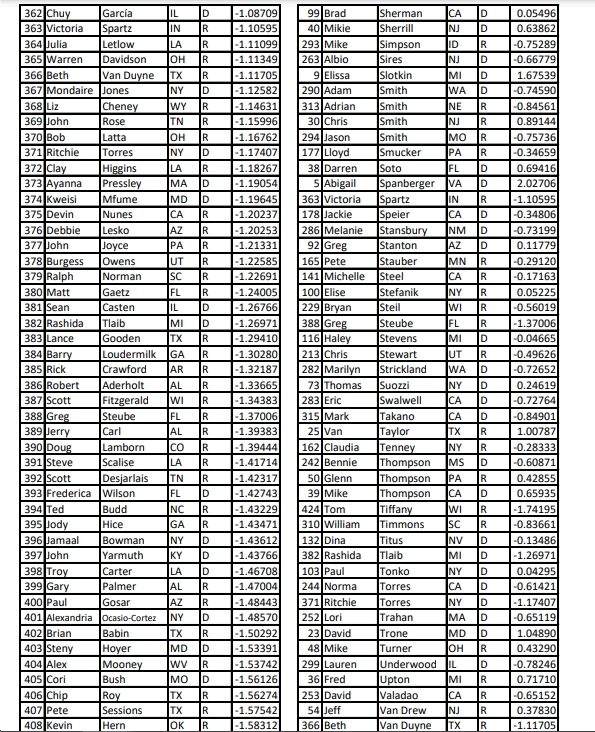 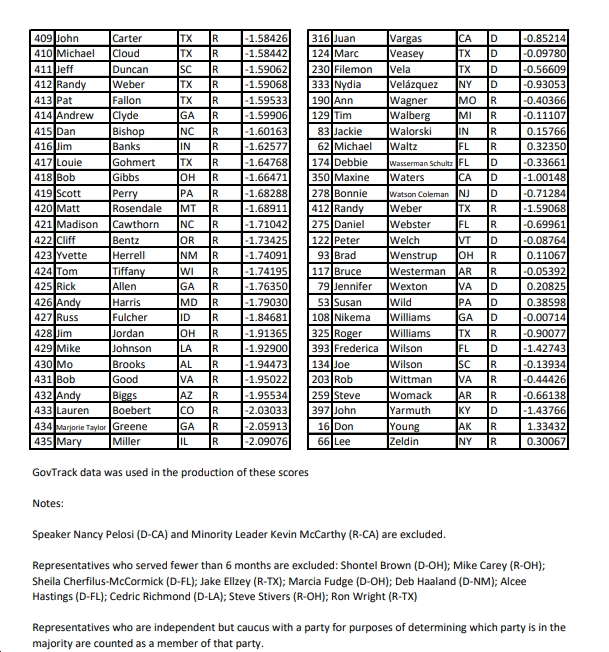