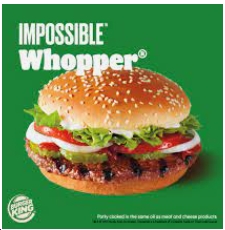 Donald Trump was infamous for spreading lies a remarkable 30,000 times while in the White House. Glenn Youngkin has spent the last four months in the governor’s mansion – and on his campaign before that – trying to catch up. Sad to say, if anything, Youngkin’s pace of prevarication is accelerating.

To help you keep track of Youngkin’s yarns, I’ve decided to take a shot at ranking them, based on the criterion of how widely they diverge from the truth.  Here, then, are what I consider the Governor’s Top Five Whoppers – with another five Dishonorable Mentions below. Counting them down to number one!

Well, okay, Youngkin admitted later, maybe this money would not be given back to the people of Virginia after all:

“When asked if the legislation would guarantee savings to consumers, Youngkin said, ‘We can’t guarantee anything and, oh by the way, I think government intervention into private markets is why we’re in this trouble right now.’”

In fact, the minimal savings from a proposed “gas tax holiday” would go right into the pockets of the oil companies, and it would be their decision whether to share any of those savings with consumers. And, according to the Virginia Conservation Network, even “if all of the savings of the gas tax suspension were passed on to consumers, the average driver would save a maximum of only $13 a month, or $3.03 a week” – while denying us the benefits of repairs and maintenance to roads, bridges, transit and other infrastructure that the gas tax pays for.

This major policy push by the governor and his party is, then, as vaporous as…well, gasoline itself.

Good lord, I’m not going to spend a lot of time on this one for a few reasons. First of all, I wrote a diary delving into this subject, Behind the Right-Wing Assault on our Schools, a couple of months back. Second, you’ve hopefully already heard that the whole so-called “CRT” debate is a dumpster full of trash – and the idea that “it” is being “taught” in “all our schools” is nuts. Third, Youngkin is only one component of the Fox Industrial Complex pushing this Big Lie, although he’s arguably gained more from it than any other politician to date.

But just in case you need a refresher, here’s a whole Politifact fact check debunking this bogus claim.

Youngkin made this claim in his maiden speech to the General Assembly in January and doubled down on it in his administration’s recent report on the education system. However:

“A Washington Post analysis of the report…suggests its use of data is misleading, and shows Virginia students performed at least as well as or better than students nationwide over the past several years.”

While I’m no expert on education data – and I welcome comment from anyone who is – my understanding, based on the Post story and a Politifact VA analysis, is that the “lowest in the nation” claim is based on a U.S. Department of Education report comparing Virginia’s Standards of Learning (SOL) tests with other states’ assessment systems. But this report starts with a clear disclaimer that it is not supposed to be used in the way Youngkin is using it: “Since standards vary across states, the results of the various state assessments cannot be used to directly compare students’ progress.”

Per the fact check:

“Experts stress that equivalent scores do not evaluate how well students are learning.

“‘What Virginia considers proficient may not be at the same level of what other states consider proficient,’ Grady Wilburn, a statistician for the National Center for Education Statistics, told us last fall. ’It doesn’t mean that the students know less than students in other states.’

“Indeed, Virginia fourth graders in 2019 had the third-highest math score on the national test and the ninth-highest reading score. Virginia eighth graders ranked seventh in math and 30th in reading.”

So much of Youngkin’s political strategy centers around portraying Virginia schools as failing in every way, it’s not surprising that his team felt the need to cook the books in order to emphasize this point – facts be damned!

Exit polls following Youngkin’s election indicated that many Virginians voted based on economic issues. If so, they may have fallen for his very misleading argument that Virginia’s economy was in terrible shape.

Yes, we were in such a ditch that CNBC ranked us the Top State for Business in both 2019 and 2021. We were in such bad shape that a little mom-and-pop shop named, uh, Amazon decided to build its second corporate headquarters here – choosing Arlington over 230+ competitors.  Yessir:

“’I’m not sure how he makes the case that Virginia’s in the ditch,’ said Mark Rozell, dean of the Schar School of Policy and Government at George Mason University. He noted the state’s low unemployment, fast rebound from the pandemic, $2 billion budget surplus and AAA bond rating.”

Quite simply, Virginia’s economy under a string of Democratic governors has done brilliantly – sitting on a pedestal, the exact opposite of sinking into a ditch. But this lie fits Youngkin’s continual pattern of falsely painting Virginia as being in a dire situation — so as to portray himself as the knight in shining armor coming to save it.

Which brings us to his number one whopper…

Say what now? This claim wins the award for being the most divorced from reality. Lowell posted this graph from the FBI’s Crime Data Explorer showing that Virginia is nowhere near a “20-year high” in violent crime – the rate is in fact 26% lower than it was 20 years ago.

The data in fact show Virginia to be one of the safest places to live in the U.S.  Wikipedia, also drawing from FBI data, finds the Commonwealth ranked 46th in violent crime.

So Youngkin here – as during his campaign – is trying to scare his voters by asserting the exact opposite of the truth. Very, very Trumpy.

And here, finally, are five more examples of Youngkin’s prevarications which, though all lousy, didn’t make the cut:

Hmm. Anyone else seeing a pattern here?