The following thread by David Rothkopf really nails it. We are currently in what could very well end up being called “The Great Regression,” during which “on issue after issue, we are seeing decades and sometimes centuries of progress reversed.” And no, “We have never seen anything like this before in our history.” A few more key points: 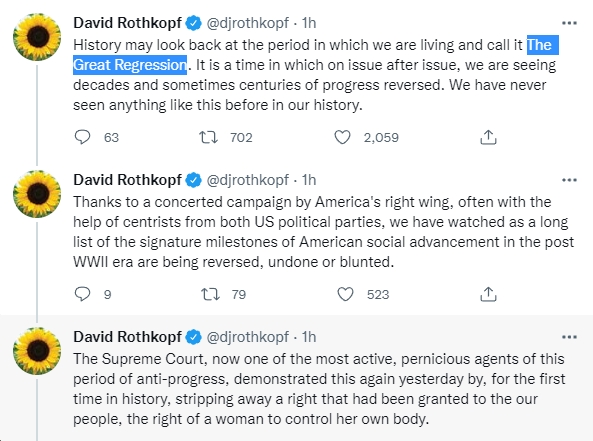 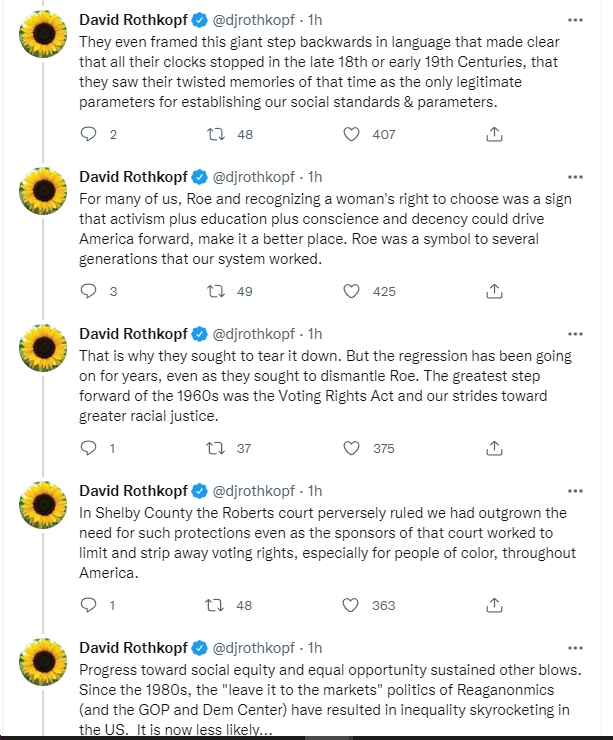 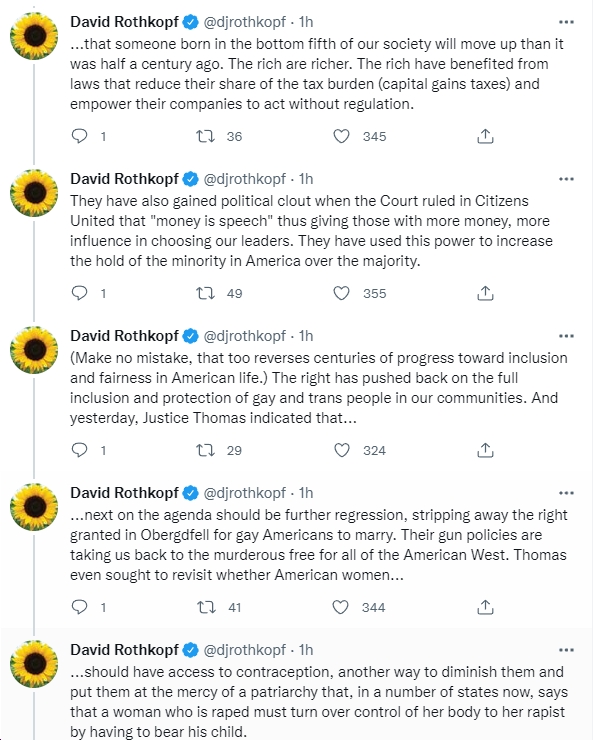 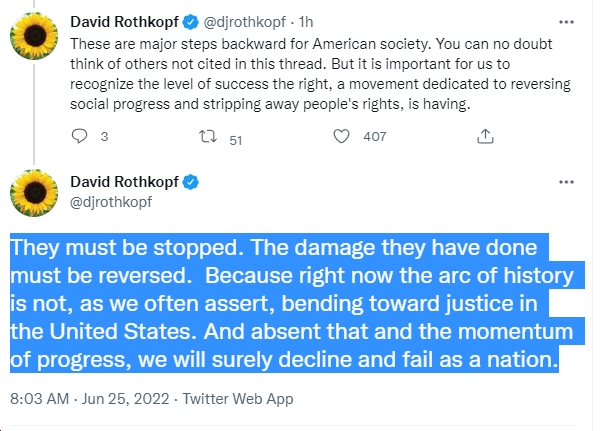