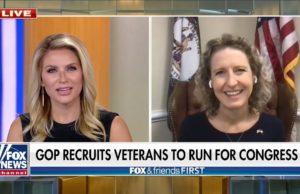 Better Human Story #6– The Pay-Off for Taking on this “Integrative...

AnonymousIsAWoman - March 17, 2016 12
Note: The following post grew out of an email conversation I had with Lowell. We were messaging back and forth about a post on...

Whether In Israel or America, The Right Wing Messes Things Up

Before I begin, let me just make one thing clear: this article is not - repeat, NOT - about Israel, at least not specifically or uniquely. In fact, it's not about any particular country at all. Instead, what this article IS about is the universal truth that, wherever the right wing gains power or exercises significant sway (including the de facto veto power it wields in the U.S. Congress and Supreme Court), it f***s messes things up. Big time.

Case in point: Israel, right now, where hundreds of thousands of people, to a large degree young Israelis, are protesting against right-wing policies, economic and otherwise, and demanding social justice. To understand what's happening in Israel - and, more broadly, in any country where the right wingnuts hold significant power (like our own) - I strongly recommend this article, by writer and business professor Bernard Avishai. Here are highlights of Avishai's main conclusions, all of which are integral features of the U.S. Teapublican Party, and also descriptive of what's been happening here economically and politically under Reagan, Bush, Bush, DeLay, Boehner, Can'tor, etc.

1. CRONY CAPITALISM/THE RICH GET RICHER: Israel has a high degree of income inequality, in which, due largely to the Israeli right wing's "freewheeling approach to market regulation − so much like that of American Republicans...The wealthiest 16 families own 20 percent of the top 500 companies." Sound familiar? Well it should: here in the United States, "the top 1 percent control 40 percent [of the wealth]," and rakes in "nearly a quarter of the nation's income every year." That income inequality is growing, year by year, as (to paraphrase Jim Webb) the rich get richer, the poor get poorer, and the middle class gets squeezed. In both America and Israel, guess who fosters the policies that lead to rapidly growing income inequality? You guessed it: conservatives, the right wing, whatever you want to call them. It's always the same people, engaging in what they perversely call "class warfare" (accusing Democrats of the very thing THEY do, on an enormous scale), but in a Reverse Robin Hood manner, robbing from the poor to give to the rich (who don't need it), using the power of government to reward favored industries - oil, coal, big ag, big pharma, etc. - in exchange for campaign contributions. It's called "crony capitalism," and it appears to be alive and well wherever the right wing wields significant power.

Thanks to Cliff Schecter and the Coalition to Stop Gun Violence for this video from the "open carry"/anti-government event at Fort Hunt earlier today. Note the interview at the end where "featured speaker" Mike "Break their windows" Vanderboegh says there could be "more Ruby Ridges" and "more Wacos."  What I really want to know is, in what conceivable way have people like Mr. Vanderboegh been "pushed farther back" by the government? Was it the increased gun rights or the lower taxes that were the final straw for these guys? Hmmmm.

UPDATE #2: The Washington Post reports, Mark Warner is "noncommittal" on closing the "gun show loophole," while Jim Webb "came out firmly behind requiring background checks of all purchases at gun shows" (according to Lori Haas, whose daughter was wounded in the Virginia Tech shootings).

As CBS reports, "President Obama signs a major pact with Russian President Medvedev, cutting the number of nuclear weapons by a third." Most of us are thrilled about this, I'm fairly certain. But not the boys and girls over at Faux "News" ("unfair and unbalanced")!  For instance, check out this post, aptly titled, "Teh Stupidz! It Burnz!" Apparently, the right-wingnuts at Faux think we're all DOOOOOOOMED!!!! because President Obama and President Medvedev have just signed a New Strategic Arms Reduction Treaty. So, what's so horrible in this treaty to make us all DOOOOOOOMED? As nuclear expert Page van der Linden points out, absolutely nothing. For instance:

MYTH: President Obama does not have the support of top military brass on his nuclear weapons plans.

Not true. I'll just point you to comments from the Chairman of the Joint Chiefs of Staff Admiral Mike Mullen and the Vice-Chairman of the Joint Chiefs of Staff General Cartwright upon the release of the Nuclear Posture Review. That other important (former military) guy, Secretary of Defense Gates, also has good things to say about the Nuclear Posture Review as well as the New START treaty.

As Page van der Linden, aka "Plutonium Page," notes, the lying isn't just laughable, "but it's also sinister, because people start to believe it." Of course, that never stopped Faux and the rest of the right-wing noise machine before. Fortunately, there are smart people out there like Page van der Linden, who earned her nickname "working with the nuclear waste at the Hanford Nuclear Site in Washington State," to set the record straight.

P.S. My own expertise on nuclear weapons is limited to graduate-level work on U.S. National Security Policy at GWU. I also have a modest degree of experience on nuclear power from my 17 years at the US Energy Information Administration.