The other day, I wrote about Gov. Glenn Youngkin’s new, Confederate-monuments-defending appointment to the Virginia Board of Historic Resources. Among other things, Youngkin’s appointee, Ann McLean, claimed that Thomas Jefferson “really loved many of the people that he cared for and his laborers”; claimed that criticism of Jefferson is “going back to Karl Marx”; cited a debunked book about Jefferson by “Christian nationalist” David Barton; etc. So this morning, McLean went on right-wing talk radio (WRVA) and had some more, er, “interesting” things to day, this time about the push by Sen. Tim Kaine and Rep. Don Beyer to end Arlington House’s “Robert E. Lee Memorial” designation. According to McLean:

Again, Youngkin appointed this Confederacy apologist – who among other things minimizes the importance of slavery and compares the United States under Abraham Lincoln to Russia under Vladimir Putin –  to the Virginia Board of Historic Resources!  So next time you read some idiot “journalist” blabbering on about how Youngkin’s some sort of “sane” “moderate” who’s not Trump-like at all, just remember that he’s made numerous extreme appointments to his administration (e.g., Elizabeth Schultz, Andrew Wheeler,  Dr. Marty Makary, Colin Greene, Casey Flores, etc.), including this one! 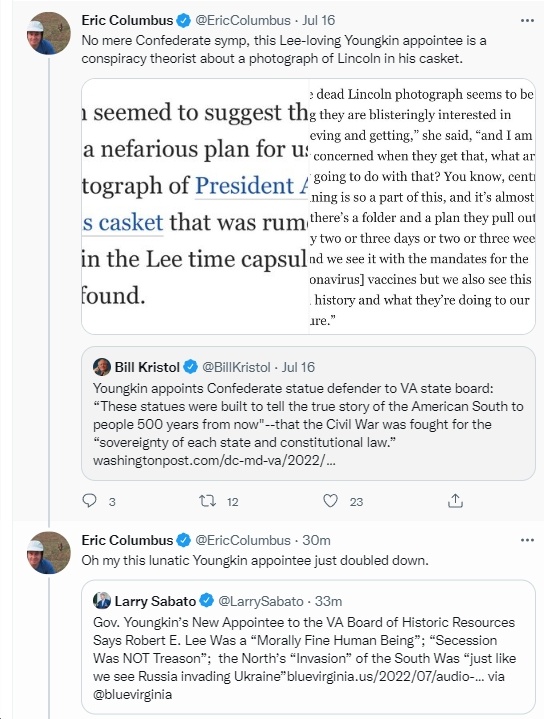 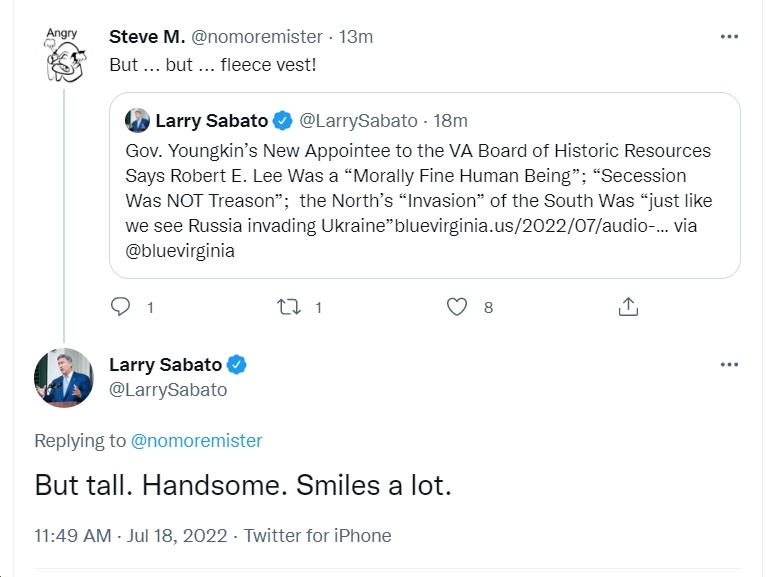