See below for reactions to VA10 Republican nominee Hung Cao’s latest insane/extremist comments. As reported by the WaPo:

A few responses to this disgusting, unacceptable rhetoric include:

Of course, Cao has made numerous comments that should automatically disqualify him from holding any public office. For instance, his unhinged climate science denial  (“I believe in god and…why we have a rainbow is because that’s god’s covenant to us…he’ll never wipe out the world again, so it’s kind of arrogant for us to believe we can we can destroy god’s creation”); his COVID science denial and quackery; his “Big Lie” rhetoric regarding the 2020 presidential election; etc. The fact that Republicans actually nominated this guy (let alone that Glenn Youngkin endorsed him!) tells you everything you know about that party. Do NOT vote for it under any circumstances, and make sure you vote Democratic (including for Rep. Jennifer Wexton in VA10 this fall!) up and down the ballot in every election! 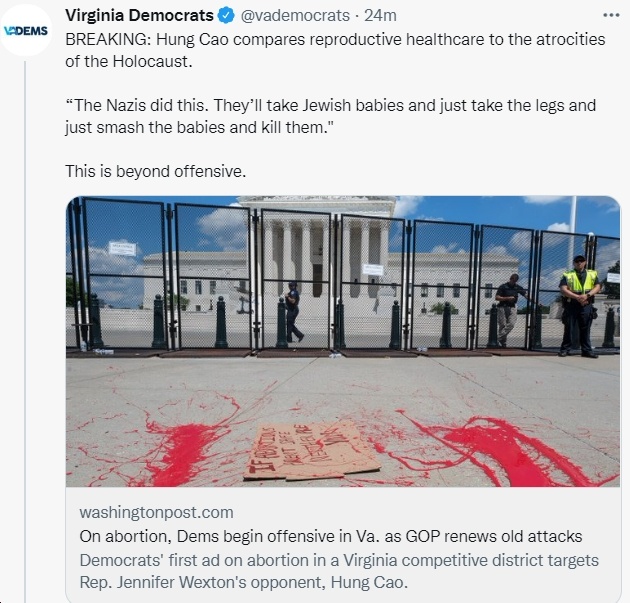 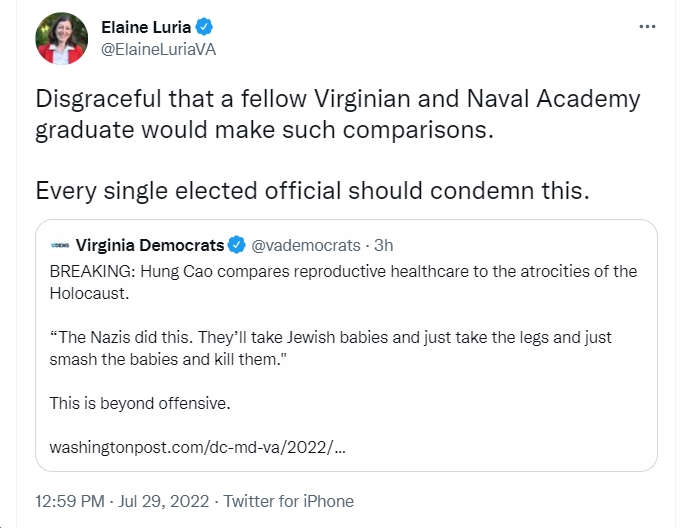 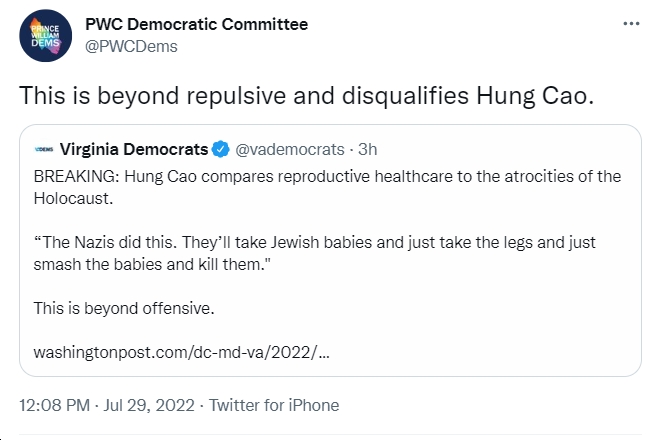 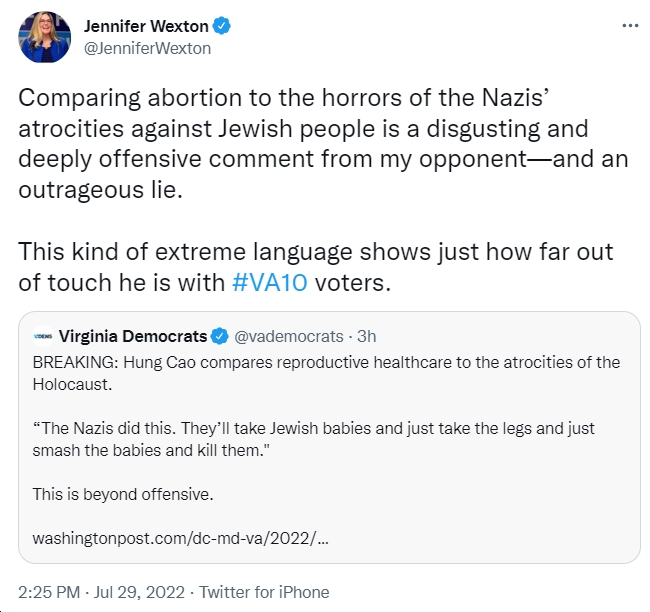