I’m not going to link to this trash, but on Tuesday, VA State Senator Jen Kiggans – the VA GOP(Q) nominee for U.S. House of Representatives in VA02 against the superb Rep. Elaine Luria (D-VA02) – went on Sen. Marsha Blackburn (R)’s podcast to spew out right-wing blather about “freedom” (which they obviously don’t believe in), including for women (which they REALLY don’t believe in!). But the point of this post isn’t to debunk Blackburn’s and Kiggans’ Fox “News”-style talking points. Instead, it’s simply to let everyone know the type of extremist nutjobs – in this case Blackburn – who are supporting Kiggans.  With that, Here are a few “highlights” (in air quotes) on Kiggans’ endorser Marsha Blackburn:

Also see Marsha Blackburn is an NRA favorite. Her comments about the Thousand Oaks shooting show why. (“The NRA spent $1.25 million to get her elected.”); Marsha Blackburn Lectures First Black Woman Nominated to Supreme Court on ‘So-Called’ White Privilege (“The Republican from Tennessee suggested to Ketanji Brown Jackson that it’s merely a coincidence that only 2 of America’s 114 Supreme Court justices have been Black”); Says Marsha Blackburn “voted against the Reauthorization of the Violence Against Women Act, which attempts to protect women from domestic violence, stalking, and date rape.”; etc. 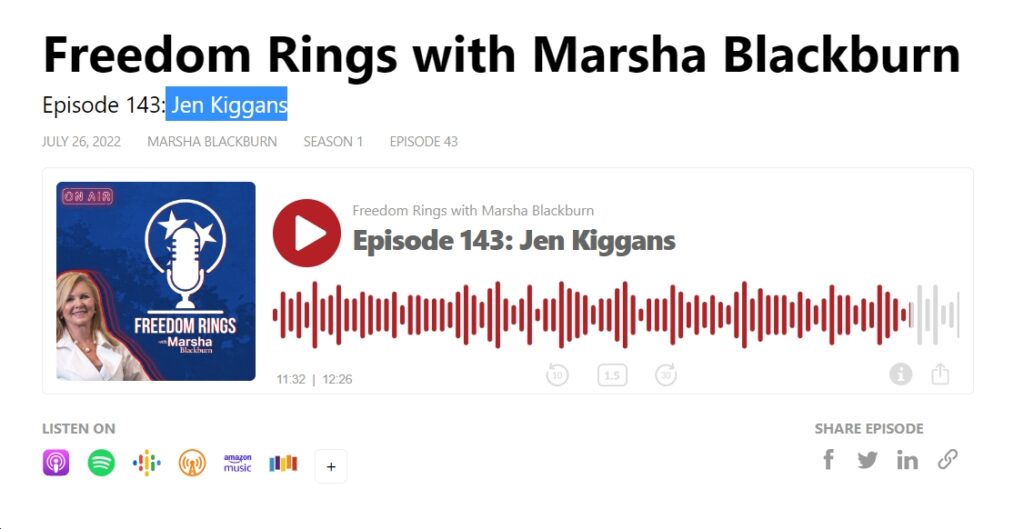