See below for video and some comments regarding today’s presentation by Youngkin’s Acting Secretary of Natural Resources Travis Voyles (note: Voyles’ real boss is Andrew Wheeler, whose nomination was rejected but who Youngkin hired as a “senior advisor” anyway).

So in this presentation, Voyles – aka, the Youngkin administration – was as usual being wildly dishonest, NOT arguing in good faith, etc. For instance, Voyles never talks about the urgent need to get off of fossil fuels, and he certainly doesn’t mention the climate crisis. Also, as this tweet astutely notes, Voyles’ presentation was “all about cost, cost, cost – and yet, not one mention of the drastic increase in natural gas costs which are causing the increased bills. Renewable energy through RGGI stabilizes costs, takes the drastic swings away.” Also, as VA Sen. Ghazala Hashmi points out, “We know how absolutely critical #RGGI funds are for Virginians, including in “communities such as Buchanan and Pound,” which experienced devastating flooding recently.  And as one Air Board member pointed out, the Youngkin administration is, for whatever reasons, singling out RGGI and focusing all the blame for electric bill increases on that one program, without noting that there are MANY other reasons – far bigger than RGGI, such as much higher natural gas costs – for those higher bills. It’s really maddening.

For more information on why RGGI is valuable and why Virginia should remain in it, see RGGI funds have been a game-changer for many low-income homes; Opinion/Editorial: What’s the plan to cut carbon without RGGI?; Rick Galliher: Keep Virginia in the Regional Greenhouse Gas Initiative, The GOP offensive against climate action begins, etc. 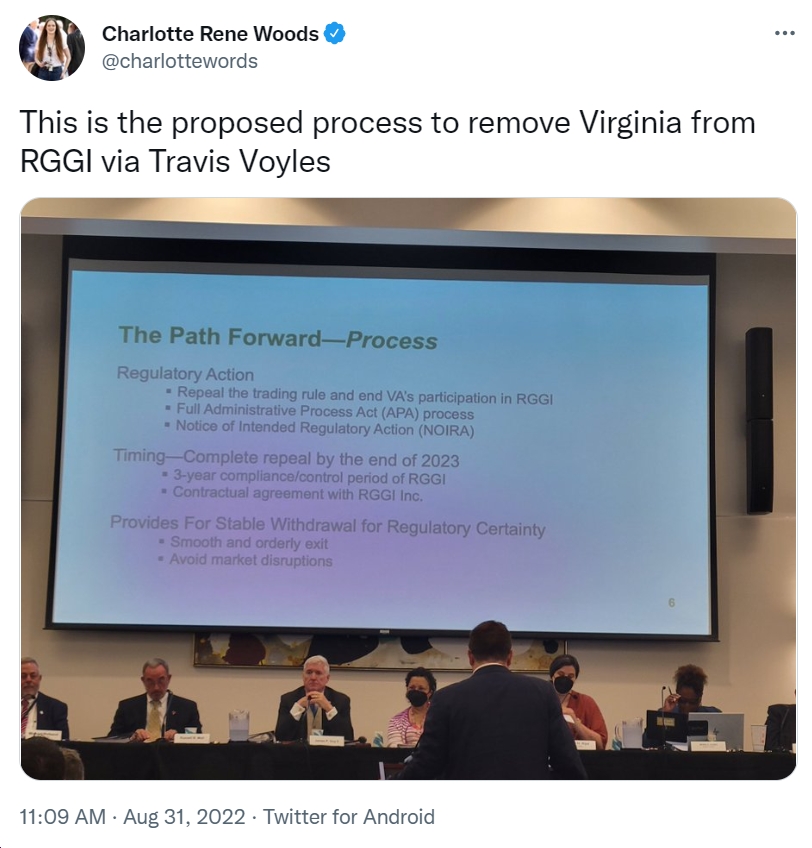 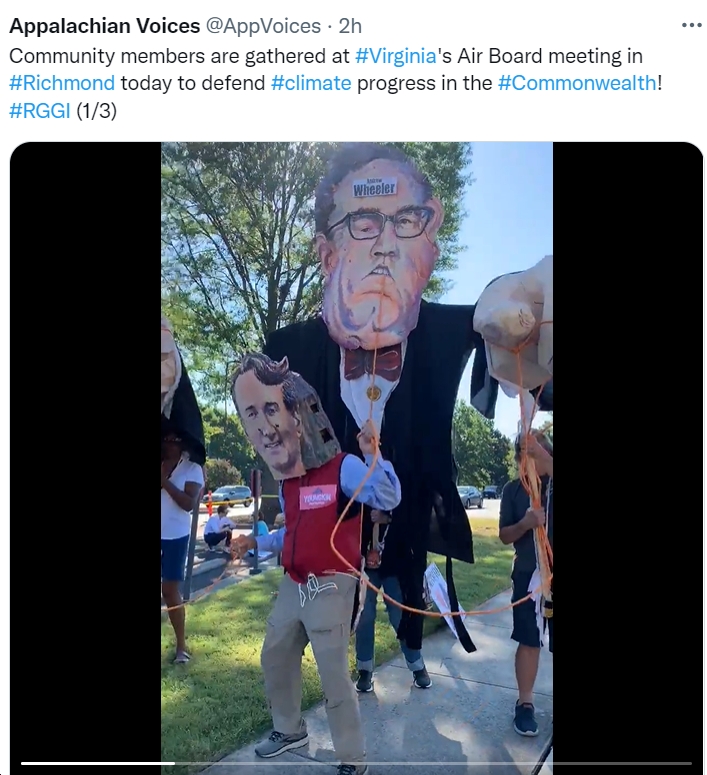 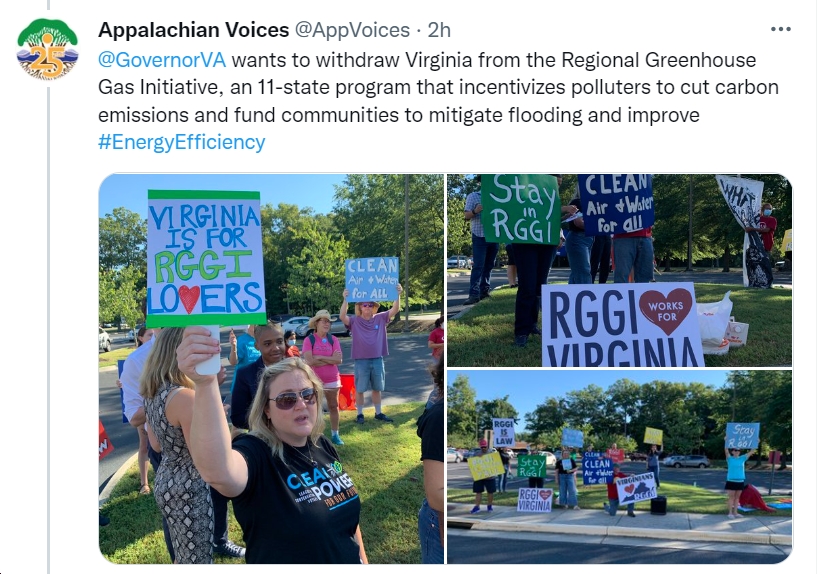 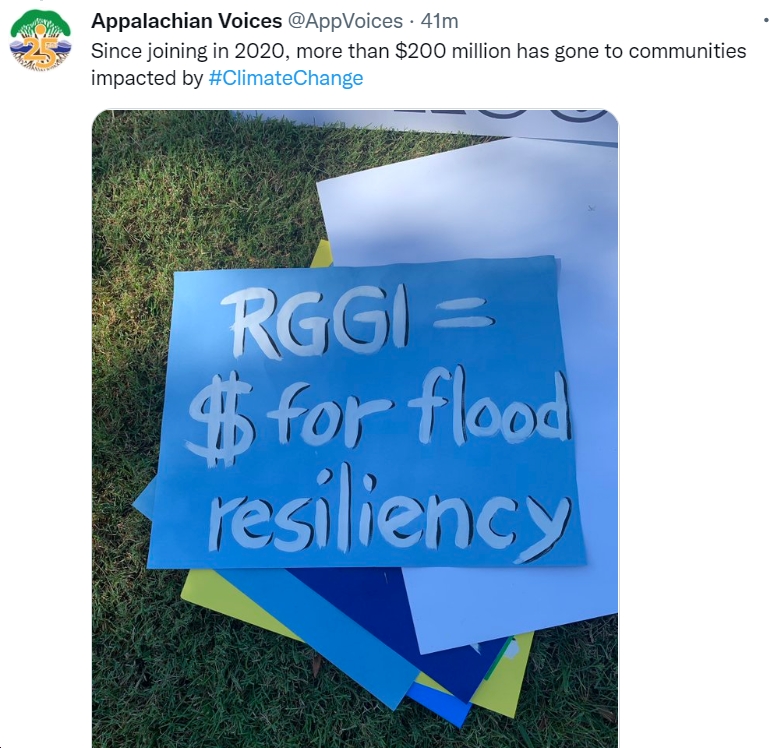 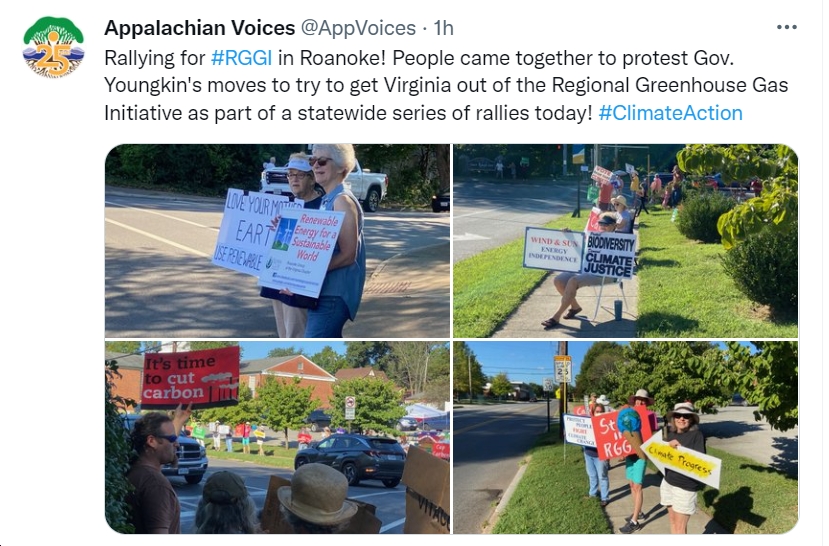 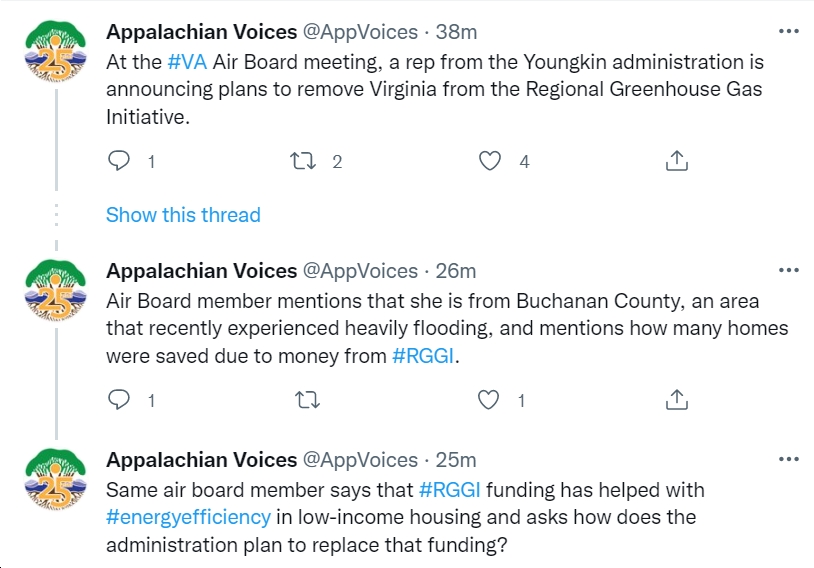 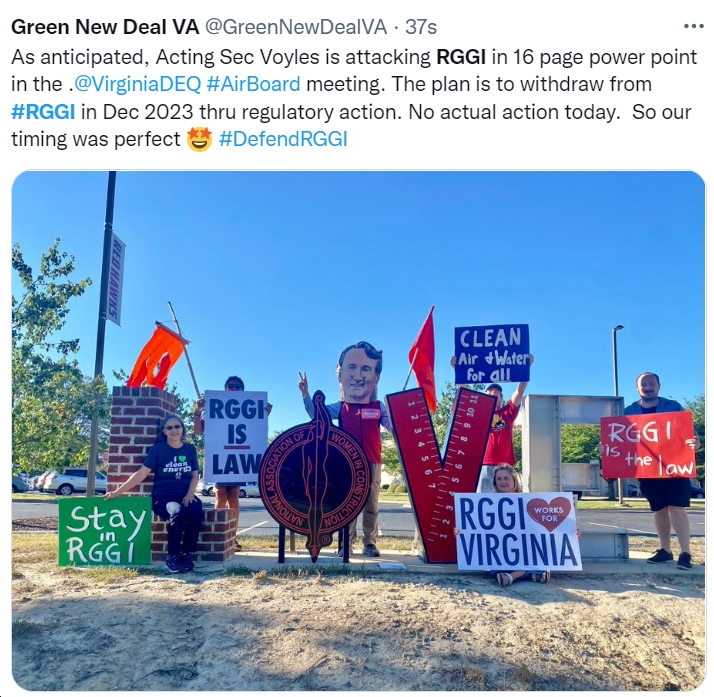