See below for a press release from Del. Angelia Williams Graves (D-Norfolk), who today announced her candidacy for Virginia’s 21st State Senate district. Graves, who was first elected to the House of Delegates in a special election on January 5, 2021 (after serving 10 years on Norfolk’s City Council), joins two other Democrats – Norfolk City Council member Andria McClellan and Mike Pudhorodsky – seeking the nomination for this seat. The district, which is 100% in Norfolk, is 42.9% Black, 40.8% White, and overwhelmingly Democratic (e.g., it went 70.6% for Terry McAuliffe in 2021). May the best candidate win (and remember, in 2023, the ENTIRE Virginia State Senate AND House of Delegates will be on the ballot, so stay tuned and stay engaged!).

P.S. Note that Del. Graves and Del. Jackie Glass had been drawn together in the new HD93, so this move avoids a primary there… 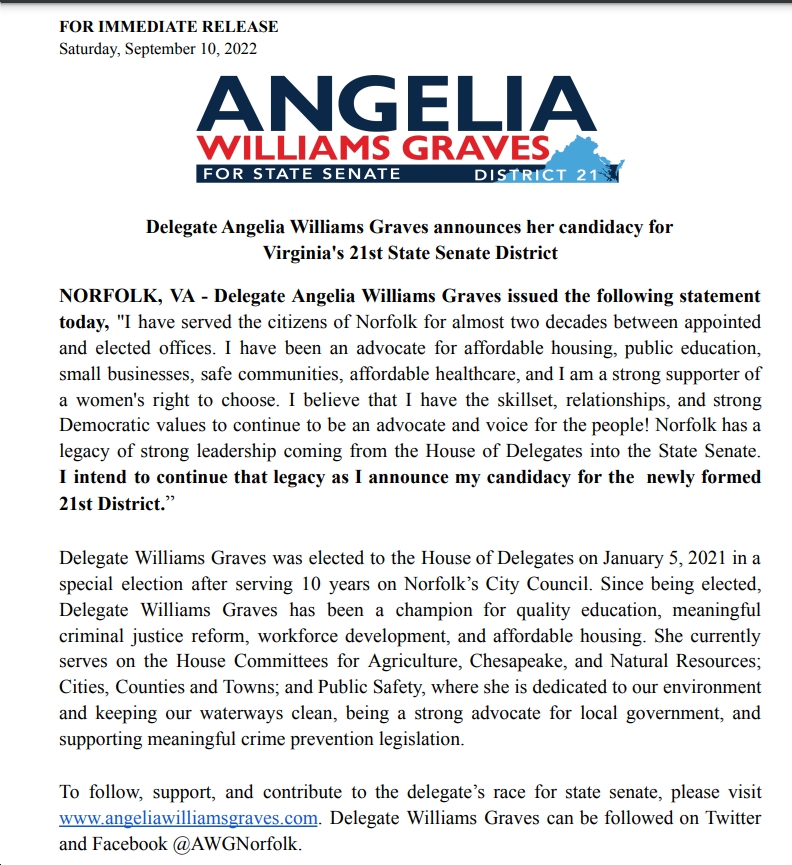