Back in 2013, Terry McAuliffe’s main opponent for governor was, of course, extremist Republican Ken Cuccinelli. But you may recall that there was also a Libertarian candidate, Robert Sarvis, in that race, and that Sarvis actually received 6.5% of the vote – potentially enough to have made the difference in a race that McAuliffe won by only 2.5 percentage points.

However, despite many people thinking that *of course* a Libertarian candidate would have drawn more from Cuccinelli’s than McAuliffe’s base of support, it’s important to note that the CNN exit poll at the time actually found Sarvis’ support coming more from self-described liberal voters (7%) than from self-described conservative voters (3%), with another 10% coming from self-described moderate voters. CNN’s exit poll also notes that by party ID, 3% of Sarvis’ voters were Republicans and 4% Democrats. So who knows, but most likely, Sarvis’ presence in that race didn’t have any significant impact on the final result – at least based on the CNN exit poll.

Still, despite its lack of major impact on Virginia politics over the years, the Libertarian Party of Virginia has certainly put forward candidates, including for governor (e.g., in 2017, the Libertarian nominee, Cliff Hyra, received 1.1% of the vote) and for US Senate (e.g., in 2014, Sarvis received 2.4% of the vote in an election where Sen. Mark Warner just barely held off Republican Ed Gillespie, 49.2%-48.3%).

So it’s noteworthy, as you can see in the following tweets, that apparently there will no longer be a Libertarian Party of Virginia. Why not? Check out their statement, below, in which they cite – among other things – the national party’s “thinly veiled anti-Semitism, explicitly welcoming bigotry into the party,” “openly denouncing women’s suffrage, the civil rights act…democracy itself.” In sum, according to the Libertarian Party of Virginia, the national Libertarian Party has become “functionally indistinct from other alt-right parties and movements,” to the point that it’s actually “destructive of Liberty and to all fundamental principles that we hold dear.” Of course, the same exact words apply the Republican Party, so…welcome to the Democratic Party of Virginia, former Virginia Libertarians? 🙂 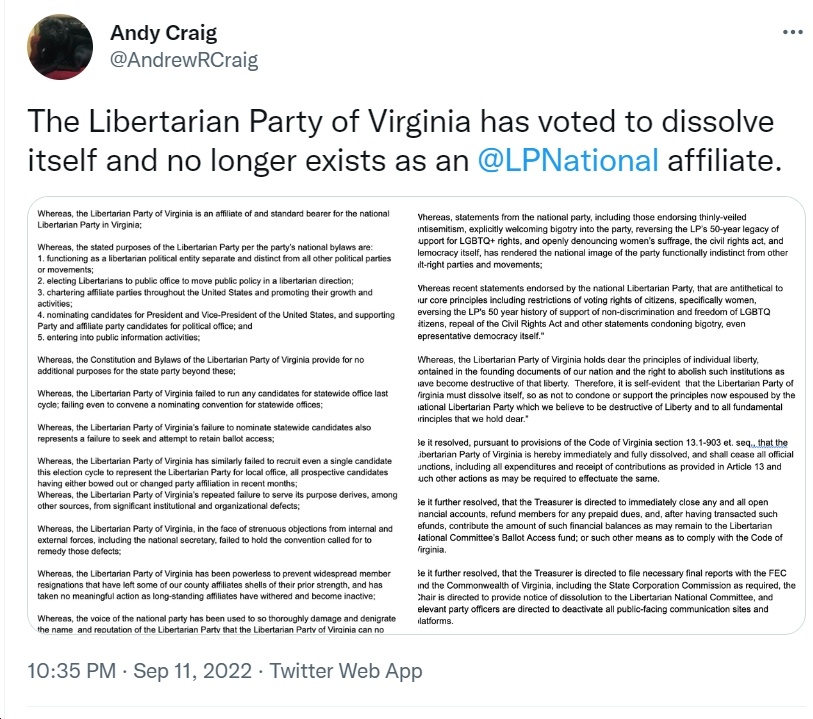 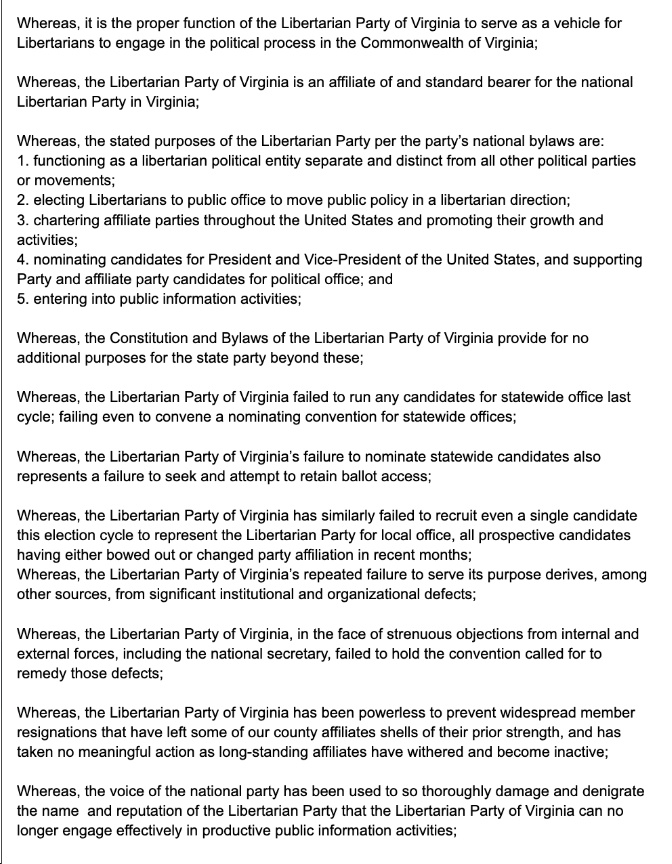 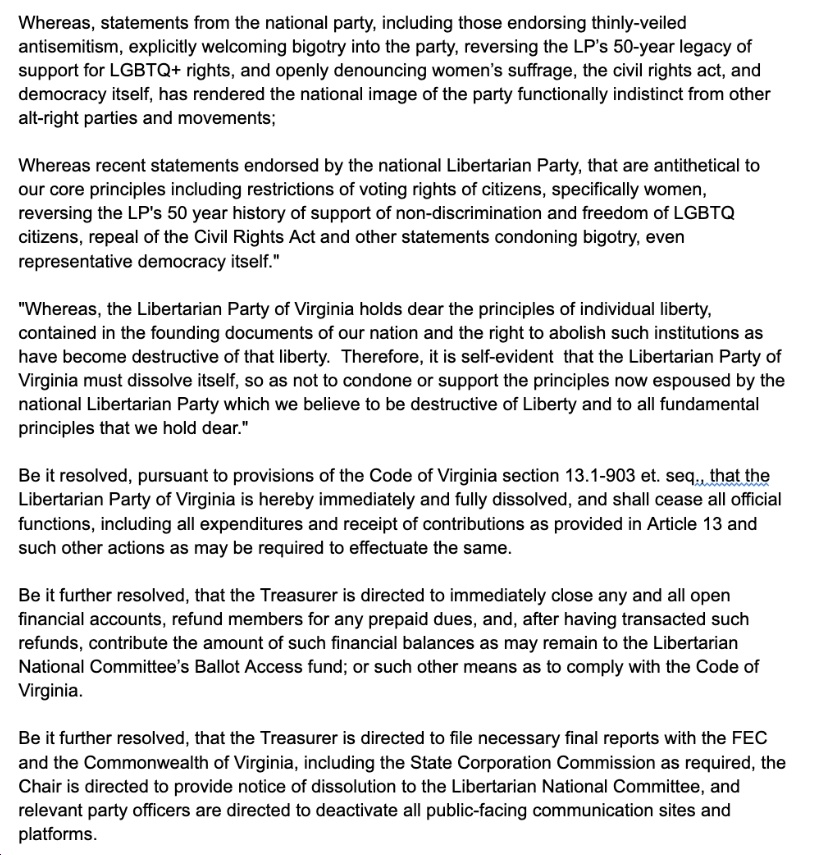