See below for the latest lunacy by Virginia’s far-right Attorney General, Jason Miyares, who has now set up an “Election Integrity Unit” despite the fact that, as reporter Justin Jouvenal writes, “Va. has not seen significant issues with voter fraud.” For the record, the Virginia Department of Elections review of the 2020 election found an absolutely miniscule “.00000065117% chance that the outcome of the Presidential election in Virginia was inaccurate, meaning that election officials are over 99% confident in the reported outcome.” So yeah, as Sen. Louise Lucas puts it, “Jason Miyares ran for AG as a moderate but he has turned out to be a mini-Trump with somehow even less brains.” Even more astounding is that Virginia voters chose Miyares, albeit by a razor-thin margin (just 27k votes out of 3.3 million cast), over the superb Mark Herring. WHY??? 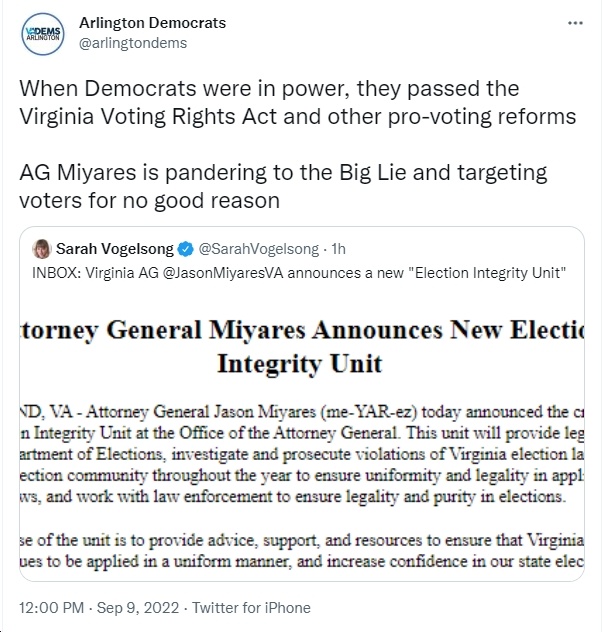 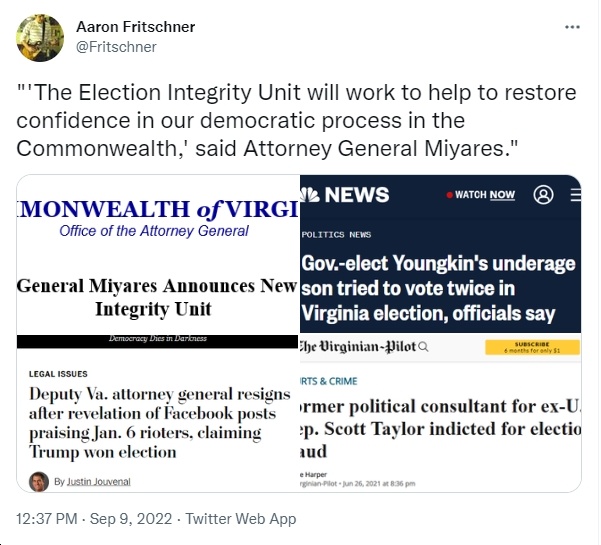 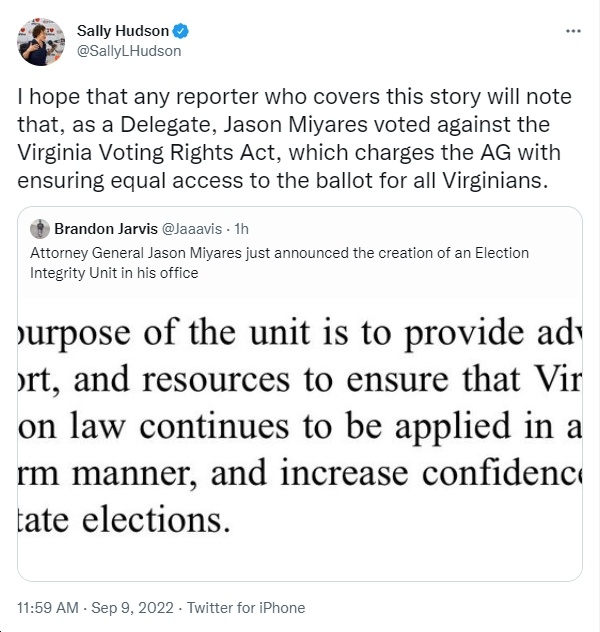 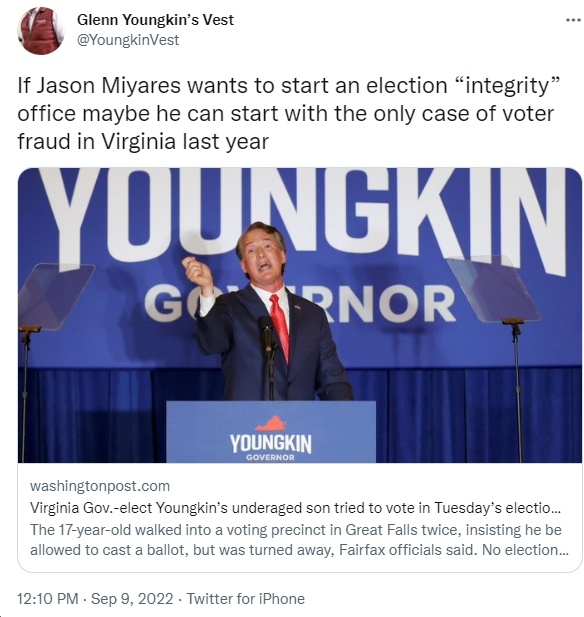 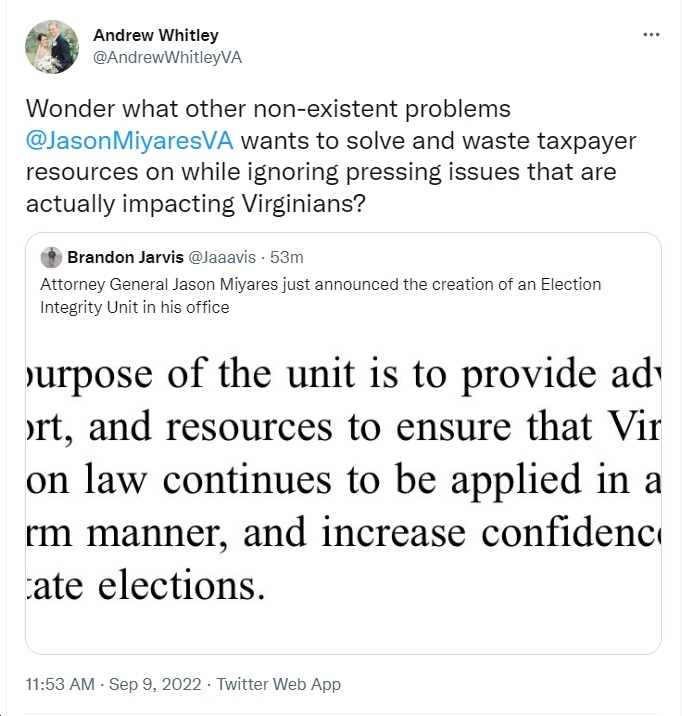 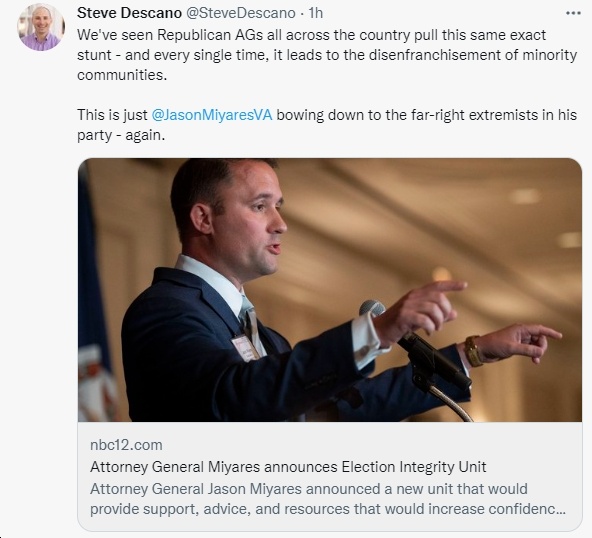 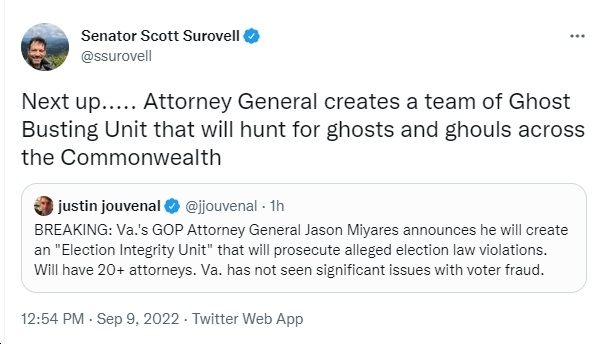