As President Biden correctly points out, “too many lives have been upended because of our failed approach to marijuana,” and it’s time to “right these wrongs.” Also, see below for some reactions from Virginian elected officials and candidates as they come in…

Too many lives have been upended because of our failed approach to marijuana. Hear from @POTUS on the three steps he is taking to right these wrongs. pic.twitter.com/IqOxHxjgue 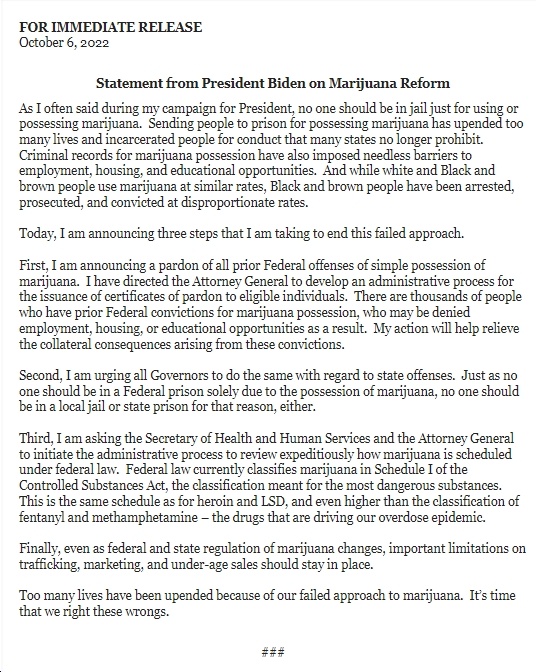 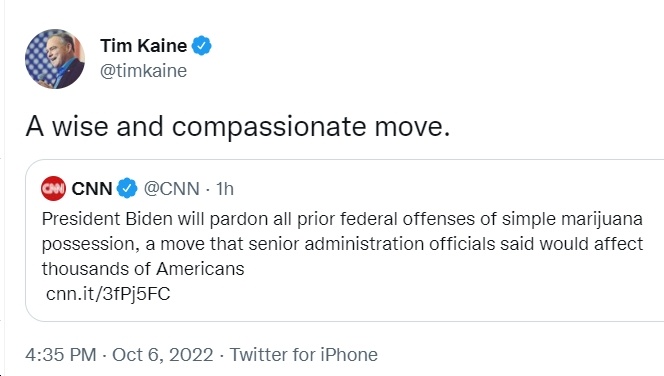 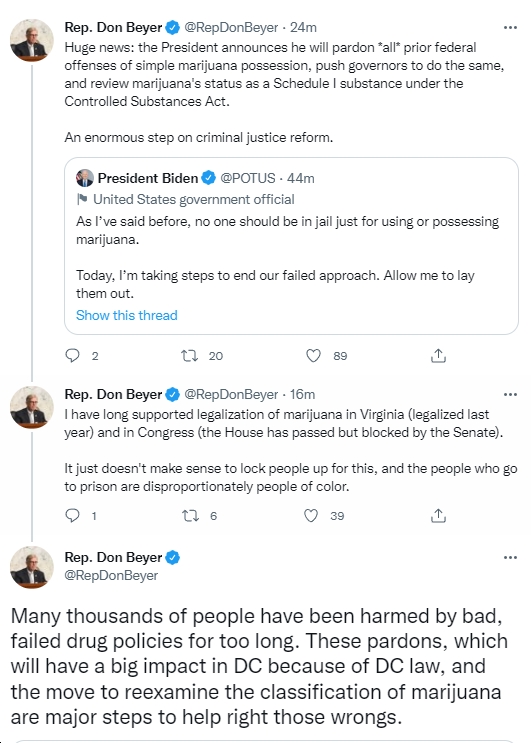 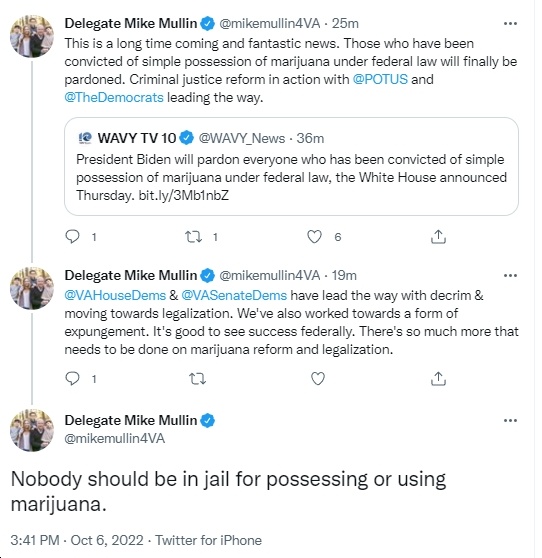