VA Del. Tim Anderson (R) – a former close ally of extremist/Trump cultist VA Sen. Amanda Chase (R) who now, suddenly, claims that “Trump running for President is the absolute worst thing that can happen to Virginia state politics” – is clearly not happy with  the Virginian-Pilot calling him out in its editorial, “LGBTQ Americans need public support against efforts to erase them” As the editorial states, 100% correctly:

The commonwealth isn’t immune to this sickness infecting the country. Earlier this year, Gov. Glenn Youngkin’s administration proposed rules that would harm and possibly endanger transgender youth in public schools.

Not content to merely have the title removed from public schools, Del. Tim Anderson, R-Virginia Beach, unsuccessfully filed suit to stop private bookstores from selling “Gender Queer,” a memoir about the author’s personal journey of identity.

In response, Del. Anderson posted a tirade on his Facebook page, claiming (falsely) that the Virginian-Pilot doesn’t have “an ounce of journalistic integrity”; arguing (laughably) that he’s actually “the first person to run towards injustice” (hahahahaha, now he’s some sort of social justice warrior hero?!?); and then ranting that he’s all about “protecting the innocence of children from a woke, Marxist liberal mob intent on sexualizing and confusing children in their formative years.” Uhhh…so, besides the fact that there’s literally no “woke, Marxist, liberal mob” in America (“woke” is basically a vague, catch-all word used by right wingers to attack anything they don’t like; “Marxist” is just completely nonsensical in a U.S. context, and certainly has no relation whatsoever to American liberals – who most certainly are not a “mob” in any way/shape/form), the concept that Democrats, liberals, etc. are “intent on sexualizing and confusing children in their formative years” is based on…what evidence, exactly? Like, none whatsoever? And why is it that right wingers like Tim Anderson are so obsessed with this (false) idea, anyway?

With that, check out Anderson’s tirade, below, followed by a photo of Del. Anderson with Gov. Glenn Youngkin and Del. Karen Greenhalgh, another right-wing Republican called out by the Virginian-Pilot in its editorial, which notes that Greenhalgh “recently introduced legislation that would limit participation in sports programs based on a person’s biological sex, taking direct aim at transgender kids” (for more on that bill, see “Virginia Republicans joining their colleagues nationwide in wanting the state to investigate your child’s genitals”). 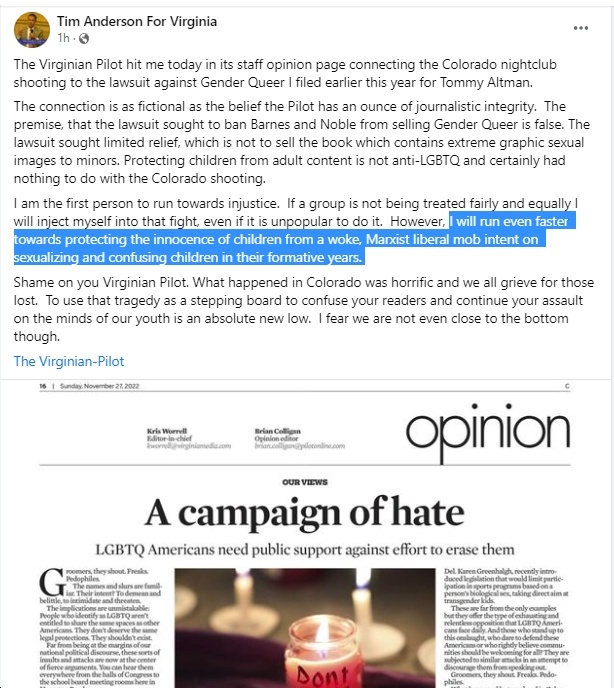 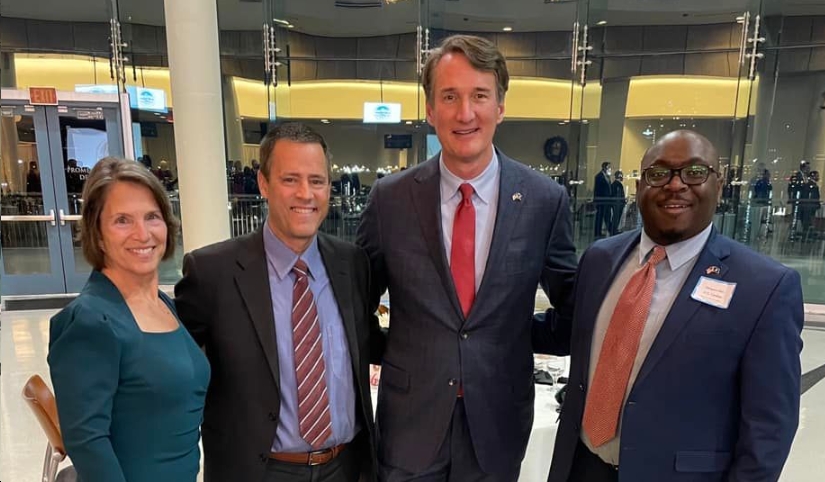