As reporter Margaret Barthel explains, the following letter from Equality Virginia “says there is a connection between the Youngkin admin’s model policy on transgender students and the rise in anti-LGBTQ violence most recently on display in Colorado Springs.”

“Anti-trans policies contribute to the anger and violence trans people needlessly endure. We sent a letter to the Gov, and State Sup. of Pub. Instruction urging them to rescind the VDOE’s anti-trans proposed model policy set to go into effect Saturday.”

Also note that, despite thousands of comments, both for and against it (although definitely more against it), “the VDOE’s anti-trans proposed model policy [is] set to go into effect Saturday.” Ugh. 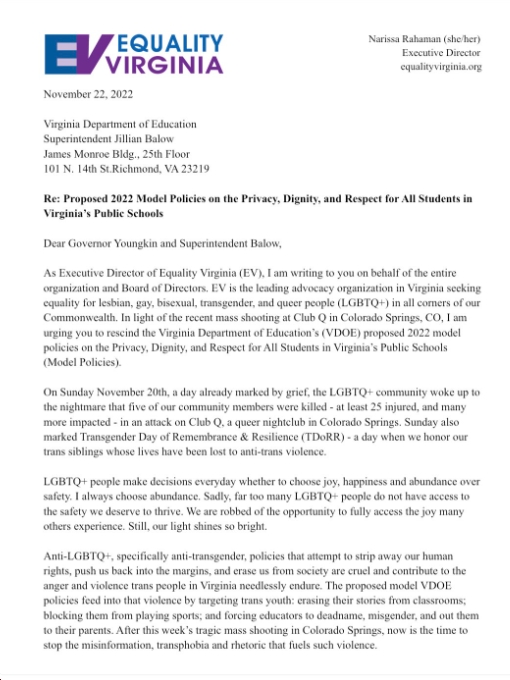 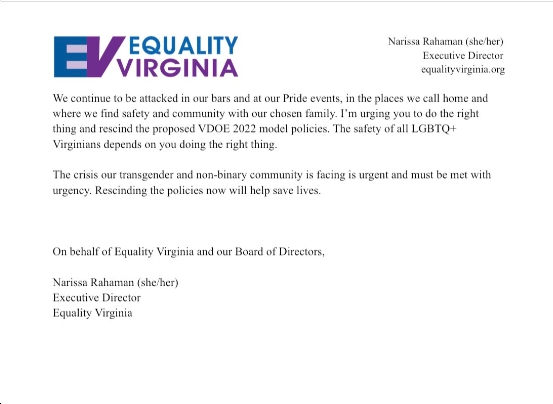