With the 2022 mid-term elections behind us, it’s time to start focusing our attention on the 2023 Virginia elections for House of Delegates (all 100 seats will be up, with Republicans currently holding a narrow 52-48 majority), State Senate (all 40 seats will be up, with Democrats currently holding a narrow 21-19 majority), plus a bunch of important local offices (e.g., for County Boards, School Boards, Commonwealth’s Attorneys, etc.). We’ll be looking at these races a lot more in coming months, but for now, see below for: 1) the partisan lean of State Senate and House of Delegates district, per VPAP; 2) Sam Shirazi’s competitive seats ratings; and 3) a tweet by Del. Danica Roem focused on Prince William County seats, such as HD21 and HD22, both of which  Dems will work to win next year.  A few key points include: 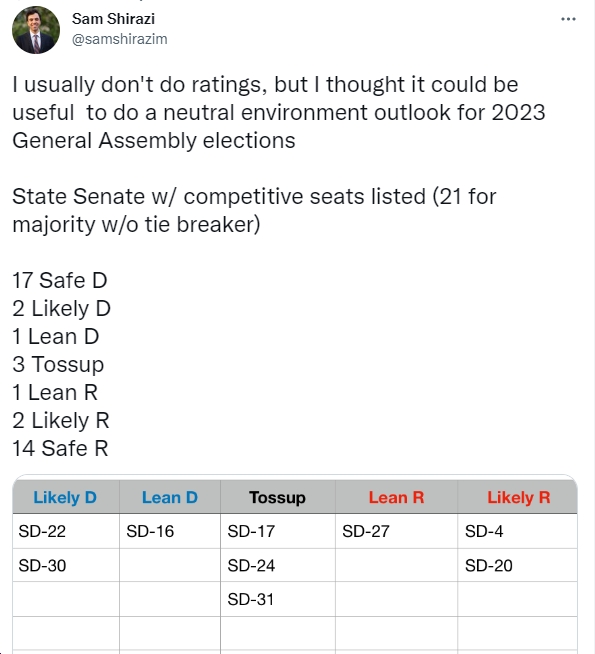 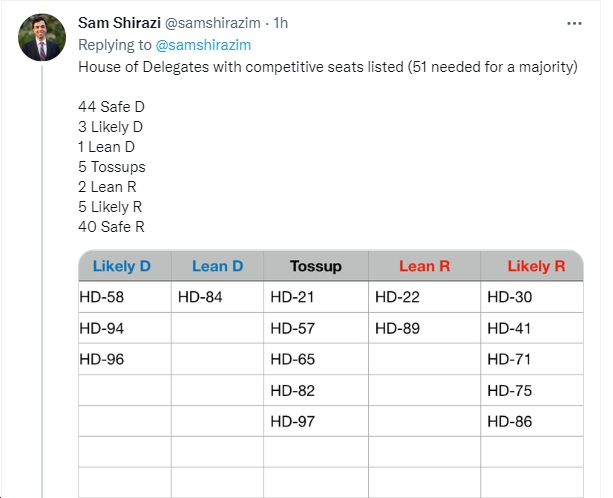 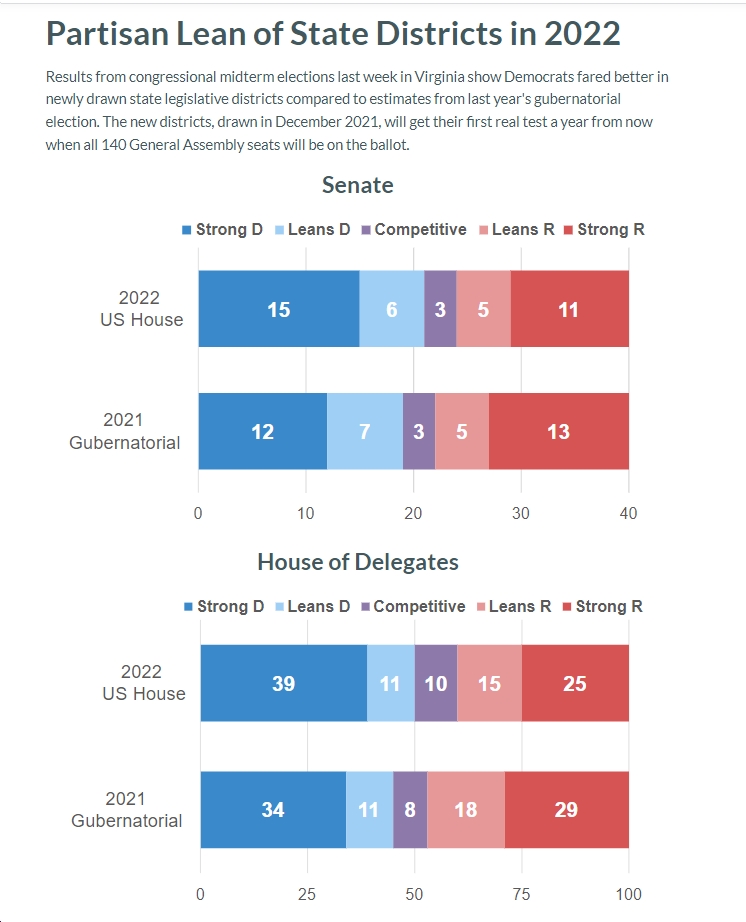 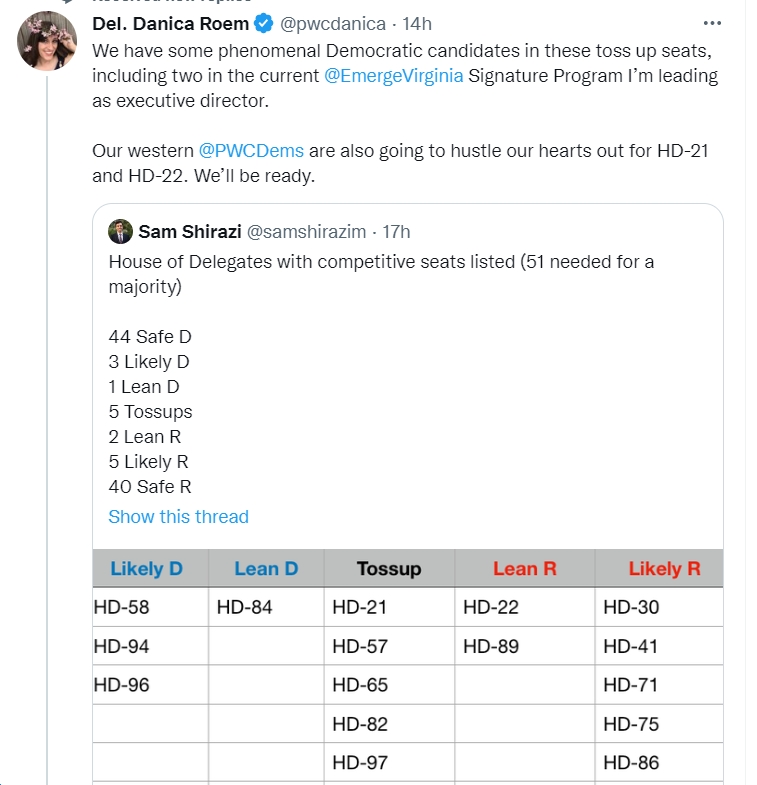