Great win in Georgia last night, fantastic work by everyone involved! Now, it’s time to focus heavily on the VA State Senate District 7 special election coming up on January 10, as it could have HUGE implications for the future of women’s reproductive freedom and many other issues in Virginia. Keep in mind that the only thing stopping Glenn Youngkin’s far-right agenda from becoming a horrifying reality is that narrow Democrats majority in the State Senate, aka the “firewall.” Right now, of course, Democrats have a temporary, 21-18 seat majority, given the vacancy resulting from Republican Jen Kiggans’ unfortunate victory over Rep. Elaine Luria (D-VA02). However, if Republicans win the SD7 special election, that would move it back to 21D-19R. And if State Sen. Jennifer McClellan runs for U.S. House in VA04, and wins, it’s possible that the State Senate could be just 20D-19R by the end of the 2023 session. Which is REALLY too close for comfort, especially given that one of the Democrats, Joe Morrissey, says he’s “pro life.” So…yes, we REALLY need the cushion of having another Democratic Senator in there, which is why we all need to be focusing on Aaron Rouse winning the January 10 special election!

By the way – in general, these off/odd-year Virginia elections usually see a MAJOR “dropoff” in voter participation compared to the other three years (presidential election, gubernatorial election, midterms elections), and that has tended to disproportionately hurt Democrats. In 2023, we simply can’t afford that, given all that’s at stake, and given that the only brake on Youngkin moving Virginia hard right is Democratic control of one or both Houses of the General Assembly. So, bottom line: while these General Assembly races (and many important local races as well) won’t get as much national attention as Warnock vs. Walker, they absolutely deserve a LOT of attention, as they are crucial to the future of Virginia… 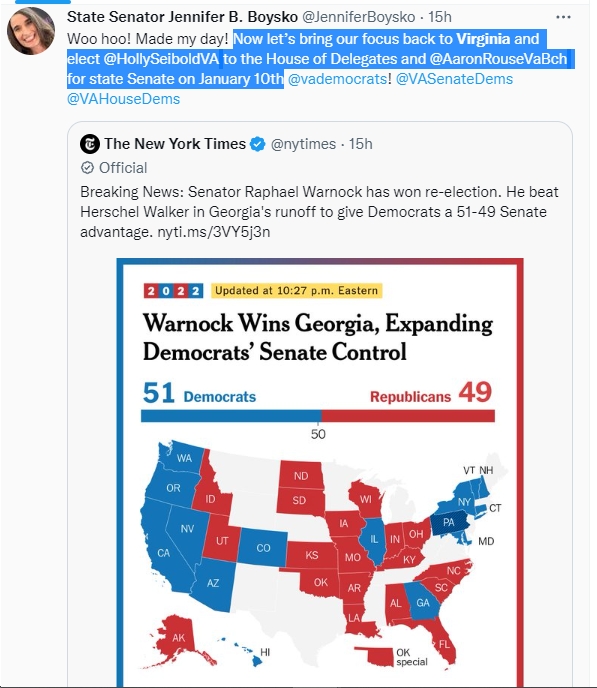 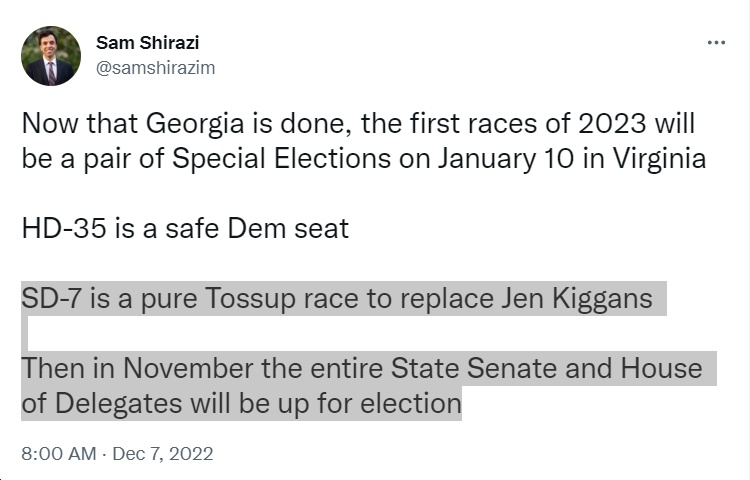 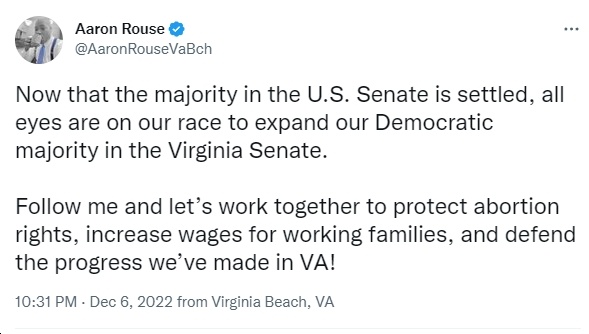 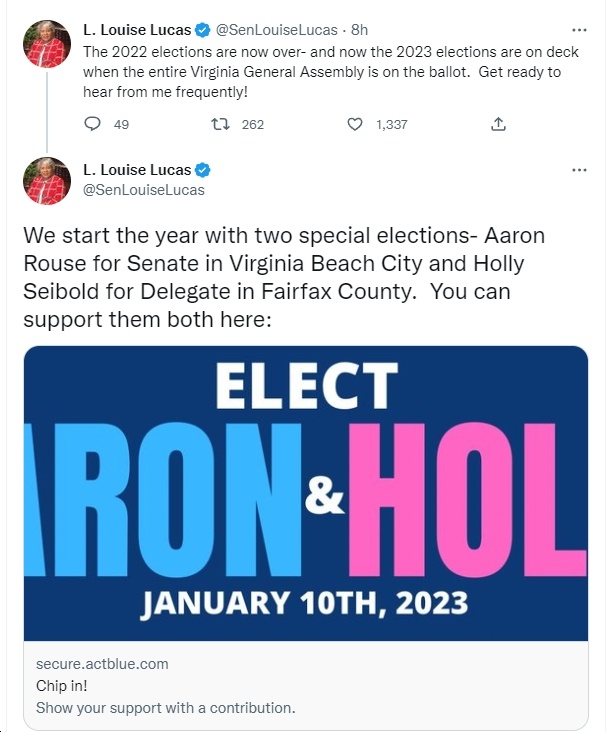 📢Special Election Alert📢 Virginia Senate candidate @AaronRouseVaBch is on the ballot January 10! Holding Democratic control of the Virginia Senate is one of our top priorities in 2023. Help us kick the year off with a win by supporting his campaign!https://t.co/2kL4XcX8xU

Let’s protect and expand our firewall together. Get involved today 👇https://t.co/hbQkbTvOtH