“The Air Pollution Control Board voted to advance a proposed regulation today attempting to undo Virginia’s Regional Greenhouse Initiative (RGGI) law. Two board members abstained from voting due to their concerns about Youngkin’s legal authority to override Virginia’s RGGI law. The vote is followed by a 60-day public comment period on the proposed regulation.

‘Youngkin’s foolhardy attempt to run roughshod over Virginia’s pollution law on behalf of his out-of-state fossil fuel political donors only shows that he has put his own political ambitions above protecting the everyday Virginians he was elected to serve. Youngkin’s unlawful attack on Virginia’s climate law is reckless, and imperils Virginians’ pocketbooks as well as our climate future.

‘Governors can’t imperiously shred standing law, and I think Virginians are tired of that kind of deliberate, Trump-style chaos in their government, especially when it’s aimed at a popular program like RGGI. RGGI is a keystone climate action that has already delivered nearly half a billion dollars in crucial flood protection and energy efficiency investments, while heading off the worst, most expensive climate damage facing our coastal real estate.'”

Appalling, in other words, on every level. See below for more reactions to this latest disgrace by Youngkin…one of the worst Virginia governors EVER. 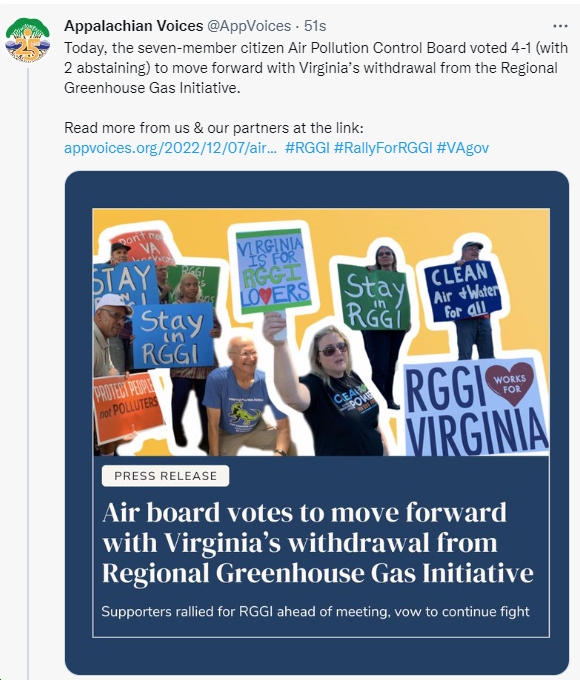 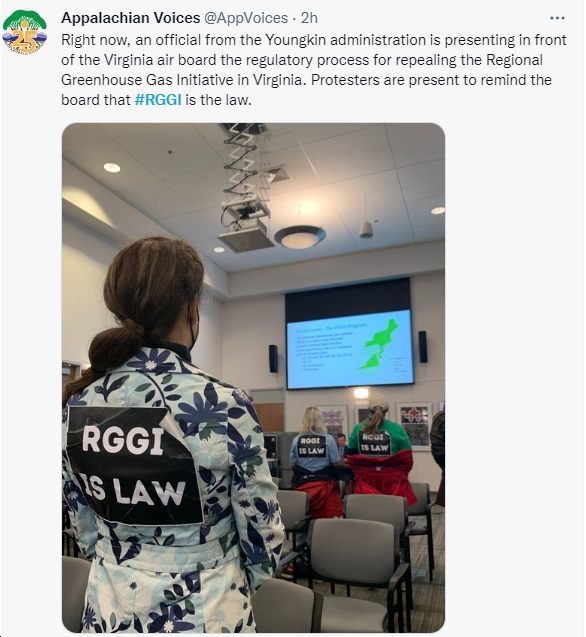 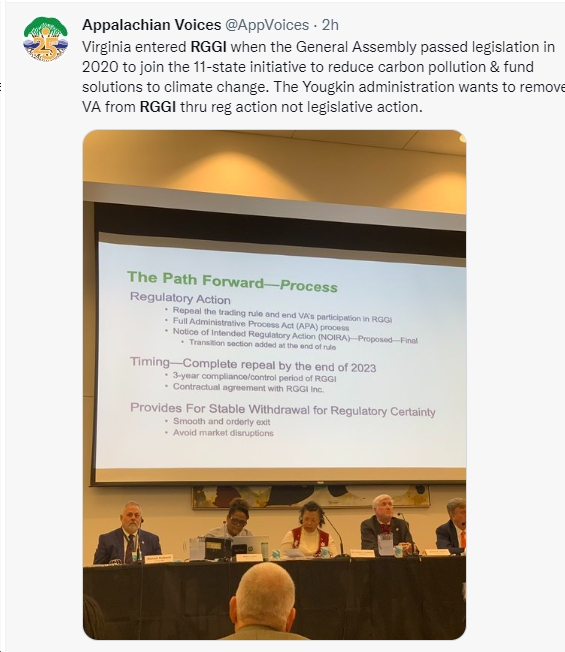 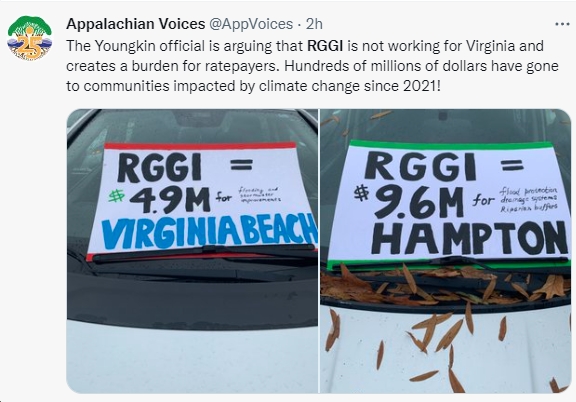 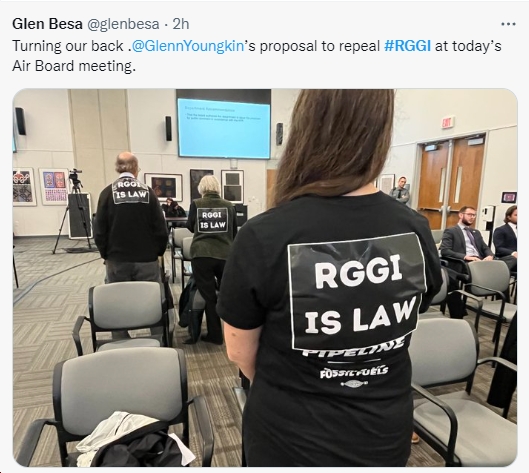 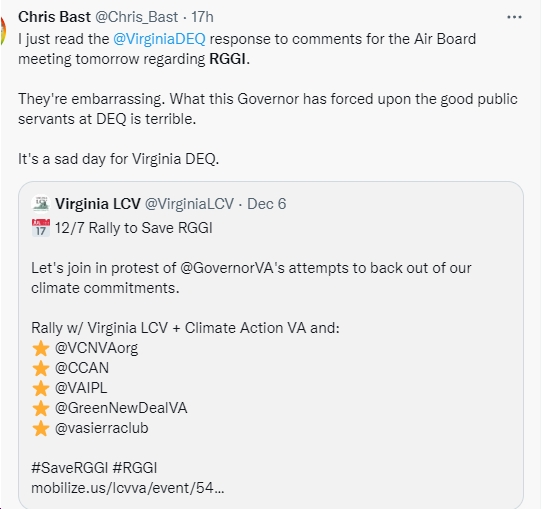 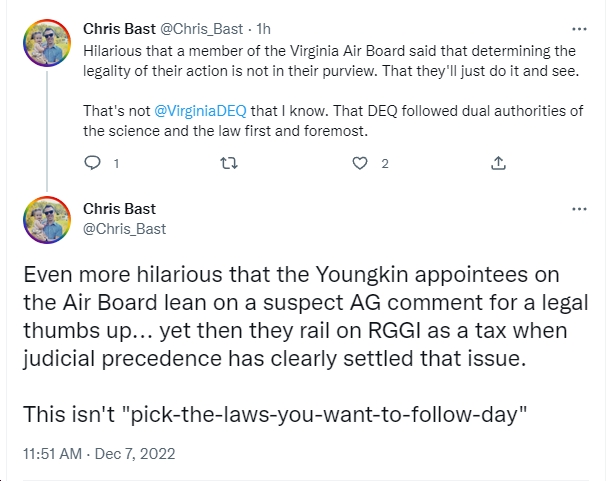 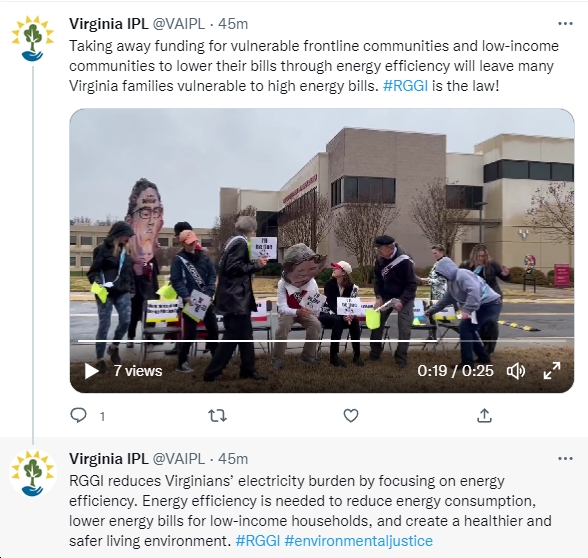 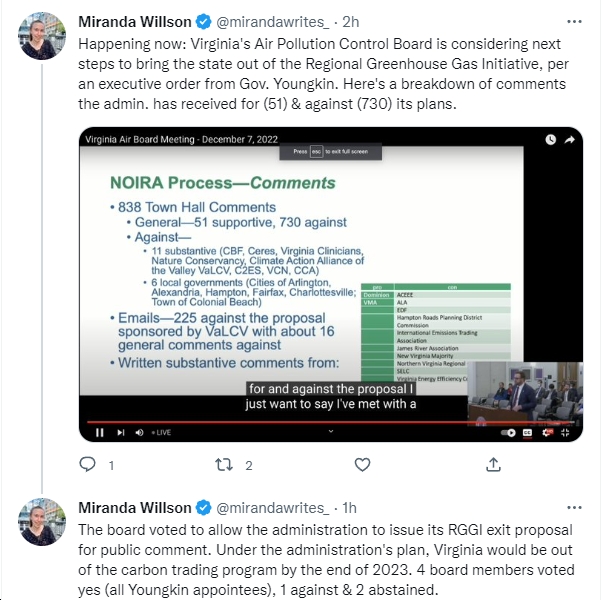