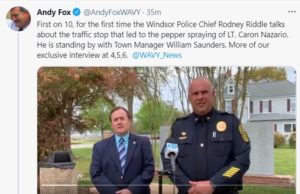 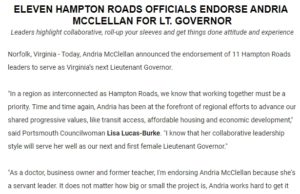 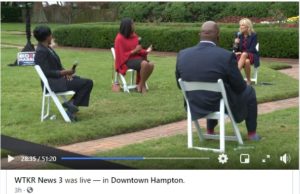 lowkell - September 24, 2020 0
See below for video of Dr. Jill Biden speaking with Black educators in Hampton Roads earlier today, as well as some photos and video... 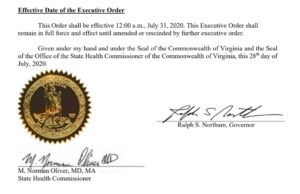 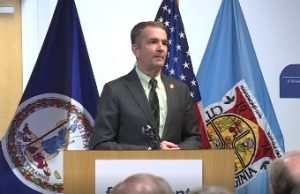 Blue Virginia - March 10, 2020 0
Check out the following press release from Gov. Northam's office, as well as video of his announcement a little while ago... Governor Northam Announces Amazon... 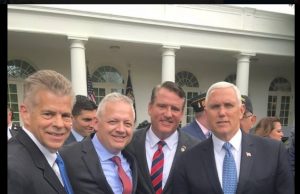 Ahead of Mike Pence’s Virginia Beach Visit, A Refresher On How...

Blue Virginia - October 30, 2019 0
From the Democratic Party of Virginia: Ahead of Mike Pence's Virginia Beach Visit, A Refresher On How The Trump/Pence Administration Has Failed Hampton Roads  RICHMOND, VA... 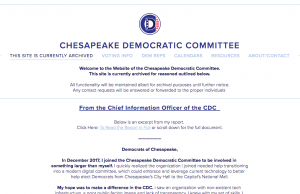 In Norfolk, Fish Is Roadkill

A Siegel - December 4, 2018 0
You don't have to be that old to remember when fishing in Virginia meant searching for a body of water rod and reel in...

lowkell - September 26, 2018 3
See below for video of today's "Ask the Governor" appearance by Gov. Northam on WTOP, as well as my comments/"live blog." Also note that...

Thank God for climate change deniers. They may eventually be the only buyers for shorefront real estate.

Sea level rise may not cause widespread flooding until later in this century or into the next one, but real estate deals involve long timelines: the useful life of a new house or a commercial building can be at least fifty years, while an infrastructure project might last a hundred years or more.

And of course, it's one thing to lose your house, and another to lose the ground beneath it. Sea level rise means low-lying real estate now comes with an expiration date.

So smart buyers-and landowners-have to consider not just today's flood maps, but also ones that haven't been drawn yet. If a rising sea will threaten property some decades from now, it will depreciate over time, like a car. At some point only chumps and climate deniers will buy.

Head-in-the-sand posturing still dominates the headlines, like Florida Governor Rick Scott's alleged ban on the use of the term "climate change," or the North Carolina legislature's silly (and costly) attempt to legislate sea level rise out of existence. Now the Federal Emergency Management Agency (FEMA) hopes to force states to get serious about climate change by requiring states to do a better job planning for natural disasters caused in part by global warming. FEMA's goal is to save money through better planning, but conservatives have attacked the requirement as politically motivated.

Meanwhile, however, many states and localities have already begun using sea level rise forecasting in their planning. The projections will help land use planners determine not just where to allow growth, but also where to defend existing development against the incursion of the sea, and where the wiser course is to retreat. And of course, the studies should inform the decisions of anyone thinking of buying property on the coast.

Two recent studies provide a picture of sea level rise in Virginia. The Virginia Institute of Marine Science (VIMS) issued its report in January 2013, titled Recurrent Flooding Study for Tidewater Virginia. Building on that study and others, on March 10 of this year the Sierra Club released Sea Level Rise: What Should Virginia Plan For?

Both studies agree on some pretty sobering numbers. By the end of this century, the sea level in Norfolk, Virginia, is projected to be 3.6-5 feet above the level in 1992. By that point, the sea will be rising more than half a foot per decade. The numbers are higher for Virginia than for many states, in part because the land around Hampton Roads is also sinking at a rate of about one foot per century.

Although Hampton Roads gets most of the media attention, sea level rise threatens the entire Virginia coastline and the tidal portions of rivers, including the Potomac River all the way up to Alexandria and Washington, D.C. A whole lot of people should be consulting topographic maps before they make their next real estate decision.