From the Climate Action Campaign:

(NORFOLK, Virginia) – Tuesday, April 19, 2022 at 11:00 am, Virginia Delegate Nadarius Clark, Norfolk Councilwoman Andria McClellan, and faith leader Reverend Mark Byrd joined long-time Hampton Roads area churchgoers for a press conference highlighting the threat of coastal flooding to over 200 places of worship in the region. Speakers called for the U.S. Senate to pass $550 billion in crucial climate investments that passed through by the U.S. House of Representatives in November. These investments aim to cut carbon pollution in half by 2030 and mitigate future flooding that is expected to severely impact this area.

Historic places of worship along the coast have become particularly vulnerable to coastal flooding over the last decade. Over the next 40 years, continued coastal flooding and the rising ocean in Hampton Roads will put an estimated 229 churches, synagogues, and mosques at risk of destruction, wiping out centuries of history, architecture, and community ties.

Predictive models from a National Oceanic and Atmospheric Administration report project the U.S. sea level to rise up to a foot by 2050 along the coast, with other estimates showing 3 feet of potential sea level rise by 2060.

“Climate change is the challenge of our generation and will require resources and the dedicated work of people at every level of government to confront,” said Norfolk Councilwoman Andria McClellan. “But to do what is necessary to protect our communities and prevent flooding in districts like my own, we simply must have full, committed action from our federal partners. Every moment that passes without climate action, Americans face real costs exceeding $148 billion per year in climate chaos, based on recent trends from NOAA. We can act decisively now to establish a secure and sustainable future for our coastal communities, but that’s only possible if the Senate comes together and passes legislation to provide for these much needed climate investments.”

Speakers also thanked Congresswoman Elaine Luria and Congressman Bobby Scott for their votes for the climate and clean energy investments last November. They thanked Senators Mark Warner and Tim Kaine for their past leadership on climate issues, and urged them to champion climate action during the ongoing negotiations and to help secure enough votes to pass this critical legislation as soon as possible, because they noted that the time for climate action is now, and the Senate can make meaningful change by investing in clean energy to fight back against devastating climate change.

“Climate change is a far-reaching and multifaceted threat that demands a strong and comprehensive response,” said Delegate Clark. “The growing impact of floods in the Hampton Roads region is a constant danger to vulnerable communities, and it attacks our homes, our public infrastructure, our livelihoods, and even our ability to practice our faith. We cannot simply sit by while this problem compounds. We need leaders like Mark Warner to champion climate priorities and put together the votes the Senate needs to deliver the critical resources we need to weather the climate crisis. This $550 billion is essential in our fight against this crisis, but it is also our best chance to lay the groundwork for a stronger Hampton Roads across the board. We need the Senate to unite around this package and pass the bill.”

At present, 164,000 Virginians are at risk of coastal flooding, a number that is expected to rise to 304,000 by 2050. Rising sea levels fueled by climate change will devastate coastal communities in the region. For the survival of churches like Christ and St. Luke’s Episcopal Church and hundreds of other places of worship along Virginia’s coastline, federal action is necessary. Speakers called on the U.S. Senate to approve the $550 billion in climate change investments passed by the U.S. House last year that aim to cut carbon emissions in half by 2030, to advance environmental justice, and foster an equitable transition to clean energy.

“When you look at the impact that storms and flooding are already having on our homes and places of worship, you can see clearly that climate change is not some distant hypothetical, but an ongoing crisis that demands a response,” said Reverend Byrd, senior pastor at New Life Metropolitan Community Church. “There are hundreds of thousands of people of faith in this region alone, and the flooding, which has already disrupted or in some cases nearly destroyed the places of worship that serve them, is expected to become even more severe in intensity and frequency.  It is our responsibility to ensure that churches throughout the region have a viable future and that we build a Virginia that lifts up our communities rather than leaving them in the path of the storm.”

A full video of the press conference can be found HERE. 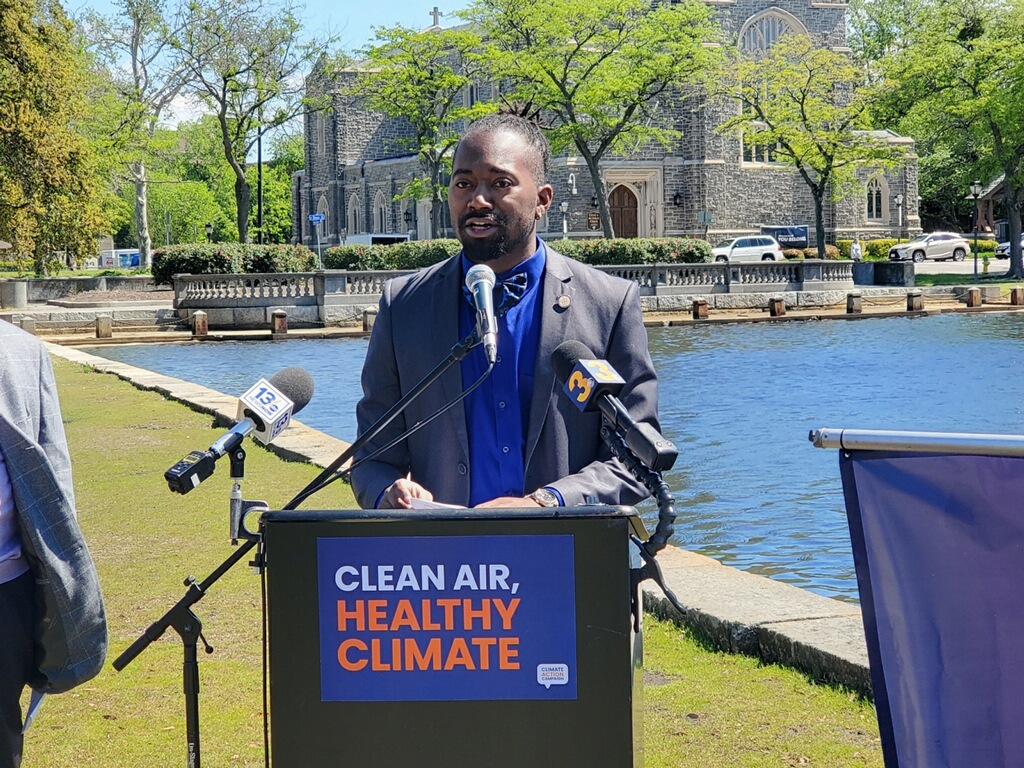 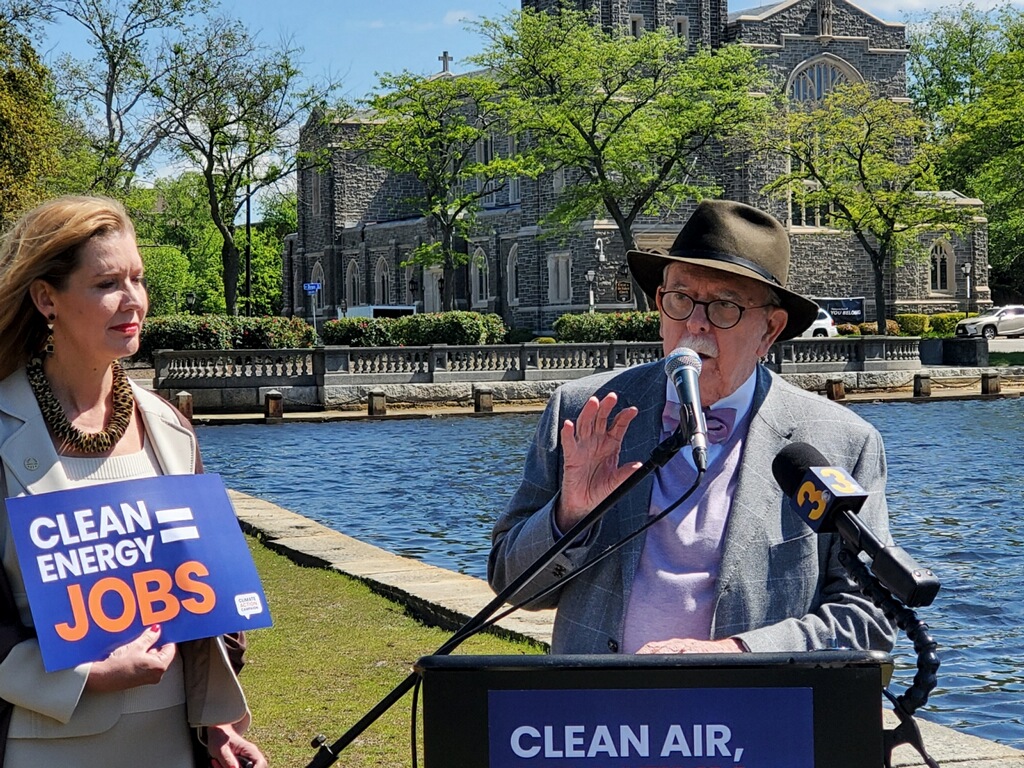 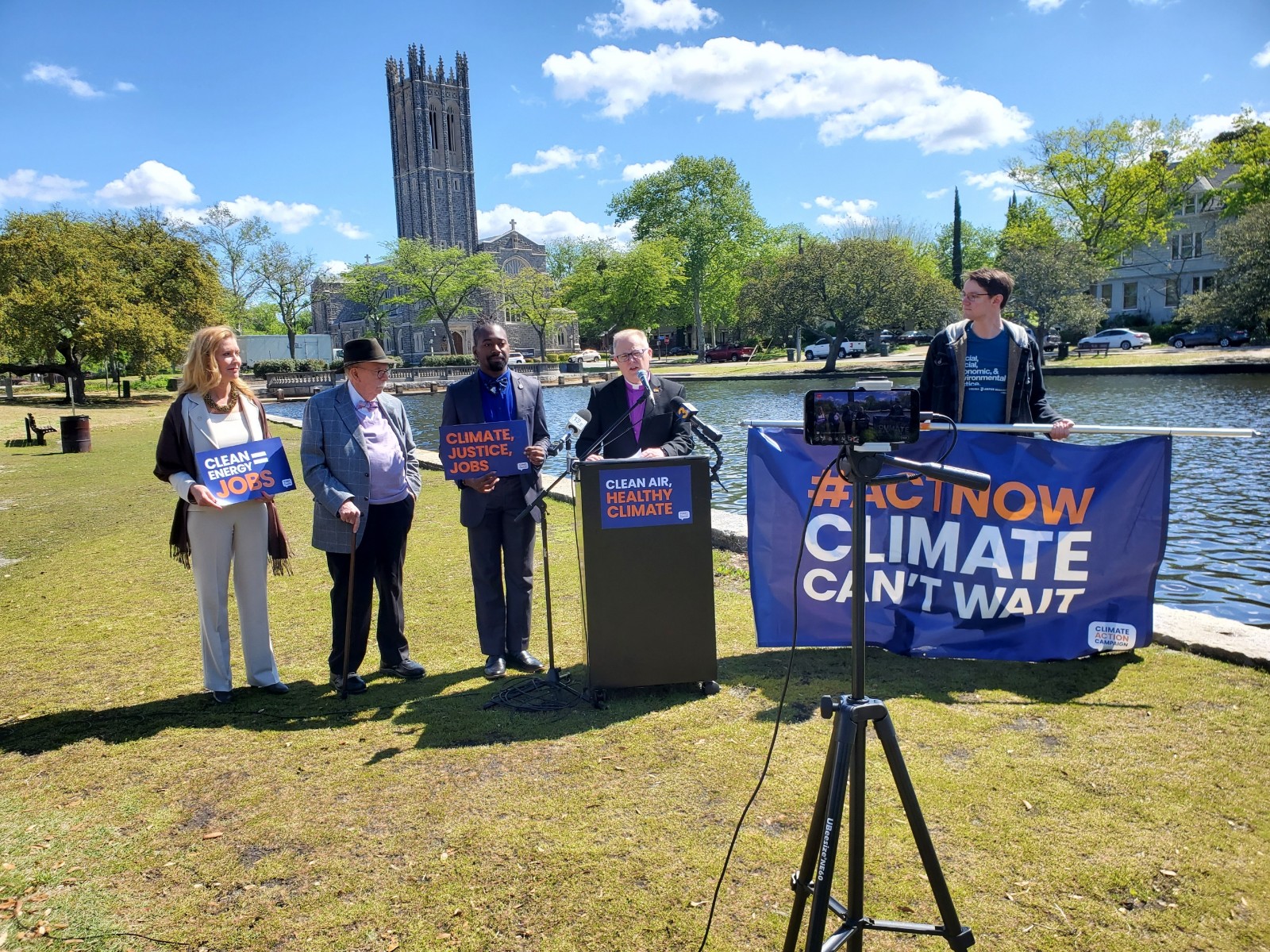