lowkell - December 3, 2011 14
In a pathetic speech that demonstrated zero self awareness and blamed everyone but himself for his OWN horrible behavior, Herman "999" Cain just announced that he's "suspending" his campaign for President.

Who benefits from this? Clearly, according to Public Policy Polling (one of the best pollsters in the business):

If Herman Cain really ends up dropping out of the race Gingrich's surge should continue in the next few weeks, unless/until something starts happening to erode his popularity. Why? Because Cain's supporters absolutely love Gingrich. And they absolutely hate Mitt Romney.

In other words, right now Newt Gingrich has a huge smile on his face. Mitt Romney? Well, he's probably figuring out how he can flip flop and endorse "999" or whatever it takes to get Herman Cain's endorsement. Unlikely that will happen, though. Bottom line for Romney: he's in serious trouble heading into the Iowa caucuses in just 30 days or so. Personally, as a partisan Democrat, I couldn't be happier to see Newt Gingrich, with his tremendous character flaws/warts/etc. as the Republican nominee. But even if Mitt's the nominee, I'm confident that the American people will choose the infinitely better Barack Obama for reelection over the flip-flopping (including on his own flip flops! LOL), valueless, soulless, "corporations are people," career politician Mitt Romney. So, farewell to Bad Pizza Dude, watch out as the Newt-ster rises, and Go Obama (who also benefits if Newt wins the nomination)!

P.S. That's one less candidate for Krazy Kookinelli to question tonight on Faux "News." Such a shame.

P.P.S. How does Cain's wife do this pathetic "stand by your man" thing, when we all know that Cain is a serial and shameless adulterer? She really needs to divorce his sorry be-hind.

UPDATE: I couldn't agree more with John McCain's 2008 campaign manager, who says, "That Cain's candidacy was taken seriously for longer than a nano-second in a time of genuine crisis for the country raises fundamental questions about the health of the political process and the Republican party." I mean, seriously, "999" made Voodoo Economics look like it should be up for a Nobel Prize, and Herman Cain himself...my god, where do you even start with how crazy, wacky, weird, clueless, and unqualified to be president that guy was. Yet he actually LED the Republican field for a while, and was in double digits for longer than that? Yikes. This party is truly off the deep end. Of course, they were also off the deep end in 2008, when they - John McCain's campaign, that is - picked Sarah Freakin' Palin for VP. It's simply astounding to think what's happened to this once-great party...

Our Country is Not a Video Game: Herman Cain, “Sim... 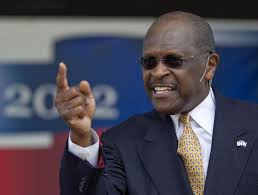 The supposed "meteroric" rise of Herman Cain (if you call 25-27% in a few polls meteroric, which apparently the so-called MSM do) has been in the works for years. But for the seriousness of his attempts to destroy the economic security of most Americans (including moi) with his 9-9-9 plan, it would be laughable when Herman Cain presents as a presidential candidate. The emptiness, phoniness and hypocrisy runneth over. Cain has had the gall to blame unemployment, economic crisis and all the related negatives on the people suffering because of Bush, Republican and conservadem deregulators, and corporate malfeasance. But it is so much worse than those things.

Some Values!
When Herman Cain talks about what is wrong with America, what he (a wealthy man) really means is that, in his mind, he doesn't make "enough." He wants Americans to hand over more of their hard-earned money in the form of tax increases, so people like him can pay less. 9-9-9 is the trifecta of arch-conservative ideas because it: 1) Destroys Social Security (by ending the payroll tax); 2) Destroys Medicare (by ending the payroll tax) and 3) Makes the middle class and poor pay thousands more in taxes, while helping the rich pay less than ever.

Substitute “Synagogue” or “Church” for “Mosque,” How Does That Sound? 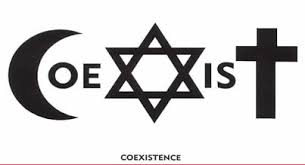 According to Republican Presidential candidate Herman Cain, who is actually doing quite well by the way, American communities "have the right to [ban a mosque]" if they want to. In Cain's view, "That's not discriminating based upon their particular religion. There is an aspect of them building that mosque that doesn't get talked about. And the people in the community know what it is and they're talking about it."

Not cool, huh? In the first case, it's blatant anti-Jewish bigotry. In the second case, it's blatant anti-Christian bigotry. So, what's the difference when Cain talks about mosques? Or how about when two Republican presidential candidates, including one front runner, sign a pledge calling for "Rejection of Sharia Islam and all other anti-woman, anti-human rights forms of totalitarian control." Of course, as educated people know, there's no such think as "Sharia Islam," but there is such a thing as "Sharia," "the code of conduct or religious law of Islam." That's just like the Talmud and/or Torah for Jews; or possibly Canon Law for Roman Catholics ("a fully developed legal system, with all the necessary elements: courts, lawyers, judges, a fully articulated legal code and principles of legal interpretation."), etc. So, per Herman Cain, should we ban "Talmudic Law" or "Canonical Law," while we're at it?

Look, it's fine for Herman Cain or Michele Bachmann or Rick Santorum if they want to be bigots. It's even fine, in this country, for them to spout those bigoted views every chance they get. What I do NOT think is fine is for a significant percentage of Republicans to support one or more of those candidates for President of the United States. That is deeply, deeply disturbing, as it's the antithesis of everything it means to be an American. WTF, did these people all skip K-12?