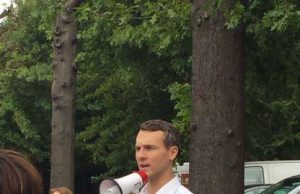 lowkell - November 10, 2018
0
The "winds of change" are blowing these days - literally, it feels like this morning! haha - in politics, mostly in the "blue" direction... 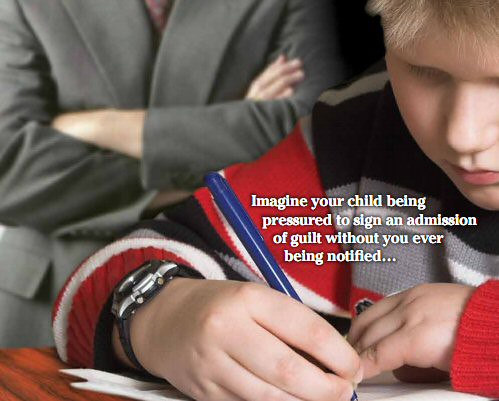 In the race for Braddock District Supervisor, Democrat Janet Oleszek is finishing very strong, outraising Teapublican John Cook by a 3:1 margin in late money (see VPAP -- it's actually  $99K-$33K in October and early November). Also, note that raising close to $100K in a district Supervisor's race in one month - let alone a CHALLENGER - is unheard of. Impressive.

Meanwhile, Janet Oleszek's mail program (click on the images of her superb mail piece #5 to "embiggen") has been, by all accounts - including John Cook's! - superb (in his recent email attacking Sharon Bulova, Cook noted that Oleszek had run "a great ad campaign"). Ha.

In contrast, everything I'm hearing is that Cook's mail campaign has been pathetic, low-quality, uninspired, ineffective, amateur hour (in the worst sense) basically. I'm hearing that the reason for this, in large part, is Cook's incredible arrogance, utter unwillingness to take any advice, and other fine personality traits like loving the sound of his own voice and really

believing he's got a great deal to tell the world (and that the whole world NEEDS to hear it - lol!).

Given all this, it's no wonder that all eyes will be on Braddock Tuesday night, looking for a possible stunning upset victory by Janet Oleszek over the "borrow-and-spend," Ken Kookinelli/Tea Party-backed faux "moderate" John Cook. This should be a fun one to watch - stay tuned!

There are no two ways about this one (see press release from the Oleszek campaign: below), it's a HUGE endorsement for Janet Oleszek. That the Fairfax Police, arguably the most respected organization in Fairfax County (along with the firefighters and Fairfax Sheriff Stan Barry, who have also endorsed Janet), and a group which endorsed Republican Ken Cuccinelli (over Janet Oleszek) in 2007, has now endorsed Janet Oleszek over Republican John Cook, speaks volumes. For one thing, it demonstrates how much Janet's improved as a candidate since 2007. It also, as the endorsement states, stems from their confidence in  Janet being "exactly right on the current issues facing the police department."

Finally, I'd just add that although this endorsement is entirely positive FOR Janet, the subtext is that the Fairfax Police are clearly expressing their LACK of confidence in the incumbent Braddock District Supervisor, John Cook. That's got to be painful for Cook, as well it should be. So sad for John Cook, so great for Janet Oleszek! :)

Oleszek sweeps endorsements from Police, Firefighters and the Fairfax Sheriff

Janet Oleszek is proud to announce the endorsement of the Fairfax Coalition of Police (Local 5000).  In response she issued the following statement:

Mike Scanlon, President of Local 5000 made the following statement:

"We were proud to endorse Janet Oleszek, who has always been a friend of public safety.  Janet is exactly right on the current issues facing the police department.  Police spend their years on the force building relationships in the community that help us solve crimes and keep the public safe.  We need a Supervisor who understands the importance of protecting the promises Fairfax has made to our police with their compensation and pension.  Otherwise we will continue to lose officers to other law enforcement agencies, costing the taxpayers millions in new training."

See the following press release for great news on the endorsement front for Janet Oleszek!! This endorsement is especially impressive when you consider how rare it is for the Fairfax firefighters to endorse a non-incumbent in a County Board race.  In fact, the last time they did so was 1999, when Cathy Hudgins defeated incumbent Bob Dix. Also of interest: apparently, there is no record, at least in the past 20 or so years, of any Fairfax County Board incumbent opposed by the firefighters being reelected. Should John Cook be getting worried? It sure seems like it, but frankly, as a Janet Oleszek supporter, I'd rather see our Tea Party/Kookinelli-supported friend continue along the overconfident, arrogant road he's been on. Heh.

Janet Oleszek is proud to announce the endorsement of the Fairfax County Professional Firefighters and Paramedics (Local 2068). In response she issued the following statement:

"Fairfax County Firefighters are known worldwide for their accomplishments and I am thrilled to accept their endorsement of my campaign.  The next Supervisor in Braddock District must be committed to public safety- especially as we consider the budget.  Supervisor Cook has voted against public safety when he has voted against Fairfax County's budget."

Oleszek also noted that during the last debate she used one of her rebuttal opportunities in response to Supervisor Cook questioning the need for a 4th firefighter on Fairfax ladder trucks. "This has been an issue the fire and rescue department has identified since a 2001 internal review.  The lack of a 4th firefighter on ladder trucks creates safety issues for the other firefighters and paramedics.  I was appalled that John Cook still doesn't seem to understand this".

John Niemiec, President of Local 2068 made the following statement:

"We were thrilled to endorse Janet Oleszek, who has always been a friend of public safety.  Janet is exactly right on the current issues facing the fire and rescue department.  Our firefighters were shocked to learn that Supervisor Cook continued to publicly attack a policy that the fire and rescue department has identified as a way to make our jobs safer. We will not stand for politicians that try to save a buck by putting our citizens or our personnel in jeopardy. Supervisor Cook's position is irresponsible and unacceptable".

There's a stark contrast here: 1) on the one hand, a dedicated and effective advocate for public education in Fairfax and beyond (that would be Janet Oleszek); 2) on the other hand, a Tea Party/Kookinelli favorite (that would be John Cook) who's busy fundraising with a governor who's slashed education funding - and hinted at more to come.  If you care about public education, the choice here couldn't be clearer: Janet Oleszek for Braddock District Supervisor!

Governor McDonnell Comes to Fairfax To Fundraise For John Cook

In response Janet Oleszek- endorsed this week by the Fairfax Education Association- released the following statement:

Yesterday the Governor attended the State Board of Education meeting and hinted at even more potential cuts to come next year.

John Cook needs to put our Fairfax County Public Schools first- not himself.  I call on him to reject any money raised from this event until the Governor will pledge no more cuts to public education in his upcoming budget."

See below for an excellent, timely statement by Janet Oleszek, the Democratic nominee for Braddock District Supervisor against Tea Party favorite John Cook. I certainly join her in deeply thanking the region's first responders for their outstanding work through all kinds of crises and disasters, natural and human-caused (e.g., 9/11).

"In the past month, we have faced an earthquake, a hurricane and now massive flooding in Fairfax County.  In each of these events, our outstanding police and fire fighters have responded with consummate professionalism, working long hours and extra shifts to save countless lives of our citizens and pets and to protect our property.  On behalf of all the citizens of Fairfax County, I want to recognize and thank them."

"This weekend brings the 10th anniversary of September 11th.  In that event - as they have done so many times - our first responders in Fairfax County were some of the first people on the ground in Arlington to assist in a regional crisis."

"The past few budgets have been tight with the economic downturn.  Since 2008, our police and firefighters have not received a raise from Fairfax County- or even a cost of living increase.  This is unacceptable.  I promise the voters of Fairfax County, if I am elected that our first responders will receive a regular cost of living increase in addition to any money for across the board pay raises that the board can find."

Great news from the LGBT Democrats of Virginia PAC, which has unanimously and strongly endorsed Democrat Janet Oleszek for Braddock County Supervisor over the other candidate, the one I call "McCain-Palin Dude" (because he said he strongly supported McCain-Palin for president and vice president in 2008, and also because he's been a Republican his whole life, has never been involved with Democrats, donated to them, volunteered for them, etc.). As the Virginia Partisans LGBT PAC endorsement says, Janet Oleszek "has consistently stood with the LGBT community, refusing to compromise her principles in favor of politics." Go Janet!

Fairfax, VA (Wednesday, August 10, 2011) - The Virginia Partisans, PAC of LGBT Democrats of Virginia, today announced the unanimous endorsement of Janet Oleszek for the Fairfax County Board of Supervisors to represent the Braddock Magisterial District. VA Partisans President Tiffany M. Joslyn praised Janet's commitment to equality, stating "Janet has consistently stood with the LGBT community, refusing to compromise her principles in favor of politics."

Responding to the endorsement by the PAC Board, Terry Mansberger, LGBT Caucus Chair stated, "Janet has been a long time personal friend of mine and the LGBT community for many years and was a leading advocate for safe schools for all our kids as an At-Large County School Board Member. I'm thrilled to see the VA Partisans PAC return that support and look forward to Janet's strong progressive voice for full equality on the Board of Supervisors for Braddock District and our Fairfax area LGBT community!"

The following press release (see the "flip") is from the Janet Oleszek for Braddock Supervisor campaign. I strongly encourage everyone to volunteer, donate, and/or vote for Janet on August 23. John Cook is a right wingnut in a "swing" district that used to be represented by Democrat Sharon Bulova, until she became chair of the Fairfax County Board of Supervisors. Well, now it's time to return this position to Democratic control. And no, that doesn't count Janet Oleszek's primary opponent, who identified himself as a "strong" McCain-Palin supporter in 2008, and who has absolutely ZERO history of involvement in Democratic politics, in helping Democrats, in donating to Democrats, etc. In other words, the Demoocratic primary is a real Democrat vs. a Wisconsin-style fake "Democrat" who's actually a Republican. This is not a hard choice: go Janet!