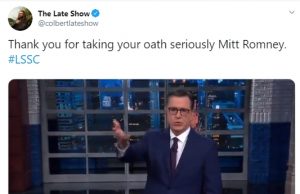 Thursday News: “There can be no exoneration without a legitimate trial”;...

lowkell - February 6, 2020 10
by Lowell Here are a few national and Virginia news headlines, political and otherwise, for Thursday, February 6. Thank you for taking your oath seriously Mitt... 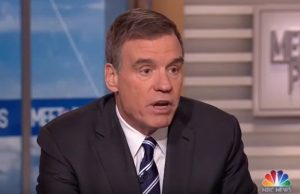 Sen. Mark Warner: “The continuing chaos in Iowa is illustrative of... 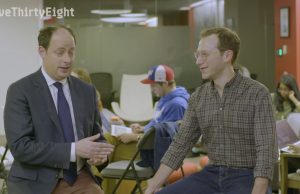 lowkell - February 4, 2020 9
by Lowell Here are a few national and Virginia news headlines, political and otherwise, for Tuesday, February 4. Oh...and can we finally, once and for... 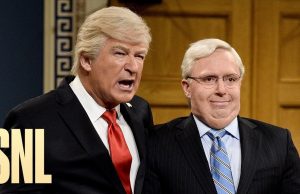 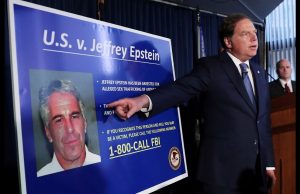 lowkell - March 10, 2019 1
by Lowell Here are a few national and Virginia news stories, political and otherwise, for Sunday, March 10. ﻿ China Pushes Against U.S. Trade Demands on...

Blue Virginia - January 16, 2019 10
Cross posted with permission from the great folks at "Bleeding Heartland" in Iowa. We can add one more name to the list of presidential candidates...

Thursday News: “Brett Kavanaugh should be radioactive for Republicans”; “Trump to...

lowkell - September 20, 2018 9
by Lowell Here are a few national and Virginia news headlines, political and otherwise, for Thursday, September 20. North and South Korea just signed a...

BatCave - September 13, 2015 0
Bernie Sanders has taken a commanding 22 point lead over Hillary Clinton in New Hampshire according to newly released polls.  The same poll also shows Sanders lead swelling to 10 point in the state of Iowa.

The new poll finds Sen. Sanders with 52% support among Democratic primary voters in New Hampshire, while former Secretary of State Clinton, long considered the front-runner for the 2016 Democratic nomination, receives 30%. Recent polls have shown Sanders' lead growing in the Granite State, but this would be the first to show the Vermont Senator over 50%.

Possibly more worrying for the Clinton campaign is her performance in Iowa, where Sanders now leads by 10 points, with 43% to Clinton's 33%.

Until recently Clinton had retained an edge in Iowa, the other first-in-the-nation voting state along with New Hampshire. A recent CNN/ORC poll found the pair tied among likely Iowa caucus voters.

Clinton's campaign continues to struggle with messaging and managing her command that is surprisingly reminiscent of Clinton's 2007-2008 campaign.

All of this is problematic for Clinton as newly released polls in the last few days show Clinton losing to Donald Trump in a head to head poll.

Accessible/ASL Parking: Fair Grounds Parking Gate A off Dumfries Road. Please make sure to have your accessible parking placard visible.

Hope you can make it to the rally and #FeelTheBern!

Use this link to RSVP:

If you would like to participate in a carravan/ride sharing program from Warrenton to the rally, you can use this link to RSVP:

If you would like to attend a debate watch party in Arlington, Alexandria, or Woodbridge, you can use this link to find the party closest to you:

If you would like to set up your own debate party for October 13, 2015, you can use this link:

Bernie's Sanders campaign is funded by people just like you and me and they don't accept PAC money so if you would like to contribute, please use this link: