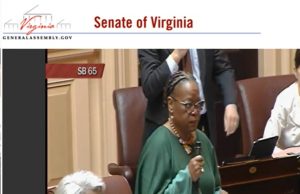 lowkell - February 4, 2020 4
For anyone who denies that white privilege is a real thing, I present to you...the following video of this afternoon's debate, in the Virginia... 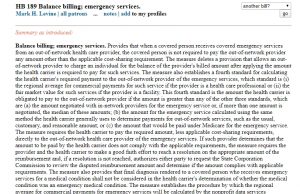 One Small Problem With the Virginia Voter Photo ID

If you show up to vote with only your shiny new Virginia voter photo ID, you won't be allowed to vote. Yep, that's right, despite the genius that is the Virginia General Assembly, a separate class of voters has been created; one that requires two forms of identification to vote.

I want to believe the Governor and the Attorney General can work this out and find the way to resolve it by issuing an executive order that requires the new photo IDs contain sufficient information to allow a voter to vote. As I discussed in an earlier post about this absolutely inane law, the code was crafted in an effort to suppress the vote through subtle intimidation. It isn't quite working out the way Republicans originally intended. The offending affirmation on the application for the ID appears to have been removed. But as of now, the new ID is insufficient to allow Virginia citizens their right to vote. They are also required to bring an item that shows they live at the address where they are registered. Of course, that is in the small print somewhere, someplace where it is not evident...until election day.

Though I am certain that appropriate scrutiny by federal authorities would invalidate such a requirement, that requirement is not stated in the code making this a fight that would probably carry on beyond this fall's elections. So despite my adamant opposition to this law, it is time to call upon Governor McAuliffe to make it less wrong. Issue an executive order that directs the new identification card contain sufficient information to allow one to vote. Operative word describing the identification card: "Voter;" NOT "photo."

Yes, this will increase the lifetime cost of the statute because some of these voters will move and will require a new ID. But that is the burden of poor legislation: a tax on our legislators' ignorance borne by us.

Dan Sullivan - November 6, 2012 0
Someone pulled aside or asked for something you don't have? If you are at your normal polling place and have one of the forms of identification listed here, not to worry. But first time voters require a different standard. Know what you need so you don't have to vote provisionally.

Don't go righteous if you hear a photo ID being suggested as a form of ID. Understand that each voter is an individual case and a photo ID satisfies a special situation. There is no evidence the people working inside the polls, the election officials, are a source of voter suppression.

Remember that the voter registration card is everything you need. Don't cast a provisional ballot. (But if you must, make certain you validate your vote by this Friday.) Some odd situations: If you requested an absentee ballot and didn't vote absentee, you'll have to go through a drill. But you can vote. If you didn't change your registration after a move, you can still vote in your old precinct if you voted there last general election. In either case, vote.

Lesson from Jim Cramer’s Dad’s Effort to Get a Photo ID:... When last Tuesday "Mad Money's" ranting financial guru, Jim Cramer announced with outrage that his father couldn't get a photo ID, I had high hopes that at last people might listen. Cramer's father was a veteran, but had no proof of citizenship. I thought just maybe people who see no problem with increasingly restrictive voter ID laws would understand what the poor and the elderly have to go through.

But barely had Cramer announced his father's problem when a PA official let him know he would be helped. That's nice. It turns out being a celebrity matters and equal protection under the law means, well, squat. But vote suppression by any other name is still vote suppression.  And where vote suppression is concerned, to hell with the rest of the voting public.

Would the same thing have happened if the complainer were a Democrat? I doubt Jim Cramer is. And the rush to help Cramer, but no one else, pretty much proved the point.  By their quick action, the PA official assured that a loud voice was quieted.  Soon, they hoped, everyone would forget.

The upshot is the to fix a non-existant problem real people are being kept from voting.  When I went to the DMV this summer the wait was two hours.  The very next day waits got longer when kids were out on summer vacation making waits even longer. Some people had to stand.  And for many seniors that may be prohibitive. This new push toward more identification happens at the very same time Republican legislatures have cut back DMV hours across the country.  They should lengthen, not shorten, office hours.