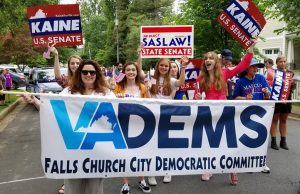 Cindy - July 25, 2019 0
by Cindy The Falls Church City Democratic Committee voted last Wednesday to issue the following statement affirming its belief in having a community that welcomes...

Barbara Comstock, Defender of the Indefensible 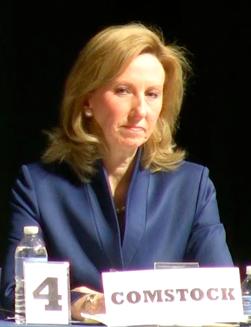 Barbara Comstock, who wants to be the 10th District's chief lawmaker, has a fatal attraction to law-breakers.  She has literally made a career of defending Republicans guilty of crimes, corruption, even treason.  And by "defending", I don't mean saying a few nice things about -- I mean creating and leading big legal defense funds and PR campaigns aimed to keep these crooks out of jail.

Don't believe me?  Here are two names to recall from the recent past: "Scooter" Libby and Tom De Lay.

Exhibit A: I. Lewis "Scooter" Libby, Dick Cheney's Chief of Staff, was notorious for leaking the name of undercover CIA agent Valerie Plame in 2003 -- to punish her husband for revealing the faulty intelligence underlying George Bush's claims that Saddam Hussein's Iraq had weapons of mass destruction.  With this act of political retribution, the man threatened the lives of agents in the field.

So who stepped forward to "mastermind the Scooter Libby defense committee"?  None other than Comstock, "a corporate lobbyist and Bush loyalist bearing checks with Libby's name on them."