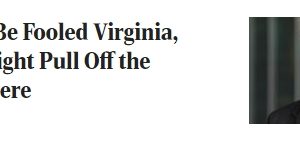 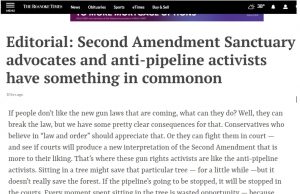 Here We Go Again with the Roanoke Times Editorial Page 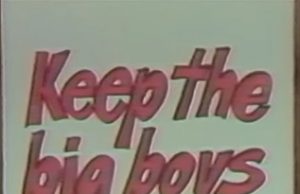 I Knew Henry Howell (He Was My Father), and David Suetterlein...

Blue Virginia - February 17, 2019 1
by Henry Howell III The ever iconoclastic Henry Howell - my father - was a civil rights leader who fought "massive resistance" to open public... 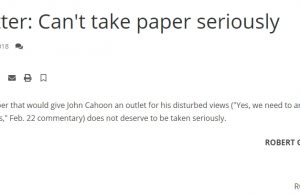 lowkell - February 16, 2019 7
Generally speaking, I've viewed the Roanoke Times editorial board as not great, but not horrible in terms of partisan/ideological lean. As for their op-eds,...

FreeDem - September 12, 2017 1
by Free Dem "Indeed, the panic of white slavery lives on in our politics today. Black workers suffer because it was and is our lot....

In today's Roanoke Times, Metro columnist Dan Casey explains clearly and convincingly why Virginia's supposed budget "surplus" is actually a deficit.  Here's an excerpt, bolding added by me for emphasis.

First, the General Assembly demanded that businesses remit to the state in June tax receipts that ordinarily would have been paid in July, after the new budget year began. (Former Gov. Tim Kaine, in the budget he proposed just before leaving office, came up with this gimmick.)

This allowed the bean counters to treat $227 million that ordinarily would have been booked as 2011 revenue (the current budget year) as money that came in the 2010 budget year.

That wipes out any so-called "surplus" right there. But it's actually worse than that.

Because all those July payments were counted in June, we started the 2011 fiscal year $227 million in the red. The General Assembly has agreed to do the same thing next year to take care of that.

Which means the budget year that starts next July also will begin in the red.

But it's even worse than that.

The other game they played was with the Virginia Retirement System, which handles state employee pensions. In the final three months of the 2009 budget year, the state simply didn't make $135 million in payments it owed to the system.

You don't get more dishonest than that. No wonder why people are cynical about politics and politicians.

P.S. NLS points us to this article, by "Americans for Limited Government" president Bill Wilson of Fairfax County, who says, "Reported surplus in Virginia nothing more than political theater."

Dan Casey, the free-spirited columnist for the Roanoke Times, has a "spot on" column today about Virginia's strange new attorney general. Casey states,

This cornball prudery, on lapel pins handed out to Cuccinelli's staffers, produced news over the weekend that's worth a laugh or two at the expense of our apparent boob-fearing AG. But it shouldn't distract us from some very unfunny moves Cuccinelli is making.

Casey is referring to Cuccinelli's over-reaching demand to the University of Virginia for all the correspondence of former UVa climate researcher, Michael Mann. Cooch's 14-page subpoena demands not only copies of all of Mann's conversations with 38 other climate scientists but even wants all contacts with "all research assistants, secretaries or administrative staff" with whom he worked, plus all his research data.

All of us should keep in mind that this "fishing expedition" by Cuccinelli is in the hopes of finding a reason to file a civil case against a highly respected scientist. Just how respected is Dr. Mann?