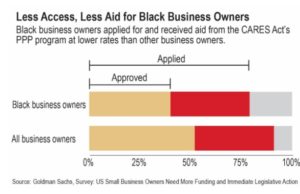 Blue Virginia - July 27, 2020 1
From The Commonwealth Institute for Fiscal Analysis: Latest Data Shows Trend Toward Economic Recovery, but Black Workers and Businesses are Being Left Behind With economic activity... 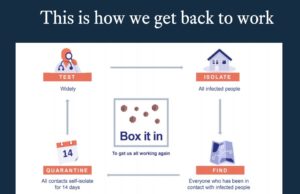 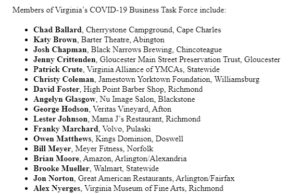 lowkell - July 10, 2019 2
When I got involved in Virginia politics back in 2005, one of the first things I noticed was that Virginia governors and other elected...

lowkell - July 12, 2017 2
From Gov. McAuliffe's office; so much for another idiotic talking point by Ed Gillespie, who is constantly bad-mouthing Virginia's economy. Virginia Jumps Six Spots in...

The Business of America Must Be…America

5oclockshadow - November 24, 2016 1
by Josh Chernila President Calvin Coolidge held office during the era in American history that was unprecedented in its experience of class division and wealth...

There's an amusing new meme floating around among conservatives desperate to salvage the sinking ship of Ken Cuccinelli's gubernatorial campaign -- namely, that he is "feared" by the Republican establishment because, while they are propped up by big business and crony capitalism, he is a man of the people, a superhero fighting to unleash liberty!

Make no mistake; you will never hear this blog claim Bill Bolling is a RINO.  Far from it.  But rather, Bolling is an establishment crony-capitalist conservative who, like his Dixiecrat forefathers, just wants to leave everything the same and let big business do what big business does.  Cuccinelli is looking to apply true limited government principles and truly unleash capitalism in Virginia.  Instead of our business being reliant on the federal government, state tax breaks, and giveaways he wants to create a commonwealth of opportunity and freedom.

You gotta give these guys credit: the Cuccinelli-as-Robin-Hood spin is a gem, and it's not like they have much to work with.  But sadly, the facts don't accord with this fairy tale.

It's really not that hard to ascertain for whom our Ayatollah General is fighting.  You can start with his donor list.  Clearly, big businesses are not too afraid of him, since they are shoveling hundreds of thousands of dollars in his direction.  Representatives of the fossil fuel industry seem particularly brave in this regard, as evidenced by the $352,341 they've given him from 2011 to 2012.  That includes $52k from coal and fracking giant Consol Energy, over $25k from Big Coal company Alpha Natural Resources, $40k from Dominion, over $27k from Appalachian Power Company -- and at least $50k from the Koch brothers and their firm Intrust Wealth Management.

lowkell - February 27, 2012 3
It's good to see Northern Virginia business leaders telling Governor McDonnell what they think of his party's "extreme proposals governing social issues." In short, they don't think much of it at all. To read the entire letter from the business leaders, click here. Also, check out the video of Del. Brink (D-Arlington) speaking about their letter.

Dear Governor McDonnell and Members of the Virginia Legislature,

As business leaders and employers in Virginia we applaud your successful bi-partisan efforts to keep Virginia first in national rankings as the most business-friendly state.

We urge you to maintain this ranking going forward by ensuring Virginia is a magnet for the best and the brightest employees and entrepreneurs. Specifically, we urge you to reject extreme proposals governing social issues on which Americans are passionately divided. Otherwise it will be difficult for Virginia to attract and retain the entrepreneurs and talent we need to grow Virginia.