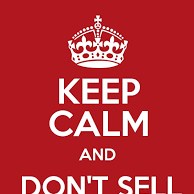 Why So Many More British Tories Than America’s Republicans Acted From...

Andy Schmookler - September 11, 2019 0
When recently almost two dozen Tory (Conservative) members of Parliament turned against their Prime Minister, Boris Johnson, over their disapproval of his conduct over... 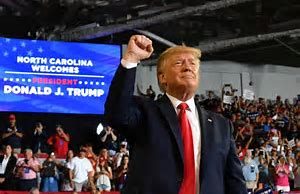 Enmity in America, Echoes of the Civil War Era

Andy Schmookler - June 6, 2016 0
This is a revised edition, going beyond the information in the flyer to flesh things out a bit. I'll be talking with people about "American... After President Obama's re-election victory on Tuesday, the great lies that composed the radical conservative narrative came to a head and vividly revealed an 'island of reality' inhabited by these individuals relative to the rest of the country. One radical conservative standard-bearer, Karl Rove, gave 19 reasons why the GOP lost the 2012 Election so badly. But for those of us living on planet Real World, the election results were a predictable consequence of extreme Republican Party policies that played to "angry white men" while leaving aside a broad spectrum of disparate voting groups.

In other words, Palin cannot believe that the Republican Party platform is to blame for President Obama's re-election. There MUST be some other reason for Mitt Romney's relatively decisive loss. And indeed, the basic message that came out of Karl Rove's justification of Romney's loss was not that the Republican Party platform was flawed, but that the policy platform for the GOP had not been marketed well to minority and women voters. No one can really be for big government and 'socialism' can they?? 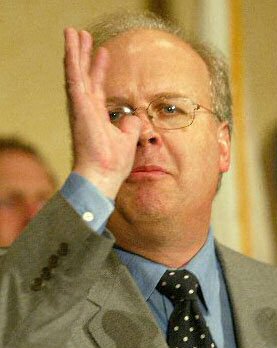 As a new political ad entitled "Basketball" begins airing today in Virginia by conservative "issue-advocacy" group Crossroads GPS, the outside group began spinning its negative web of misinformation throughout Virginia about President Obama and his record.

Never one to shy away from fiction in order to achieve his political goals, Karl Rove's new Crossroads GPS television ad shows a mother who noticeably ages stating that she voted for Obama in 2008 but "Now Obama wants more spending and taxes. That won't fix things."

The ad goes on to urge viewers to "tell President Obama to cut the job-killing debt," a debt which is largely the legacy of the last Bush administration under which Rove served. In fact, during Bush II's tenure as president, the debt was increased by $6.4 trillion, an increase in the debt that President Obama has not come close to.

But to Karl Rove and his Crossroads GPS, facts are mere play things that can be molded to turn public opinion this way or that, not concrete figures that dig deeper towards the truth.

For the Karl Rove's of the world, their primary motivation is leaving a trail, a legacy, of "genius" behind for the world to remember hundreds of years into the future. Rove wants immediate political victories now because he wants to further his own image as the genius that the Republican Party cannot live without and the individual who changed the course of American politics. The consequences and collateral damage be damned.