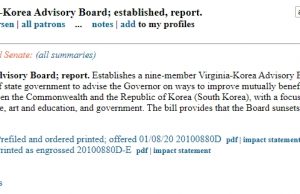 Coalition of Asian & Pacific Islander Leaders in the Commonwealth Against...

This Korean Summit Puts One in an Ambivalent Situation

Andy Schmookler - June 11, 2018 2
Trump meeting with Kim. On the one hand, a big success would be important, good news for American peace and security. On the other hand, a...

Andy Schmookler - April 18, 2017 0
Appearing in several newspapers in VA-06, this series announced itself as having no partisan agenda, no pre-conceived conclusion, but just the purpose of laying...

Andy Schmookler - April 17, 2017 1
This series will be appearing in at least two newspapers in the VA-06 region. This is the second installment of a series whose purpose is...

Trump as “Bull” in the American Foreign Policy “China Shop”

Andy Schmookler - June 16, 2016 0
This piece -- written before Hillary Clinton's excellent critique of Trump's suitability to be in charge of American foreign policy -- has run in...

What we have there is a counterproductive cold war paradigm client state face-off. For decades, when cast as a confrontation between east and west, tension between north and south had a basis. There is no natural division between the Siamese-twin Koreas; neither physical, tribal, linguistic, nor spiritual.

Those with experience on the Korean peninsula have perspectives shaped by their own when and why. Though there are still times of acute tension, the level of chronic anxiety has diminished with the changes in the relationships between the sponsor states. For some time, the sponsors (except for a brief and short-sighted thrust by Bush II) have considered the breaches of peace irritatingly counterproductive. In the big scheme of things, there is nothing in Korea to justify the sponsors expending national treasure and blood. For the Koreans, it is not much of a different story, though those south of the DMZ stand to lose more.

The Koreans understand this. They and their sponsors have written a variety of mutating scripts for the violent resumption of hostilities. The plans for the fighting remain variations on similar themes. The plans for intrigue are much more revealing. On both sides, there is a civil affairs design that works whether implemented as a result of war or of internal collapse. It is the more important plan.

Dan Sullivan - July 7, 2010 0
Former pretender to the Presidency, George Allen has "penned" an "OpEd" that is embarrassingly mistaken. Either he claimed authorship for a piece he didn't write or he has written history that isn't right. In either case, he proves once again that he lives in a world where facts are unimportant.

"A free society with abundant energy enhances and improves the health and quality of lives. That is the power of unleashed freedom, enabling prosperity through electricity, energy and education. As the satellite image shows; it is the difference been darkness and light." - George Allen (or his ghostwriter here)

That is his conclusion. It serves a number of masters and is intellectual pap for the believers. Apparently whoever wrote this wore a cloudy American lens; or is just lying. Don't get me wrong, the South Korean transformation is awe inspiring. When I returned there in 2003, I could not at first comprehend that this was the country where I'd spent ten freezing winter weeks in 1978 living in the field near the Demilitarized Zone; even more so during the ride from Inchon International Airport past Gimpo to the Seoul city center. True, none of this could happen under the tyranny of North Korean leadership.

But the fact is that South Korea's current vibrant economy is more the outcome of a 1998 bailout and stimulus package from the International Monetary Fund and the implementation of appropriate government banking regulation at the behest of Japan and the United States. All that following a crisis precipitated from, you might not be surprised, unsupervised privatization of the banking industry and unregulated and unfettered speculative lending; not to mention a monetary policy that ignored the realities of the market.

Poor George should stick to NASCAR picks and leave economics and history to people who have read books. And, quit being such a witless tool of the energy sector.