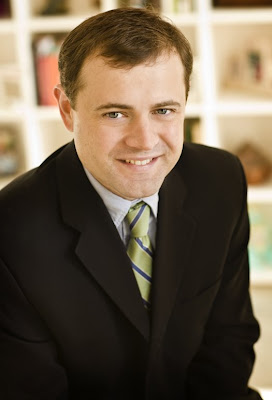 It showed Perriello talking with his constituents about the new health insurance law – talking with them as adults, which was mighty refreshing to see after a year in which calling your opponents “socialist” and prattling on about “tyranny” was treated as the height of reasoned debate.

As Perriello puts it:

…I think that those who are really passionate on either side have faded a little bit, and now the people in the middle are getting their turn to say, all right, walk me through it.

This is the law of the land now. And people get pretty excited when you go through things like extending the Medicare trust fund and bringing the cost of drugs down, allowing people into these exchanges to get cheaper health care, tax credits to small business. So, what you see is sort of a revival of the moderates in this debate. And I think people are liking what they see so far.

Talking about a law based on its actual features and merits – what a concept! Both the Congressman and the News Hour deserve credit for focusing on the facts buried deep beneath the hyperventilation.

And other politicians need to take a look at what makes Perriello such a great populist – simply breaking down the complexities of policy into clear English and hitting the pavement to talk with his constituents about it as often as possible.  It’s not rocket-science – it’s called representative democracy and we’re lucky to have a leader like him to show us how it’s done.  Go Tom!