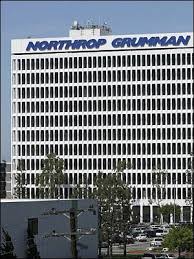 This article is one of the first intelligent things I’ve read on Northrop Grumman’s decision to move its corporate headquarters to northern Virginia. As usual, the “mainstream media” (aka, the “corporate media”) has completely failed to explain what really happened here. Fortunately, Tom Bowden gets it.

… is the move to Virginia as monumental as the headlines lead us to believe?

Three hundred highly paid executives will move from California to northern Virginia. Some empty space will be rented, homes will be bought and the ripple effect of the spending by these new Virginia citizens will certainly be welcome. We win! Go team!

But just as the announcement of the move started to fade as the news cycle moved on, I read this: “Northrop Grumman to lay off 330 people” at Fort Eustis.

So what just happened? Did we gain 300 jobs only to lose 330? Is this Northrop’s way of saying “thank you very much for the $14 million in tax breaks” that were, no doubt, a factor in their decision? Does this mean that 330 people, who yesterday were happily employed by the state’s newest Fortune 100 citizen, are now or soon to be on the street?

Answer: none of the above. This is a “teachable moment” on the danger of reading too much into sound bites and headlines about job losses and gains. And it seems to me that the entire process by which economic development agencies lured the headquarters to Virginia was political theater playing out in newspapers eager for headlines.

Bowden then proceeds to explain the economic impact of Northrop Grumman’s move(s) on the country (nil) and on Virginia specifically (minimal at best), as well as “the net effect of the tax giveaway” and the opportunity cost entailed by Virginia doling out this corporate welfare (key line: “If Northrop Grumman and other heavily recruited corporations paid the same taxes that our homegrown companies pay, Virginians – both corporate and individual – could enjoy lower tax rates or more services or both.”).

Essentially, to the extent this is a big deal at all (and Bowden argues strongly that it isn’t), this entire should make the following people less than happy: libertarians; anyone who cares about good government; conservatives, and anyone else who believes in the free market; anyone who opposes corporate welfare and/or states getting into bidding wars over large corporations; small businesses, which generally aren’t the object of these bidding wars; medium-sized businesses, which also aren’t normally the object of these bidding wars; taxpayers; and people who rely on services provided by Virginia state government. Other than all those people, who probably constitute 99.99% of Virginia’s population, the rest of us should be celebrating Virginia spending $14 million to gain 300 jobs lose a net of 30 jobs. Or, on second thought, not.