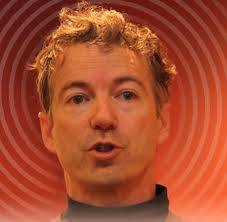 Are Keith Fimian and Pat Herrity “Rand Paul” Republicans? According to the chairmen of the Fairfax County (Rex Simmons) and Prince William County (Pete Frisbie) Democratic Committees, quoted in this press release from the 11th CD Democratic Committee, it’s quite possible.

Eleventh District Republicans canceled their biennial Convention this weekend — two weeks before their congressional primary — to shield the public from the extreme views, bare-knuckles brawling, and increasingly nasty attacks that have marked the race to the right between congressional challengers Keith Fimian and Pat Herrity, Democrats said.

The Republicans announced they canceled the event, which could draw more than 2,600 delegates, because “scheduling problems” precluded the appearance of either candidate at the convention and they had no races for party offices, but the chairs of the Democratic party organizations in the 11th CD had a different take.

“In most primaries, candidates would salivate at the chance to speak to a couple of thousand party activists and throw them some red meat to win votes just two weeks before a low turnout primary,” Fairfax County Democratic Committee Chair Rex Simmons said. “Unfortunately, what they are saying to the GOP party faithful now is definitely not what they want to public to hear in November.”

more after the “flip”

Fimian and Herrity have been espousing extreme positions on numerous issues that are way out of the mainstream here in Northern Virginia, the Democratic leaders said.

“These candidates want to abolish the Department of Education and turn back transportation dollars.  Those are not what’s needed in Northern Virginia as we work to protect our quality schools and find ways to solve some of the worst traffic congestion problems in the nation,” Prince William County Democratic Committee Chair Pete Frisbie said.

“The Fimian and Herrity campaigns want to run their primary campaigns underneath the radar,” said Simmons. “They don’t want mainstream voters who will cast ballots in November to hear their far-right rhetoric about who is more pro-gun or pro-life, and who would refuse the most funding for our schools, our roads, and our public transit systems.”

The Democrats suspect that Republicans canceled the event because they didn’t want to draw media attention at their congressional convention to Fimian and Herrity’s extreme campaign platforms or a catfight between the two candidates, particularly in light of Kentucky Republican Senate candidate Rand Paul’s recent controversial remarks in the media disparaging civil rights.