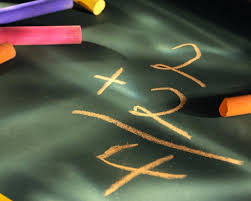 Here at Blue Virginia, we spend many joyful hours going after the right wing – cataloguing flaws in conservative thinking, opposing Republican policy disasters, and questioning whether such characters as Sarah Palin truly represent the finest in American statesmanship.

That said, I do believe there are thoughtful conservatives out there who bring something to the public debate and who are capable of listening and responding to reason.  So in the belief that such individuals exist, I am targeting today’s diary at them, with this message:

A genuine conservative, looking at the emerging court case of Cuccinelli vs. the University of Virginia, must – to be true to be his or her beliefs – support UVA in this fight.

While conservatism has a variety of strands (social, military, fiscal, etc.) clearly the ascendant brand in the U.S. right now, with the Tea Party increasingly in the Republican driver’s seat, is libertarianism, the belief in limited, “hands-off” government.  Scan most any Republican or Tea Party or conservative manifesto, blog or website these days and you will see the same words pop up over and over again, like “liberty”, “freedom” and “Constitution.”  Play out the concepts behind those words, and it is almost impossible for conservatives to support Cuccinelli without betraying the very principles they claim so passionately to believe in.

At the core of this controversy is Cooch’s attempt to forcibly intervene in the scientific process at a state university, by conducting a fishing exhibition to gather “evidence” to prove that a prominent climate scientist committed “fraud” for reaching conclusions that the Attorney General finds inconvenient.  This is truly a textbook case of government overreach – the very evil that libertarian conservatism exists to oppose. Indeed, I thought the whole point of that philosophy was to limit government to such essential matters as national defense, policing and such, while reducing the power and inclination of the government to stick its nose into everyone’s business.

Indeed, conservatives have long complained about “political correctness” and “speech codes” on campuses that they claim limit their free speech rights. How can they then turn around and applaud a government official trying to pick winners and losers in academia by intimidating professors through the state’s power to subpoena and prosecute?  If there are not enough real crimes and criminals in Virginia for the Attorney General to focus on, would not the conservative solution be to abolish this office altogether rather than to have it waste taxpayer dollars meddling in matters beyond its Constitutional mandate?

The most sacred freedoms, for both liberals and conservatives, are freedom of thought and expression.  Many on the right like to quote the great anti-totalitarian writers, like George Orwell and Hannah Arendt, whom I also deeply admire.  Orwell in his classic 1984 wrote:

Freedom is the freedom to say two plus two make four.  If that is granted, all else follows.

When the government decrees that two plus two equals five or six or seven, and cracks down on universities to enforce its ideology over the free pursuit of the truth, is that not where totalitarianism begins?

To be sure, there are other conservative traditions that may come into play here, but they are not traditions of which most people would be proud.  The witch hunt is a tradition that can be traced back to the Catholic Church’s crusade against Galileo and the Spanish Inquisition, through the Salem Witch Trials and the McCarthy era.  There is also the police state tradition, the belief in a strong executive most recently used to justify the use of unconstitutional practices against terrorism suspects.  If you believe in an all powerful government scapegoating intellectuals to placate the angry mob, then Cuccinelli’s actions against UVA may be for you.

But the final reason for conservatives to root for UVA over Cooch is simple politics.  There is no political benefit to be gained by crucifying professors that Republicans don’t like.  It will motivate the opposition and inflame the campuses to fight as hard as they can against the right.  You just don’t win in American politics by favoring ideology and conspiracy theories over academic freedom.  And that is what’s great about America – the country that both conservatives and liberals must always, in their own ways, guard against every threat of tyranny.